In considering the furor around President-elect Donald Trump’s decision to appoint Stephen Bannon, the chief executive officer of the hard-right news website Breitbart, as his chief strategist, let’s start with the perspective of those who have defended him.

On one important level, their anger over the Bannon spat is justified. It is galling to see the behemoths of the liberal left, from MoveOn.org to the New York Times, suddenly discover the threat of antisemitism after showing general indifference to its resurgence in public life during the last 16 years.

Simply put, their negative feelings towards Israel got in the way of acknowledging that larger reality. But, as Israel isn’t a factor in the case of Bannon, they can level the accusation of antisemitism safely, untainted by any association with the Jewish state or its “occupation” of Palestinian territories.

But, there is no meaningful record of statements or actions on Bannon’s part to convict him of the charge of being, on a personal level, antisemitic. And, since Americans tend to understand antisemitism as suggestive of a character defect, it is not surprising that many people also interpreted the attacks upon Bannon as a low blow against his boss, the incoming president.

It’s at precisely this juncture, however, that the Bannon quarrel has gone awry. The issue was never really about Bannon’s own sensibilities and, in fairness, that was never the focus of the much-discussed Anti-Defamation League (ADL) statement on Bannon released Nov. 13. What the ADL said is that Bannon “presides” over the “premier website” of the “alt-right,” which it then defined as “a loose-knit group of white nationalists and unabashed antisemites and racists.”

This raised the legitimate question of whether a man with such associations is suited to one of the country’s top political appointments – whether he can be one of the unifying figures the country needs. But that is not the discussion we have had these past days; it’s all been about the personalities, and not the politics.

David Hirsh, the British academic who has played a key intellectual role in confronting the academic boycott of Israel, put forward a better standard with which to make a judgment at the ADL’s Never is Now Summit on Antisemitism, held in New York Nov. 17. Bannon’s case reminds us, he said, that “antisemitism is about politics, not personal moral failure.”

Our bitterly sectarian politics compromise the discussion of antisemitism and, more broadly, racism and prejudice, in America today. In the debate about Bannon, there seems to be an assumption among his supporters that nobody as implacably opposed as he is to the progressive left – powerful elements of which have allied with Islamists, and enabled the spread of antisemitic discourse in the guise of anti-Zionism – could possibly share any of their flaws.

As a result, Bannon’s defenders adopt many of the same rhetorical tactics that left-wing anti-Zionists deploy when confronted with the charge of antisemitism; listing their Jewish political comrades or friends or relatives, decrying reputational smears without foundation, asserting their fondness for Jewish culture, and so on.

In rushing to Bannon’s aid, they overlook the deeper historical truth that antisemitism has always been promiscuous, finding favor on right and left. Yet, in their alternative imagining, antisemitism is solely a problem of the political left.

Let me offer a brief explanation of why some aspects of Bannon’s intellectual universe should be of concern to anyone who cares about the basic social empathies that are needed to sustain democracy – the same empathies, I would add, that have been badly damaged by the growth of identity politics on the left and right.

Ben Cohen, senior editor of thetower.org and The Tower Magazine, writes a weekly column for JNS.org on Jewish affairs and Middle Eastern politics. His writings have been published in Commentary, the New York Post, Haaretz, the Wall Street Journal and many other publications. He is the author of Some of My Best Friends: A Journey Through Twenty-First Century Antisemitism” (Edition Critic, 2014). 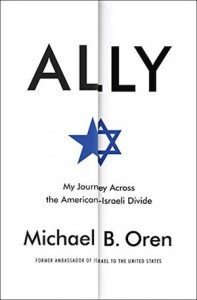