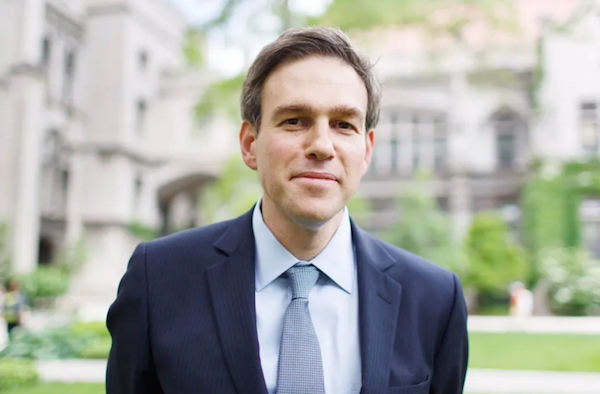 Western media have got the narrative of the Israeli-Palestinian conflict wrong, says Bret Stephens, a Pulitzer Prize-winning journalist, editor and columnist who is an opinion writer for the New York Times. But, for a journalist to diverge from that entrenched storyline is almost impossible.

Stephens, a former editorial page editor at the Wall Street Journal and managing editor of the Jerusalem Post, recalled when he first started covering the region, in 2000.

“I went out there purely wearing my journalist’s hat and saw a story that was very different from the story that was being reported by many of my colleagues in the mainstream press,” said Stephens in a Sept. 23 webinar hosted by Honest Reporting Canada.

“I think lots of the Western press have continued to get much of the story dead wrong, most of all on that fundamental question: who is the aggressor?”

An example of media’s inability to diverge from a predetermined storyline came in 2019, he said, when residents of Gaza were protesting against the oppression and economic deprivation brought on by the Hamas regime that governs the seaside enclave. The global media, which tends to focus disproportionately on Palestinian concerns, almost entirely ignored the anti-Hamas activism, Stephens said.

“They wanted the world to believe that Palestinians in Gaza had one problem,” Stephens said, “and the name of that problem was Israel.”

Accurate reporting from Palestine is also a challenge because Western media hire freelancers, or “stringers,” in Gaza and the West Bank who do not operate with the same freedoms that reporters in Israel enjoy.

“They have colleagues in Gaza, where the pressure is not-so-subtle for those stringers to toe a particular ideological line, to not report stories that would be inconvenient for the Hamas narrative,” he said.

Winning the battle of ideas, Stephens said, is a priority for Hamas.

“The field of combat is not the battle they know they’re ultimately going to lose against Israel, but the one they think they’re going to win in the realm of public opinion,” he said.

Stephens clarified that he is a columnist, paid to have opinions. But too many journalists today, he said, either view themselves as activists or cannot differentiate their own opinions from straightforward reporting.

The broader context of societal understanding of what were once considered verifiable truths does not bode well for Jews, he added.

“Race is replacing ethnicity as the defining marker of group and personal identification,” he said. “Now we have this new kind of racialism that is dividing people into people of colour and white people. So Jews find themselves, or the majority who are not Jews of colour find themselves, shunted into a racial classification that they don’t recognize as their own.

“I don’t think of myself as a white guy,” he said. “I don’t feel like I have participated in any system of white supremacy. I am the son of a woman who was a hidden child in the Holocaust. She was hunted down for not being white. A Jew. To somehow pair me in this new scheme with the white mask is an injustice to millions of Jews who feel deeply discomfited by this new racialism.”

Other social trends should alarm Jewish people, said Stephens, a conservative writer who calls himself a “never-Trump Republican.”

The widespread acceptance of outlandish lies, exemplified by the so-called “Pizzagate” theory, the group QAnon and the idea that the 2020 U.S. presidential election was unjustly stolen from Donald Trump, are an indication of fringe ideas seeping into the body politic, he said.

“Conspiracy thinking has gone mainstream and there is no bigger conspiracy theory in the world than antisemitism,” he said.

Stephens challenged the rote assertion that “anti-Zionism is not antisemitism” by making a stark comparison.

“What is antisemitism?” he asked. “It is a belief, born in the 19th century, that Jews were imposters and swindlers. They were imposters because they were pretending to be Europeans, whether German or French or Italians or whatever, but they were really Semites; that they are not from Europe, they are from the Middle East. And, it said further, these imposters are swindlers because they are trying to swindle real Europeans out of their financial wealth and culture and heritage or whatever. Now, think of what anti-Zionism has shown us. Anti-Zionism is the view that Jews are imposters and swindlers, that they claim to have a Middle Eastern descent but there is no Jewish connection to the land of Israel – that’s the line. And they’re swindlers – they’re swindling Palestinians out of their land.”

Stephens said he supports a two-state solution, “just not now.”

“In theory, a two-state solution is the ideal outcome,” he said. “We should labour towards that, while knowing that it could take 10 or 50 years.

“The prospect of a Palestinian state today isn’t about where you draw the borders. It’s about whether a self-governing Palestinian state can have enough pluralism, liberalism, democracy, tolerance and, above all, a willingness to live in an enduring peace with its neighbours … because the last thing Israel needs is re-creating what the Gaza Strip has become in the West Bank.”

Demanding Palestinian self-determination now, he said, is like inducing a baby in the 20th week of pregnancy.

“It’s going to result in tragedy. Let’s be mindful of what the long-term goal is, but let’s be practical and thoughtful and sensible about how we get to it.”

Honest Reporting Canada describes itself as an independent grassroots organization promoting fairness and accuracy in Canadian media coverage of Israel and the Middle East. The webinar is available for viewing at honestreporting.ca.