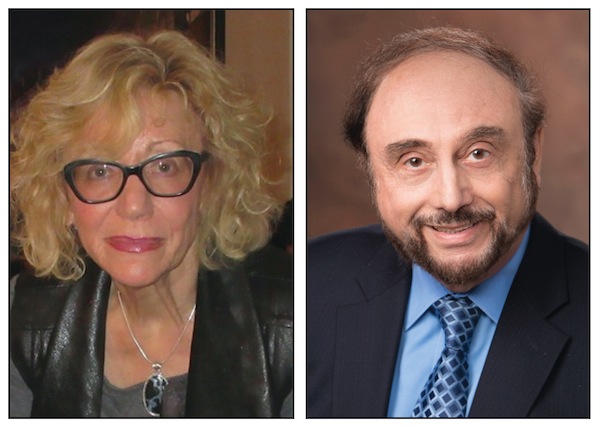 A first-annual event next month aims to mobilize individuals and groups to tackle issues of human rights in a comprehensive way.

The Simces and Rabkin Family Dialogue on Human Rights, on Sept. 12, will feature Kasari Govender, British Columbia’s incoming human rights commissioner. A number of invited guests will offer comments from the audience and a reception will follow for less formal interactions. The free event has already reached full capacity.

Govender is the province’s first human rights commissioner since 2002, when the government, under the B.C. Liberals, abolished the position, making this the only province in the country without a human rights commission. Currently, Govender is the executive director of West Coast LEAF (Legal Education and Action Fund), which advances gender equality through involvement in equality rights cases at all levels of court. Govender assumes her new position in September.

The dialogue event, intended to be replicated each year, is the brainchild of Vancouver couple Zena Simces and Simon Rabkin. The series is presented in partnership with Simon Fraser University’s Morris J. Wosk Centre for Dialogue, where the event is to take place, and the Canadian Museum for Human Rights. The topic of this year’s forum is From Hate to Hope in a Digital Age.

“Human Rights has been an interest of mine for many years,” said Simces, a health and social service policy consultant who has worked with minority communities. She is also a former Pacific region chair of the now-defunct Canadian Jewish Congress. “Simon and I felt that there was not one overall organization in Vancouver that was devoted to human rights issues.”

When Simces lived in Fredericton, N.B., she set up a lecture series in conjunction with the Atlantic Centre for Human Rights. It has continued for 30 years and Simces travels there annually for the event.

“In the last year or so, there’s just been so much going on about hate and abuse of human rights, violence, far-right groups and antisemitism, so we both felt there was a void in Vancouver with respect to a dedicated program on human rights,” she said. “There are a lot of different interest groups – women’s groups, specific minority groups – that have different programs, but there isn’t one group really now in Vancouver that is looking at the whole area of human rights broadly for the whole community. When we approached Simon Fraser’s Wosk Centre for Dialogue, they felt the same and thought it was a great idea.”

Rabkin is a cardiologist, a professor of medicine at the University of British Columbia and president of the medical staff at Vancouver Hospital. He also does investigative research in cardiology and has led numerous organizations.

“I’ve been involved for years with looking after individuals in either under-serviced areas in Canada or in Africa and have looked after disadvantaged peoples as patients and have seen the impact of problems of human rights affecting individuals’ lives, and so I wanted to see about doing something that might alter the attitudes towards minimizing or denigrating human rights, which have affected people that I’ve been involved with,” he said.

With SFU, the pair set up an advisory group that includes thought leaders in the field, including a legal expert in international human rights; a former ambassador who has dealt with peace, security and human rights issues; a representative from the Canadian Museum for Human Rights; and representatives from the Wosk Centre.

“We also brought together a multicultural group of young leaders for a one-time focus group,” Simces said. It was out of this group that the idea arose to prioritize the issue of human rights in the digital age.

In addition to opening the event up to the public, specific invitations were made to multicultural organizations, indigenous groups, police, members of the legal community, health workers, educators and representatives of different religious communities, including Rabbi Laura Duhan-Kaplan, director of inter-religious studies at the Vancouver School of Theology, among others.

“What we wanted to do is to create a venue and an opportunity for people to start talking together … not just to complain about problems, but also to be able to start formulating approaches to solve problems and address them and solve them,” said Rabkin. “We don’t have a political mandate to change things. But we believe that by dialoguing and by having the community speak to and hear from the newly appointed commissioner and to have people such as the Canadian Museum for Human Rights involved and other groups involved … then there will be a lot of important ideas created and a lot of opportunities for exchange of information and thoughts and we believe that this will be a catalyst moving forward.”

“If we can reduce hate generally, then that impacts a reduction in antisemitism,” said Rabkin. “That’s the objective.”

“We hope people will come and participate in the dialogue and really think about how to follow-up in terms of addressing the issue of hate from a legal, social media, education and community perspective,” Simces said.