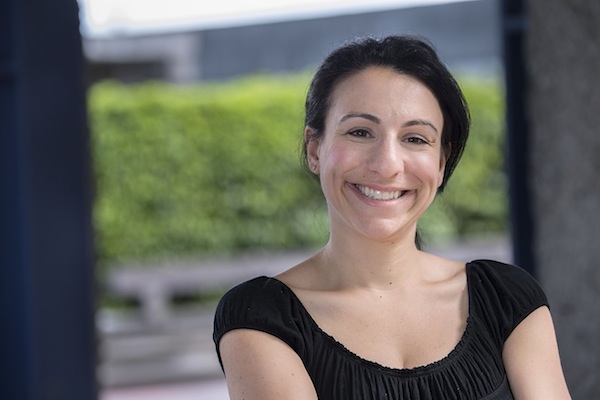 There are several paths to finding happiness, according to Prof. Laura Aknin. “But a central theme that rises above the rest is that a lot of happiness comes from our relationships with other people, and how we help and give to others.”

Aknin will deliver the talk A Reality Check, for Good: A Talk on Happiness via Zoom on Feb. 22.

“Guest speaker Lara Aknin is a distinguished associate professor of psychology at Simon Fraser University, and director of the Helping and Happiness Social Psychology Lab at SFU,” said Rabbi Yechiel Baitelman, director of Chabad Richmond. Born and educated in Vancouver, Aknin became interested in social psychology and human emotions while studying as an undergrad and graduate student at the University of British Columbia. According to Aknin, “Human emotions colour our existence, and bring meaning to a lot of what we do.”

Among Aknin’s research interests are well-being, happiness, social relationships, prosocial behaviour and altruism. She established the Helping and Happiness Social Psychology Lab, which studies the predictors of happiness and what makes people happy, the emotional consequences of kind and generous behaviour, and the well-being outcomes of specific spending choices. The lab also looks at how people can increase their happiness.

“Happiness is broadly universal, yet religious people tend to report higher levels of happiness,” said Aknin, when asked how happiness relates to Judaism. “One of the major lessons emerging from our helping and happiness lab and our study of well-being is that it’s not just what we do for ourselves, it’s what we do for others. When we help others and give to others, that’s when we find happiness.”

While not overtly connected, it appears that happiness aligns with Judaism’s emphasis on giving tzedakah and doing mitzvot.

“Helping others is a pretty clear and reliable path to experiencing greater well-being,” confirmed Aknin.

While acknowledging that religion is not her specific area of research, Aknin said, “The notion, or central message that giving to others, whether it be G-d or other people in your community or beyond is a meaningful source of finding joy, reward, value and meaning in life, is certainly aligned with the evidence in the literature.”

A fundamental concept in Judaism is the importance of serving G-d with joy.

“The emotional rewards of giving are a psychological universal, not just particular to the Jewish faith, but it might align with many of the teachings of the Jewish faith and others,” said Aknin. “Researchers see this not just in North America, but in rich and poor countries around the globe. We see it in kids under the age of 2 … we see it in ex-offenders. People experience emotional rewards when they engage in kind behaviour. Many religious principles regularly espouse the value and virtue of giving to others … these ideas have been around for centuries, but the evidence is now documenting the importance of this.”

The topic of helping and happiness resonates with people.

“At some level,” said Aknin, “our intuition says that giving to others is emotionally rewarding but, in real life, people are spending more on themselves – out of necessity, for things like paying their bills, [but] we often overlook opportunities [to give] and would be better off spending the money in our pocket on someone else, rather than on an extra coffee.”

Is it always about our own sense of well-being or is happiness a byproduct of something more altruistic? Is it selfish, for example, to donate clothes to a homeless shelter because it makes us feel good? Is it wrong to have a sense of well-being when we give to others?

“Those questions are central to the work that I do,” Aknin said. “It’s important to distinguish what the motives are for giving in the first place, versus how do you feel afterwards. There’s no question that there are emotional benefits for the giver, and that donating one’s time or money to others promotes well-being and increases life satisfaction. Sometimes, people give to feel good but, by and large, people are giving because they think it’s the right thing to do, and they want to help the person in need. Feeling good about it afterwards isn’t a bad thing. On the contrary, I think that’s a beautiful feature of human behaviour. It serves a purpose to help inspire us to do it again. It’s indicative of a care for humanity. Feeling indifference after giving would be more surprising.”

Aknin said happy people tend to have strong social relationships, they tend to be individuals who donate. and they tend to be relatively comfortable with where they are in life, not only financially, but also proud of what they’ve accomplished. Happy people also tend to live in a safe environment, she said, so being able to trust your neighbours is important.

Aknin is working on a commission that’s studying the trends around happiness and physical/mental health. Findings show that, during the COVID-19 pandemic, most people’s physical and mental health has suffered.

“Negative emotions are up, mental distress is up, depression and anxiety are up. Yet, despite all that, there is still some resilience and stability,” she said. The pandemic has given people time to evaluate their lives, and there is still much stability to be seen.

Aknin said some behaviours that are “protective,” such as exercise, make us feel better. “But people still feel better when they’re helping others,” she said.

According to Aknin, most people are happy, because “we’re very adaptive”; even though we think we aren’t, we are.

When asked if she’s happy doing what she’s doing, Aknin replied: “Yes, there’s great meaning and purpose in what I do.”

To register for Aknin’s Feb. 22, 8 p.m., talk, go to chabadrichmond.com/happiness.

Shelley Civkin is a happily retired librarian and communications officer. For 17 years, she wrote a weekly book review column for the Richmond Review. She’s currently a freelance writer and volunteer.