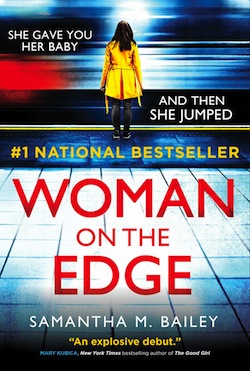 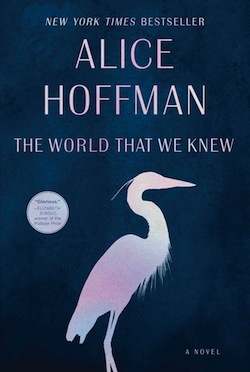 Enjoy watching a psychological thriller? Well, now you can help make one. At least, finance one. Starring Vancouver actor Richard Harmon – most recently John Murphy in the Warner Brothers series The 100 – and written and directed by local Jewish community member Jon Silverberg, the feature film Crypto has been shot but needs funding for the finishing touches.

“Crypto is my first feature film, and has been a struggle to complete on personal and private resources so far – this is why we’re now turning to crowdfunding to help finish it!” wrote Silverberg in an email to the Jewish Independent.

“We’ve shot and edited the film, but need the completion funds for VFX [visual effects], sound design and our festival and marketing rollout,” he said in an interview. “We have some really awesome perks to give back to fans in exchange for their donations – from a production diary, to merchandise, to an advance screening gala planned for early 2018.”

The film is described as “a psychological thriller, which follows drug-addicted photojournalist Jake (played by Harmon) who, after taking a job at a wilderness lodge, sets up a darkroom where the photos he develops begin to reveal unsettling apparitions of the future.”

“I enjoy watching lighter films, but the stories that I revisit in my mind long after I watch them are the ones that explore the darker more mysterious aspects of life – especially inside the human mind,” said Silverberg. “In Crypto, we explore the effects of isolation on an already troubled soul, and even the fantastical elements of the story are as much an allegory for the main character’s internal struggle,” as they are entertaining.

The crowdfunding press release talks about the film being Harmon’s “passion project,” but it is also Silverberg’s. “It’s been a longtime goal of mine to direct a feature film and I felt strongly about developing my own material,” he said. “I had been writing the script for Crypto for nearly three years by the time the cameras started rolling.”

Filming took place in Port McNeil, on Vancouver Island, over 11 days in February 2017, with a crew totaling 16, said Silverberg. “My producer, Andy Hodgson, was the other main driving force behind the film, and also served as cinematographer and camera operator on set.”

In the press release, Hodgson notes, “We need about $20,000 to finish the film and get it out to international festivals, which, comparatively speaking, is a very small amount in a world of multimillion dollar movies.”

Silverberg is co-owner of Red Castle Films with producer/cinematographer Hodgson and business manager Nolan Smith. His bio on the site notes that he “grew up fascinated by cinema, and began to shoot photos and develop them in the darkroom by age 6. He attended Capilano University’s film program in 2003, and went on to shoot hundreds of episodes of internationally broadcast documentary television – from the waters of Alaska to the jungles of Mexico – before he settled in Metro Vancouver. More recently, Jon premièred his short film Disappeared at the 2015 San Francisco Indie Fest and is currently preparing to shoot his first feature film Crypto, a sci-fi/thriller set in the Haida Gwaii.”

Silverberg shared with the Independent that, not only was he raised in a semi-observant Jewish home, but that his company’s name, Red Castle Films, and its logo “was chosen in honour of the regional flag of my family’s former home in Poland.”

Crypto is scheduled for release in 2018 through festivals and other distribution. To see a trailer of the film, visit redcastlefilms.com/project/features-crypto. For more information and to donate – perhaps becoming a producer yourself – visit crypto-movie.com.