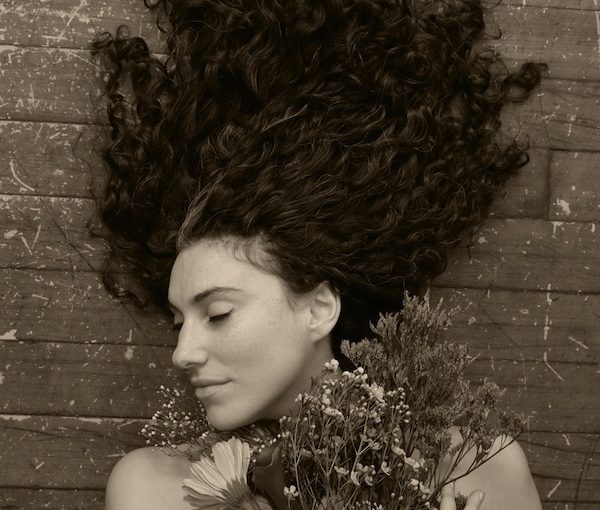 Taali’s EP Were Most of Your Stars Out? was released last month.

“Kol ha’olam kulo gesher tzar me’od, veha’ikar lo lifached k’lal” – “The entire world is a narrow bridge, and the main thing is to not be afraid.” Taali’s recently released EP Were Most of Your Stars Out? begins with “The Main Thing Is,” and, it seems, the singer-songwriter and producer has followed Rabbi Nachman of Breslov’s advice from more than 200 years ago, and made the prayer her own. While there are countless versions, Taali’s a cappella take showcases her rich, full sound and sets the mood for the entire recording.

The name of the EP comes from J.D. Salinger’s novella Seymour: An Introduction, which Taali (née Talia Billig) highlights as her favourite book. On her Facebook page, she cites the passage from which the album title comes: “Do you know what I was smiling at? You wrote down that you were a writer by profession. It sounded to me like the loveliest euphemism I had ever heard. When was writing ever your profession? It’s never been anything but your religion. Never. I’m a little over-excited now. Since it is your religion, do you know what you will be asked when you die? … I’m so sure you’ll get asked only two questions. Were most of your stars out? Were you busy writing your heart out?”

Were Most of Your Stars Out? comprises acoustic versions of seven songs. It was produced by the label Rainbow Blonde Records, a collective she co-founded with her partner, singer-songwriter and producer José James, and engineer and producer Brian Bender. Released last month, the EP follows almost on the heels of Taali’s full-length record I Am Here, which came out in March.

Taali describes her music as Jewish contemporary pop, but, while Jewish melodies and/or concepts permeate her compositions, the sound is definitely more pop than liturgical, though she likes her minor keys. And all listeners, regardless of religious or secular affiliations, will find something to connect to in the lyrics. In an extensive interview with the now-defunct online publication Arq, Taali – whose stage name is a family nickname – talks about music being communal. “If I’m promoting it,” she said, “it has to be in the service of community.”

That philosophy, combined with her appreciation for the Jewish tradition of storytelling, which was instilled in her growing up, and her musical skill and knowledge, makes Taali’s songs eminently listenable and relatable. That Were Most of Your Stars Out? is an acoustic recording adds to the intimacy. The use of synthesizer on “This Is What Love Is” and “Wayward Star” takes away some of that atmosphere, but one nonetheless gets the feeling that Taali doesn’t put on airs, and would put as much heart into singing off the cuff at a small gathering as she does performing on a concert stage.

Born in Manhattan, Taali has lived most of her life in New York City, with the exception of a couple of years in Los Angeles. One of the narrow bridges she has had to cross is vocal cord surgery, in 2016, which meant months of being unable to speak or sing. She turned her focus to songwriting for other performers during this period of recovery but, she told Billboard, there was one song she “couldn’t conceive of just giving” to another singer, and that was “Hear You Now.”

“I have quite a bit of trauma myself that I’ve never really felt safe enough to address,” she said about the song in that interview. “It was really wrenching, but I tried to do justice to those feelings. It’s the beginnings of talking to myself rather than an on-the-nose accounting of what happened, and what I tried to do, lyrically, was apologize to myself for the years I didn’t have the words or strength to name or push away these people who were treating me badly.”

“Hear You Now” is about finally saying “all the words you haven’t said,” “the words that you swallowed down” – “You held it in, now lay it all to rest…. Lift away the weight of everything you couldn’t say” and “Make them hear you now.”

The song “Snowfall on Orchard,” which closes Were Most of Your Stars Out?, also has special meaning. It was written about five years ago with José James, who provides some lovely vocals and beautiful harmony on the track.

“It’s the first original song that we wrote together,” says Taali in her bio, “and I think it’s a little postcard of a very, very optimistic moment in our lives, and a very in love moment.”

Were Most of Your Stars Out? is available from several online music services, including Spotify, iTunes and Amazon.