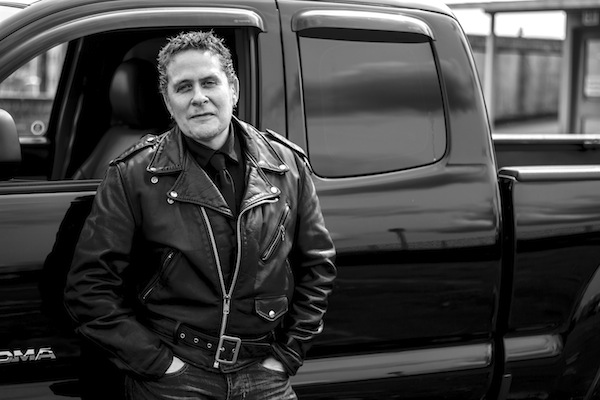 “Since the very beginning, I said not doing the festival was not an option … because my belief is that they [the arts] are really, really important – I would say essential.”

Sharing their appreciation for the vital work being done by those on the frontlines of the COVID-19 crisis, SD Holman, artistic and executive director of the Queer Arts Festival, said, “art is really keeping people alive, in different ways than the amazing health workers that are taking care of folks right now. Even people who say they don’t like art – if you read a book, if you watch Netflix, you take part in the art world.”

This year’s Queer Arts Festival, which takes place July 16-26, will happen mostly online. This is, of course, not what was initially planned.

By mid-May, Holman said, “we had to have a plan. And, right now, we’re still working on how the delivery is going to look because it’s not all digital. One of the things that was really important to us, to me, is that, not all people have computers, not all people have a stable wi-fi access, people can’t go to the libraries [now] if they don’t have computer, so how do people access it? If they’re not privileged enough to have this little box in front of them, how do we deliver a festival?”

One of the things being considered is billboard art. As well, there is the possibility of using parks as venues.

The planning of such a festival normally starts a year in advance, not the couple of months that COVID has allowed for a reimagined version. Some elements – such as the visual arts show – have been adapted for the new circumstances, while some will have to be postponed, as they do not lend themselves to online viewing, because they are interactive on some level, or the artists can’t make it to Vancouver.

When asked about the process for choosing festival artists, Holman said, “I talk a lot to people, I try and keep abreast of what’s going on. I always want to support local artists and also bring in folks from away, so that there are great conversations that happen of what’s going on in the world, as well as what’s happening here.”

The festival programmer does research and people can also apply to be part of the festival. As well, Holman said, “There’ll be people that talk to me about wanting to do something, and that usually percolates for two or three years before anything ever happens.”

Holman has been with the festival since its beginnings as a volunteer collective in 1998. “Two-spirit artist Robbie Hong, black artist Jeffrey Gibson were the main founders of Pride in Art [Society],” they explained. “I was an artist and then I became involved in the collective in 2005, when Robbie was wanting to step away … and I called in Dr. Rachel Kiyo Iwaasa because she had approached me about something and I said, ‘Come and join me on this.’ And we spearheaded making it professional, making it a festival…. It was a community visual art show up until that point…. As an artist myself, I wanted to pay artists – too often artists are expected to do stuff for free, and that’s impossible.”

According to the festival website, PiA became a not-for-profit in 2006, mounted its first festival in 2008 and rebranded to become the Queer Arts Festival in 2010, obtaining charitable status in 2012.

“Rachel has finally managed to extricate herself,” said Holman, “because we also both have our own arts practices and it’s very hard to run this organization and also have an arts practice; it might have fallen a bit by the wayside, but Rachel is a concert pianist. [She’s] no longer staff with us, [but] she’s still doing some contract work with us and passing over her organizational knowledge.”

While Holman is a photo-based artist, the festival remains their focus. It is the belief that “art changes people and people change the world” that motivates them, “because it’s important work” – “when a country is taken over, the first people they suppress are the artists.… You take over the media and you get rid of the artists because people can be completely destroyed – the first thing they start doing [to recover] is making art, whether it’s in a mud puddle, making a mud pie, they start, that is, expression; that’s what brings them back.

“Art reaches you on a visceral level,” Holman continued. “There’s this thing called confirmation bias, so we take in more what we already agree with, but art can get you in a way that can transform our ways of thinking.”

For Holman, being queer and Jewish are parts of their larger identity. Holman has self-described, for example, as “a queer pagan Jew” and “a Jewish, butch, bearded dyke.”

“I come from L.A.,” they told the Independent. “I was born and raised in L.A., and I have had several Jewish friends be, ‘Oh, you’re too much for Vancouver.’ And I’ve been here for a long time … [but] people are, ‘Why aren’t you in New York, why aren’t you in L.A.? Why aren’t you where you can be more?’ I always get this feeling here … that people are always trying to be, ‘Shh, could you just be a little bit quieter, could you just be not quite so much?’ There’s this too-muchness about Jews. And there’s kind of this too-muchness about queers, too. There’s this assimilation. My family assimilated – I got, from my bubbie and my great-aunt, I would get Christmas cards. We’re Jewish! But we assimilated because that was what was safe for us. And so there’s all this assimilation and erasure that happens with queers and Jews, because, also, many of us can pass; we can pass as straight, we can pass as not Jewish.”

Despite skepticism about the possibility of Jews being fully accepted – the white supremacist rally in Charlottesville a couple of years ago featured chants of “Jews will not replace us,” for example – Holman is completely out there in her Jewishness and queerness, in a seemingly fearless way.

“Oh no, I’m afraid of everything, that’s why I do it,” they said. “Although, that’s not true anymore. Since my wife died [in 2009], I don’t fear anything because the worst thing has already happened to me. But I used to be, I was quite fearful.… [However] I’ve never been able to be in the closet about anything really. And, I guess, for me, that’s kind of Jewishness, [being] more emotive and not afraid to debate, not always trying to please people. For me, it comes from my Jewish heritage.”

Despite the many accolades for their art and for their work with the Queer Arts Festival, including the 2014 YWCA Women of Distinction Award in Arts and Culture, Holman said, “I have been a failure all my life.” Among their reasons for that description, Holman said they are dyslexic. They added, “I’m butch, so that’s a failure as a woman; feminists were called failures as women.” But, they said, they are working with that in their art and, on the positive side, being a failure “frees you up to make your own rules, so make your own rules.”

The theme of this year’s Queer Arts Festival is “Wicked.” The press release quotes Oscar Wilde: “Wickedness is a myth invented by good people to account for the curious attractiveness of others.”

In addition, there is, as Holman writes in the press release, the question, “What do we lose – who do we lose – if we accept induction into the dominant order, and reframe ourselves as a ‘moral minority’?”

“It’s a bit of a double pun,” they explained to the Independent. “The ‘Moral Majority’ years ago, who were trying to say [what’s acceptable in society], the right-wing, and there’s the ‘model minority,’” the Asian community, whose perceived greater-than-average success and stereotypical politeness are used to downplay the existence of racism. “It totally ties in with what I was talking about ‘too-muchness’ and excess and how we, as queers, work towards justice and inclusion.”

While becoming “more acceptable,” Holman said, “it’s still, ‘please don’t scare the horses.’… So, it’s OK if you want to be gay and lesbian and you want to get married and you want to have kids and you want to buy a house and be part of the whole heteronormative [framework] … be part of society’s morals, but could you leave the drag queens and the leather dykes at home?… Even with gender stuff. We know now that it’s a real spectrum and people are getting [more accepted], trans are really out in the world [for example] and it’s OK if you want to be a ‘real woman’ or a ‘real man,’ whatever that is, but people in between are still, ‘Come on, could you choose a side?’

“There’s this whole [feeling like], we’ve given you these things, we’ve given you marriage rights, you can have children, you can affirm your gender, you can do those things, but could you now just be nicer to us? And, I think, we have to be careful of that – being sanctioned by the state of what’s OK [because] then people get left behind, and that’s what we’re seeing right now … the more privilege you gain, you have to be really careful of that,” of remembering that not everyone is being treated well.

The QAF opens on July 16. “And we’re going to have a binge/party at the end, on the 26th, and there’ll be prizes,” said Holman. “We’re going to play the whole entire festival. I think it’s going to be 12 hours or something – we’re inviting people to get into their best dress jammies.

“Everything is going to be pay-what-you-can, by donation…. Pay as much as you can, please, because we want to support the artists.”

Among those artists are Jewish community members Avram Finkelstein, from New York, who helps open the festival (see jewishindependent.ca/political-art-of-living) and locally based Noam Gagnon, whose work This Crazy Show (July 25-26) is described as “a reflection on the quest for love, through revisiting the worlds of childhood, both real and imagined.” In it, he “choreographs and performs, pushing himself to his physical limit to explore and expose ‘the art of artifice’ in a culture obsessed with pretending authenticity. This Crazy Show explores just how precarious and ambiguous identity can be, through the evolution of the body and the self, as both are continuously morphing, unfixed and boldly celebrated.”

For more information on the festival, visit queerartsfestival.com.