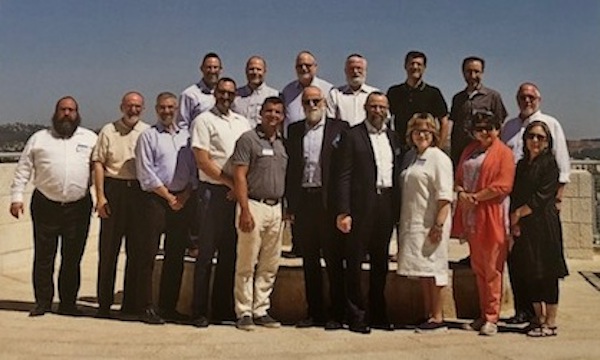 For one week this past July, 15 pulpit rabbis gathered together to take part in the first-ever rabbinic seminar on Holocaust studies at Yad Vashem, the World Holocaust Remembrance Centre, in Jerusalem.

Yad Vashem is the foremost resource for Shoah educators, both Jewish and non-Jewish. Fourteen rabbis and rebbetzins from North America and one rabbi from Israel, all of whom are engaged in adult education, were invited to participate in the week-long pilot immersion program, which was sponsored by David and Ellie Werber and Martin and Bracha Werber. The diverse group of spiritual leaders spanned the religious spectrum.

Rabbi Yechiel Baitelman, director of Chabad Richmond, was the only Canadian rabbi to participate in the seminar, with the Jewish Federation of Greater Vancouver being a partial sponsor of his travels. He described the week of learning at Yad Vashem as “transformational, uncomfortable, overwhelming, extremely challenging, very enlightening and at times very inspiring. It’s going to take awhile to unpack all this information.”

Entitled Teaching the Shoah and Antisemitism: Opportunities, Challenges and Techniques, the seminar consisted of 65 hours of lectures by scholars and experts, plus testimonials from Holocaust survivors. Covering an array of topics, the point of the program was to help rabbis cultivate the skills necessary to create an educational curriculum and content for Holocaust studies in their schools, adult education classes and congregations at home. Yad Vashem’s challenge was to find unique approaches to teaching people about history, theology, antisemitism and Jewish values relating to the Holocaust, as well as to expand the breadth and scope of emissaries who will ensure the continuity of the stories and pass along the lessons learned from the Shoah.

The Yad Vashem seminar incorporated a multidisciplinary approach to Holocaust education and used various methodologies to help participants comprehend the complexity of the Shoah as a whole, never forgetting the personal stories of individuals. The curriculum included studying prewar Jewish life in Europe; the rise of Nazism; life in the ghettos; concentration camps and the attempted “Final Solution”; liberation from concentration camps; survivors returning to life in the “new world”; the ongoing pursuit of Nazi war criminals; the new antisemitism and anti-Israel rhetoric; physical and spiritual resistance; the role rabbis played during the Shoah; survivor testimony; and theological responses to the Holocaust.

As the survivor population gets smaller, others need to ensure that the lessons of the Holocaust are never forgotten. Yad Vashem understands that rabbis have a special role to play in teaching about the rabbinic, theological and spiritual meanings and implications of the Holocaust. For his part, Baitelman will be looking for ways to collaborate with the Vancouver Holocaust Education Centre to create a curriculum for Jews and non-Jews alike.

“The challenge is how to talk to teens, 20-somethings, 30-somethings and 40-somethings about the Holocaust,” said Baitelman. “What should the message be?… We’re a people who have always told stories. Even though we are so many generations removed, in a sense, it is still my story, our story. The message is not only about where we come from, but also about where we are going.” He stressed that, with growing global antisemitism, we need to strengthen the Jewish people worldwide – Jewish education, Jewish values and Torah observance.

“Although we might struggle with faith,” said Baitelman, “we still need to look for G-d amidst the rubble and the hatred. It’s imperative that we find inspiration from those who survived the Holocaust, and find ways to teach tolerance, empathy and understanding.”

Baitelman believes it’s essential to address not only the theological question of “Where was G-d?” during the Holocaust, but also, “Where was man in all of this?”

“If, as a result of the Holocaust, one does not believe in G-d, then we have to believe in humanity,” he said. “The question is: ‘Where was the humanity of the people that perpetrated these crimes?’”

Baitelman has taught several courses on the Holocaust through the Jewish Learning Institute, and has talked to teachers, school classes and new immigrants about antisemitism and the Holocaust. He said education needs also to address the important question of “Now what? What are we here for?”

Shelley Civkin is a happily retired librarian and communications officer. For 17 years, she wrote a weekly book review column for the Richmond Review, and currently writes a bi-weekly column about retirement for the Richmond News. She is a volunteer with Chabad Richmond. 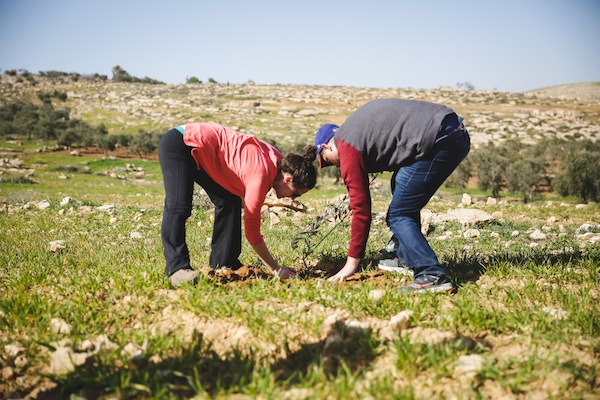