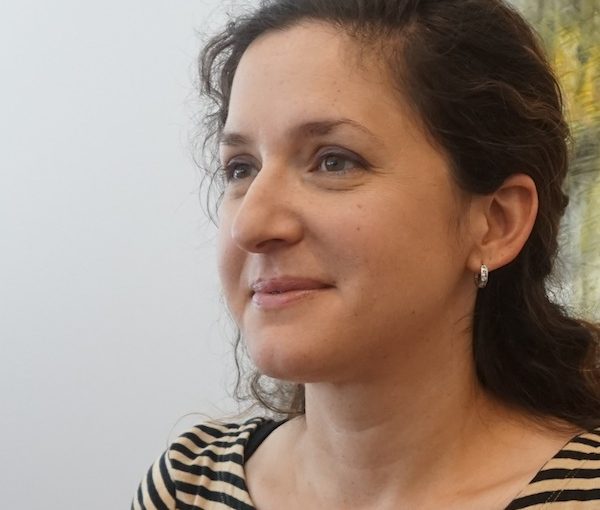 For Prof. Michelle Pannor Silver, author of Retirement and Its Discontents, an individual should be the one to decide when they start to work less. (photo from sociology.utoronto.ca)

Not long ago, it was a given that, when you reached the age of 65 or so, you would retire. But, that is no longer the case.

Michelle Pannor Silver, an assistant professor in the University of Toronto’s sociology department and its Interdisciplinary Centre for Health and Society, explores some of the reasons for this, as well as the difference between planning for retirement and the experience of it, in Retirement and Its Discontents: Why We Won’t Stop Working, Even If We Can (Columbia University Press, 2018).

Pannor Silver’s interest in the topic started when she was tasked with helping wind down her father’s office.

“My real initial motivation for studying retirement at all, and really for the book, was my dad’s experience,” Pannor Silver told the Independent. “I wrote about this in the book, that, when I was in my 20s, my dad developed dementia. It became really clear that he was not able to continue seeing his patients. And he was quite active in Jewish Big Brothers. That was something that was a big part of his work as a social worker. That’s the way he identified, as a social worker. He was a psychotherapist.”

This experience led Pannor Silver to the U.S. Health and Retirement Study, and she spent many hours and years examining people’s retirement trajectories. In her dissertation, she focused on, among other things, the relationship between the type of work people did and several different health measures, before and after they retired.

“After spending a lot of time looking at data points, I became really interested in talking to real people about what their retirement was like and, really, to discuss what retirement meant,” she said. In quantitative analysis, you make certain assumptions, she explained, “like how this person works this many hours and, therefore, they are fully employed, versus this person who works that many hours and then stopped … and, so, I’m going to code that one as retired.”

To verify or refute such assumptions, Pannor Silver interviewed people.

“I started really basic – just asking people what it means to them to be retired,” she said. “That helped me realize that, boy, this is a loaded term. It seems so simple, so straightforward, and the media gives us these clues about what it’s supposed to mean – you’ll see these commercials with these people who are retired, but are running on the beach, so retirement must mean running on the beach holding hands. Or, there are other ones that are about saving for retirement, so it must mean that it’s something you do when you stop working.”

A focus of Retirement and Its Discontents is ageism, and what it means to be told by society that it is time for you to stop doing the thing you have probably spent most of your adult life doing. The people she features found that life without work wasn’t all it was cracked up to be. 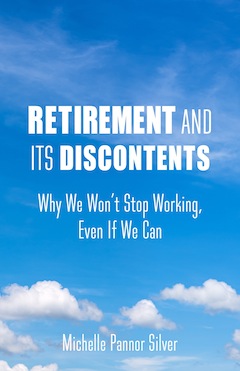 “The people I interviewed, many talked about being pushed into retirement – being told it was time to make room for the next generation,” she said. “Some of them did it of their own volition. They weren’t really forced into it, but they assumed it was time for them to move over. They looked at how old their fathers had been when they retired, and decided that a certain age was going to be their benchmark. It’s really about the fathers who they looked at, and some of them saw their fathers retiring and dying the next year, or very shortly thereafter. And they thought they’d better retire then, too, so they could live a little before the end comes for them.”

The idea of when to retire is influenced by media messaging. Some of Pannor Silver’s Canadian study participants talked about “freedom 55,” the advertisements for it and how that has always been in their mind as the magic number at which to retire.

Pannor Silver’s study included international participants. And, while the magic age may differ, “the thing they shared – whether they were forced by existential pressures or because of their own internal ideas about when they ought to retire – first of all, they ended up living longer than their parents. All the [financial planning] models people generally have are wrong,” she said, “and that has, of course, implications for the public pension systems that are out of whack, too.

“But, my book really speaks to the experience of people facing the norms on a sort of anachronistic or out-of-date understanding of what retirement is and are disappointed by their experiences because of that – because of the expectations … that it should happen at this certain time and should be a certain way that would lighten and free them. Yet, they felt kind of burdened with life without work.”

Pannor Silver hopes that readers of her book will discard the idea that retirement should be associated with a chronological age. She would like to see them open themselves up to the idea that there are many different ways people can experience retirement.

“I think that, for many people, retirement is a bad word they don’t even want to use,” said Pannor Silver. “My point is to share the experiences of varied, different types of people who, for various reasons, retired in traditional ways … and had to find their own way around it … to sort of rewrite and create their own retirement experiences.

“For them, it was very surprising and, hopefully, others take some comfort in recognizing it’s a really challenging transition, a really important time of life. There’s so much attention paid to the early stages in life – finishing high school, getting into university or that initial career transition, and career mobility and trajectory, but very little attention is paid to later career transitioning. And that was my goal – to be able to say, ‘Here’s a set of people’s experiences.’ And, people tell me that these experiences have really resonated with them…. We can’t just assume that, because an employee is reaching a certain age, it means he or she should be passed up for promotion, cast aside or ignored. It ought to be up to the individual to say, ‘I have other things I want to do,’ or whatever the reason is – to make the decision on their own, that, now, they choose to make a transition to working less.”

While Pannor Silver’s target market is people approaching retirement, she is hoping that the book will also influence the employers, managers and others who are deciding – on the basis of incorrect assumptions or ignorance – to overlook certain parts of their workforce.

“I have Olympic athletes who I interviewed for the book, homemakers, doctors and CEOs … it’s a varied group of individuals,” said Pannor Silver. “But, their experiences are all people who were incredibly dedicated to their work. Their work was their life’s work, and the point is to contribute to an ongoing discussion about what retirement is now … what we can assume about it and what we should not assume.”

Pannor Silver’s next book will examine the importance of physical movement in the later stages of life.