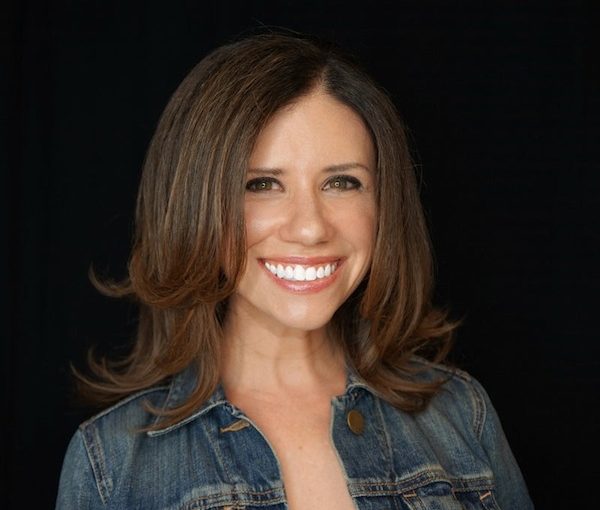 Dozens of eager bakers joined Mandy Silverman, aka Mandylicious, for an evening of “thinking inside the braid,” as she shared various ways of making babkas – as well as her enthusiasm towards them – during a Zoom class hosted by Congregation Schara Tzedeck before Passover.

Silverman, a self-described “carbololgist,” is founder of Mandylicous Challah in Sharon, Mass. She was accompanied in this pre-Pesach virtual baking binge – titled Babkalicious with Mandylicious – by her husband and assistant, Dannylicious. The setting was their East Coast kitchen, where, by the time the first ingredients hit the mixing bowl, it was past 10 p.m., for them.

She demonstrated both traditional and new-wave babkas: the first, a standard babka twist filled with chocolate and, the second, shaped like a flower and filled with cookie dough. The secret for the latter’s filling is brown sugar, Silverman confided.

Throughout the presentation, she provided the audience with numerous pointers regarding the dough. Her recipes called for a more glutenous flour, one that is called bread flour – as opposed to all-purpose flour – which “helps the dough ball up easier.” Early on, she emphasized the importance of using instant yeast, which “means that it can just be added in with the rest of the ingredients in no particular order.” She suggested one should avoid quick-rise or rapid-rise yeasts, except when there is no alternative available.

“You can use it – you just have to proof it first. To proof active dry yeast, use the same amount (one tablespoon) but add it to one-third cup [of] 40ºC water and a pinch of sugar, and mix. When it bubbles, the yeast has been activated and can be added to the rest of the ingredients. Use one-third cup less water in the rest of the recipe,” she said.

“If you are finding that you are having to add a lot of flour, try using one-third cup less water at first and adding more as necessary,” she added. “After the first rise, dough can be refrigerated for up to five days or frozen for up to a month.”

Completely self-taught, Silverman became curious about baking after a family friend in her hometown of St. Louis would not divulge the recipe of a challah filled with honey. Before then, she confessed, she had never made anything with yeast, but decided to face the challenge.

Silverman started Mandylicious in 2013. During American Thanksgiving that November, which coincided with Chanukah, she posted an image of a turkey-shaped challah with a pumpkin-flavoured stuffing on Facebook. The image was so widely shared that people drove from as far away as New Hampshire and Maryland to purchase her challah. Since then, she has created more than 300 challah and babka recipes and has developed a worldwide following, including more than 33,000 Instagram followers.

Her fearlessness with challah and babka indicates that nearly all things can go well with the right dough. Among her culinary inventions, which she has described as “a diving board into carbs,” are Buffalo chicken challah, salami challah, pistachio pesto-stuffed challah and a red-velvet Christmas challah. Recent variations posted on her Instagram page have included challah French toast with a caramel core, rainbow-coloured challah (with rainbow sprinkles) and a strawberry and vanilla babka with a Fruity Pebbles crust.

Besides selling challah and babka and teaching classes, Silverman loves sharing recipes and tips, and supporting others who want to make their own challah. In the Boston area, Mandylicious offers a rotating assortment of gourmet challot. She uses 100% kosher and dairy-free ingredients and keeps a kosher kitchen.

For the recipes covered during the March 18 lesson, go to images.shulcloud.com/197/uploads/MandyliciousBabkaClass-Vancouver.pdf. Silverman is open to questions and can be direct messaged @mandyliciouschallah on Instagram.