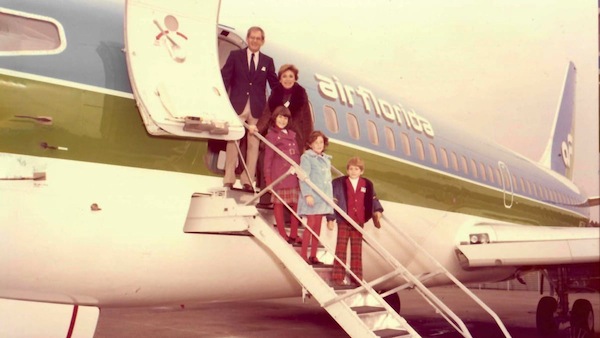 The Vancouver International Film Festival opens Sept. 29, and this year’s festival will be impressive, if the releases reviewed by the Independent are any indication.

Last Flight Home, a very personal and moving documentary written and directed by Ondi Timoner, will have viewers in tears. It will also have viewers contemplating mortality, family and what makes life full and worth living.

The film follows the last weeks of Timoner’s father Eli’s life. No stranger to hardship – he had been paralyzed on his left side since a stroke almost 40 years earlier – a bedridden 92-year-old Eli tells his family he wants to die. Immediately. Living in California, he could make that choice, and does make that choice. Once he passes the state assessment, the required 50-day waiting period begins.

During this time, Eli says his goodbyes to his wife, kids, grandkids and other relatives, to friends and to former employees. He offers advice and, with the help of those whose lives have been made better by his existence, he comes to love himself, finally shedding, after decades, the shame he felt at not being what he considered a good provider for his family. Before his stroke, he had been a wealthy businessman – founder and head of Air Florida – but, afterward, he and his wife had to declare bankruptcy and money was tight from then on.

Thankfully, Eli had those 50 days. While it was sad that he didn’t know how successful he really was in life until he chose to die, at least he did die knowing that he had loved and that he was loved.

The Israeli film Karaoke, written and directed by Moshe Rosenthal, also deals with mortality and late-in-life realizations. Long-married couple Meir and Tova have long lost their passion for each other and, really, for living. It takes the arrival of a new neighbour, Itsik, to bring out both the best and worst in them and in their relationship.

Itsik is rich and confident, a player in every sense of the word. While his loud karaoke parties annoy most everyone in the building, the residents who gain the privilege of an invitation feel not only special, but a little superior, more worldly, as they open themselves up to the possibilities that Itsik embodies.

Billed as a comedy, Karaoke is more cringey than funny, and the musical score even makes it seem creepy at times, as does the pacing and lighting. That said, the acting is excellent and it does have some funny moments. As well, the messages are refreshing: love can be reignited and you can have adventures at any age.

To make the 15-minute short Killing Ourselves, Israeli filmmaker Maya Yadlin took her parents and sister to the desert. According to her bio, this is something Yadlin often does – make movies about and starring her family. The result in this case is a delightful, amusing peek into their relationships. Most viewers will appreciate the interactions, with her parents both begrudgingly and proudly helping “film student” Yadlin with her homework and her sister, an actress, coming along for the ride – and the work.