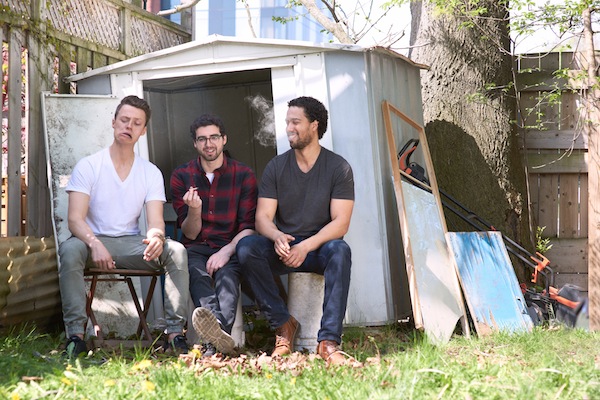 Left to right, comedians Andrew Packer, Jacob Balshin and Che Durena are currently on the JNT Comedy Tour, which takes them to small towns around Alberta and British Columbia until Sept. 6. (photo from David Cyr Photography / JNT Comedy Tour)

The JNT Comedy Tour, known for presenting the “highest” level of comedy in Canada from coast to coast, returned for their fourth edition Aug. 18. Featuring stand-up comedians Andrew Packer, Che Durena and Jacob Balshin, the tour comprises live shows in 19 communities across Alberta and British Columbia, and runs until Sept. 6.

Packer is an international headlining comedian and creator of JNT Comedy; his credits include performances at JFL42 (Just for Laughs), JFL Northwest and Edinburgh International Fringe Festival. Durena came runner up in SiriusXM’s Next Top Comic and he has headlined shows at JFL42 and appeared on JFL All Access on Comedy Central. Balshin, who is a member of the Jewish community, was named Toronto’s Best Upcoming Comedian at the I Heart Jokes Awards in 2018, and was nominated for Breakout Comic of the Year in 2020; his comedy has been featured on SiriusXM and CBC’s LOL.

The trio brings the tour into British Columbia Sept. 1, to Kimberley, with actor Sarah Stupar joining them. They then head to Creston Sept. 2 and Crawford Bay Sept. 3, before returning to Alberta for the tour’s last show.

If you happen to be traveling the province early next month, check out linktr.ee/jntcomedy for tickets and show times.