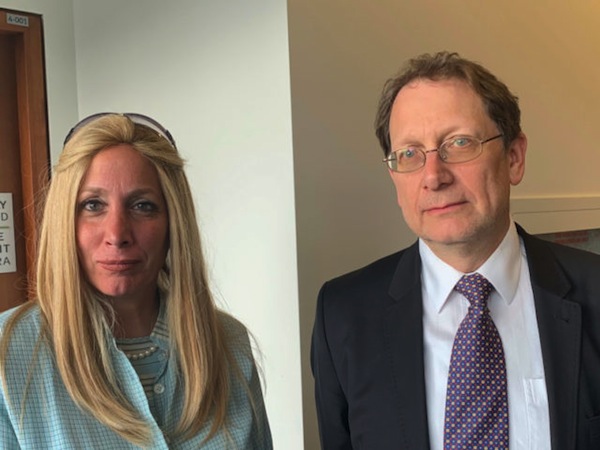 Last month, Elections Canada announced that it will not recommend that the date of the next federal election be changed, despite pressure to do so because it clashes with the Jewish holiday of Shemini Atzeret.

Moving the date “is not in the public interest,” Chief Electoral Officer Stéphane Perrault said in a statement on July 29. Only a few days earlier, the Federal Court of Canada ordered Perrault to reconsider his earlier refusal to move the date of the election – Oct. 21 – after it heard from observant Jews who pointed out that they cannot drive, campaign or vote on a holy day.

Lawyers for Chani Aryeh-Bain, the Conservative candidate in the Toronto riding of Eglinton-Lawrence, and Ira Walfish, an activist and voter who lives in the York Centre riding, had argued before the court that Perrault’s refusal to move the date to Oct. 28 was unreasonable and that they, along with 75,000 other Orthodox Jews in Canada, faced discrimination under the Charter of Rights and Freedoms. The court gave Perrault a deadline of Aug. 1 to strike a balance between election laws and the rights of Orthodox Jews to vote and campaign. He was not empowered to move the date himself, but could recommend that cabinet do so.

However, “after having carefully considered the impact of holding the election on Oct. 21 on the ability of observant Jews to participate in the electoral process, and having balanced that with my mandate to ensure accessible voting opportunities for all Canadians, I conclude that it would not be advisable to change the date of the election at this late stage,” Perrault stated. It was “not a decision that I make lightly, but with a view to providing the broadest possible range of accessible voting services to the population at large.”

In a written statement to the CJN, Aryeh-Bain, who had argued that, as an observant candidate she was prevented from getting out the vote on election day, said she was “extremely disappointed” with Perrault’s decision.

“We do not believe he balanced the democratic and religious rights of Jewish voters and candidates,” she said. “He has 85 days to prepare for this election – almost triple the amount of time than he has to prepare for a snap election. Why Perrault has dug his heels in is mystifying to me.”

Perrault acknowledged that, in the case of Aryeh-Bain, the effect of not moving the election date “is very significant.” He conceded that “no arrangement can be made that would truly allow her to meet her religious obligations and compete on equal terms with non-observant candidates.”

At a press conference at B’nai Brith Canada’s offices on the day of the decision, Walfish said, “We are obviously very disappointed. We do not agree that the [chief electoral officer] balanced the relevant interests in his further decision to not move the election.”

Walfish said that Orthodox Jewish-Canadians “will not participate in this election on an equal footing with other Canadians, not by design or choice, but because their conscience prevents them from doing so.”

Aryeh-Bain and David Tordjman, an observant Conservative candidate in Montreal, “are both seriously disadvantaged with an election on Oct. 21,” said Walfish.

In an 11-page statement, Perrault referenced a detailed “action plan for observant Jewish community voting,” which was launched in April. The statement noted that the Orthodox Jewish population is primarily located in urban areas in 36 of the 338 federal ridings. It said that those ridings range from one to 13.4% Jewish, according to the 2016 census, “which makes it possible to design local solutions … to ensure that Elections Canada’s services are targeted and responsive to local needs.”

Perrault took note of the argument presented in court that the four days of advance polls, from Oct. 12-15, reduce the ability of religiously observant Jews to cast ballots because they coincide with Shabbat and Sukkot. However, Perrault pointed out that there are many days during the election period in which observant Jews can vote, including by mail-in ballot, at an Elections Canada kiosk, or at one of roughly 115 post-secondary campuses from Oct. 5-9.

Moving the election date “will not remove all of the barriers that Jewish electors face in voting this election cycle,” Perrault stated. And if the date were moved, “the new dates for the advanced polls will also overlap with Jewish holidays,” he said. “There is no such thing as a perfect election day, especially in a country as diverse as Canada.”

Michael Mostyn, B’nai Brith’s chief executive officer, said Perrault’s decision was “just as wrong” as his initial refusal to move the date. He said Perrault’s admission that observant candidates cannot compete equally with non-observant ones is “a red line” for B’nai Brith. But Elections Canada has “run out the clock” because of the Aug. 1 deadline for setting an election date, he noted.

Mostyn called on “every Canadian Jew who is capable of doing so [to] cast a ballot via advanced polls or special ballots” and on Jewish voters to ask candidates whether they support changes to elections laws, to ensure that voting does not fall on a Jewish holiday again.

The Centre for Israel and Jewish Affairs (CIJA), on the other hand, said it “respects” Perrault’s decision.

“While mindful of the inconvenience that some will experience and the clear disadvantages faced by a religiously observant candidate, we trust that those challenges can and will be mitigated by the measures put into place by Elections Canada,” said CIJA chief executive officer Shimon Koffler Fogel in a statement.

CIJA said it, too, will focus on changing election dates, which have been fixed since 2007, so they no longer clash with Jewish holidays.

Perrault said he is “committed to continuing to work with the Jewish community to maximize voting options within the existing calendar in ways that are convenient and consistent with their religious beliefs.”

As a teenager in the United States, I was in a public high school marching band. My parents worked to make sure our family was together for an early Friday night Shabbat dinner, even when football games were on Friday night. We did a careful balancing act of observance and negotiation. I wanted to play in the jazz ensemble – and I did – but, in order to do that, I also had to commit to marching band. Sometimes, during the High Holidays, it was a precarious compromise.

One week, there was a Friday night without a football game. My parents planned to have a “normal” Shabbat dinner and attend services as a family. My band director had us all in a line formation on the field. He asked if we could substitute a practice during that time. He said, if you had a conflict, to step out of line and explain.

In front of the whole marching band, I had to step out of line. I spoke as loudly as I could (just short of shouting) so that the director and his assistants could hear me in the stands. I said my parents expected me at Friday night dinner at home, and to attend services. I needed to go. This was a religious obligation I’d been skipping for band. In true teenage bluntness, I noted that he wasn’t proposing an alternate rehearsal on Sunday morning instead, was he?

There was silence, and the band director nodded and said, “Right, no rehearsal Friday night.” While I recovered, shaking, I was set upon by other band members. A couple of non-Jewish friends supported me and mentioned how brave I’d been. To my surprise, the few other Jewish members – all slightly less observant than my family – weren’t so kind. They were angry at me for being “too Jewish” and drawing attention to them, too.

This experience came to mind when I read the news last month. The Canadian federal election is scheduled for Oct. 21 and this date conflicts with Shemini Atzeret. An Orthodox Jewish candidate in Ontario, Chani Aryeh-Bain, and another Orthodox activist, Ira Walfish, brought up this concern a year ago – in August 2018. It was ignored.

The advance polling dates are also problematic because they fall on Shabbat and Sukkot. Yes, there are ways for observant Jews to vote, despite these scheduling conflicts. However, this schedule interferes with the Orthodox candidate’s ability to campaign, as well as affecting her entire community in Toronto’s Eglinton-Lawrence riding.

Shemini Atzeret is not a big deal observance for many of us, and one news article demonstrates this by proclaiming it is the “Orthodox” Jewish community that has an issue. However, I was first struck by this candidate’s bravery in confronting this issue. That admiration was reinforced by the thousands of comments at the bottom of the article.

Some would say these comments are downright antisemitic, but I saw the majority of them as ignorant. There were many who derided religion, commented specifically on Judaism, and even one believing Christian who bemoaned how Canada had become a heathen country. (Say what?!)

In some ways, we are lucky in Canada. Our children can go to public or private schools in which they can experience Jewish community, culture and religious practices. We can relish the rich diversity of our particular community, as well as maintain our citizenship on equal footing with other Canadians. However, this opportunity to isolate ourselves comes at a cost.

When we separate ourselves, we lose the opportunity for everyday interactions with non-Jewish Canadians. The informal education that comes from attending school, sports, work and social activities with all kinds of people is invaluable. While I found it a burden to be the token Jew in my school classroom, it gave me a great chance to educate myself and explain our holidays and our traditions. Most of my classmates and bandmates knew about Judaism because they knew me.

Many get upset about ignorance or intolerance. That’s understandable, but I was taught that basic education makes a big difference. When a church or organization asked for someone to speak about Passover or Chanukah or Jewish practice, my family stepped up. I was the kid explaining the seder to the Methodists, or the sole Jewish teenager who invited all her friends to Shabbat dinner each week. My parents had an open door policy and a lot of extra dessert for whomever came over on a Friday night.

We’re lucky to live in a country that celebrates diversity. However, we should offer educational outreach whenever it’s helpful, so that we can live in peace with our neighbours. We can explain why there are obstacles to voting or campaigning in the middle of the fall holiday season, and why this is an issue. Also, instead of forcing some of us to feel uncomfortable and “too Jewish,” we can embrace each other as “Am Echad,” “One People.”

Even though the election date will not change, the situation is a learning moment for us as Jews and Canadians.

Reggae may not be everyone’s cup of tea, but I end this as I began it, with music. If we’re truly one people, with “one love, one heart,’” we should love all of our Jewish community. We stand up for what we need both to practise Judaism and our voting rights, as each of us sees fit. In Bob Marley’s religious (but not Jewish) words, “Let’s get together, and feel all right.”