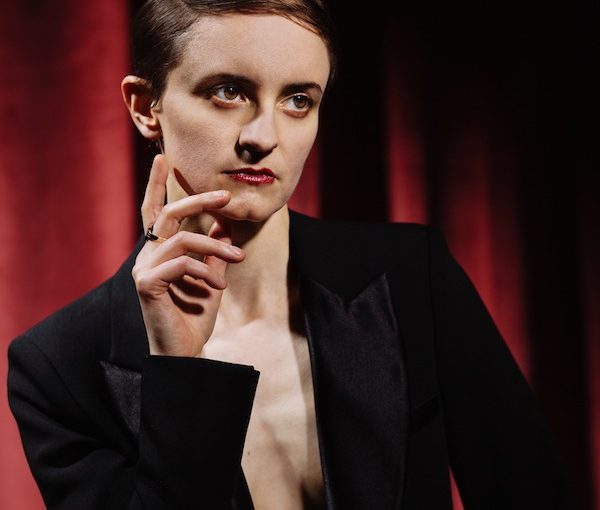 Montreal-based musician Elizabeth Leslie has a new EP out, Brave Animal, which, among other topics, tackles climate change. (photo from Eric Alper PR)

It had always been musician Elizabeth Leslie’s dream to visit Scotland, which her Sephardi ancestors had made their home. For years, she had envisaged hiking the Highlands, reveling in its beauty and experiencing the misty, “dreary” British weather that she had heard so much about.

Learning about the Leslie clan and their lives as Jews intrigued the young Canadian musician, who had been raised in Eastern Canada and is now based in Montreal. But so did the idea of experiencing a truly Scottish spring. So it came as a rude shock, she said, when she finally arrived to the British Isles to be greeted by a drought of parched hillsides and 25˚C weather. Her image of Scotland’s Highlands, she admitted, appeared to be sorely out of date.

“It wasn’t green rolling hills anymore. It was just glaring sun,” said Leslie. “I was peeling off layers and [there was] yellow grass and rampant tourism.”

That experience became a seminal moment for the musician, who attributes the erosion of the Highlands to humanity’s greed and the unrealistic goals of 21st-century capitalism. “Capitalism affects everything,” she told the Independent. “It’s a selfish beast and it’s unsustainable.… Capitalism mixed with climate change and the fact that climate change is a product of capitalism, [makes it] glaringly obvious that we need to completely reimagine the way we live.” 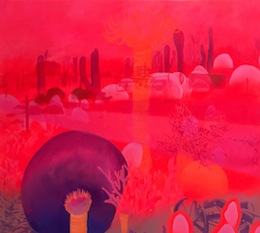 Her recently released EP recording, Brave Animal, speaks to that urgency. Its lead song, “To the Next,” is the summation of what she sees for future generations left to navigate the impacts of a warming planet. Its dark-wave melody is as hypnotic as its lyrics:

“There is only one place left to go / And I’m afraid that it is far / If you listen close / You will soon hear / All their words / Are full of fear.

According to Leslie, the song was written before Swedish climate change activist Greta Thunberg rose to notoriety. Still, its refrain hits to the heart of a question that is commonly voiced these days.

“When I wrote this song,” Leslie said, “Greta wasn’t around … but [she is] exactly the kind of girl I am speaking to in the song and she is metaphorically what that little girl is.”

Leslie added, “I mean, who is there to comfort Greta Thunberg? Why is there a teenager fighting [against] climate change and why aren’t the older guys in suits doing it with their millions of dollars?”

In Leslie’s eyes, change is motivated by leadership, and she believes there is a dearth of examples for young people to follow these days.

“There’s really no adult role models out there who are really standing up – at least in music,” or none willing to tackle a topic that is already defining a generation’s social and environmental expectations, she said. “I am just trying to give them some glimmer of hope, I guess.”

For this artist, probing difficult questions seems to come naturally, even when the questions are unpopular with those around her. When she learned some years ago that her Scottish ancestors were Jewish, she searched for more information and unearthed stories of the Leslie clan – started by a Jew who had served in a distinguished position for Mary, Queen of Scots, and was a Knights Templar – despite warning from her mother about antisemitism.

Although her mother wasn’t Jewish, she was concerned about her daughter taking on an identity that had been subjected to persecution throughout millennia. The warnings, though, didn’t deter Leslie, who later converted to Judaism.

“My mom had like 10 cups of tea per day and my dad drinks scotch every other night and my uncle plays the bagpipes and all that stuff, so it was a huge surprise in a lot of ways,” said Leslie about discovering her Jewish heritage. “But, for some reason … I always had a feeling about it.”

Although Leslie said her visits to shul are more infrequent these days, she sees a parallel between the values she was raised with and the ethics that Judaism espouses. Fairness and protecting the environment are at the heart of both her identity as a Jew and as a musician, she said. As is social justice. She said she was incensed when she found a book about the Leslie clan and learned that her ancestors were forced to convert to Christianity.

“That connection with the culture and values and also a really deep need to right the wrongs of the past” were key to her decision to convert, she said. “I just found it so unrighteous that my family was forced into this religion [of Christianity]. We already had a religion. I just felt it was so unfair and I wanted to turn back the clock.”

Her identity as a Jew has also been shaped by her relationships. Leslie, who self-describes as a non-binary queer person, was first introduced to Judaism when she dated a woman who had been raised Charedi and maintained a Jewish household. Leslie said the exposure to Jewish traditions was both fascinating and “extremely familiar.”

Leslie’s music can be purchased through a number of online venues, including Spotify or by connecting through her Facebook page.