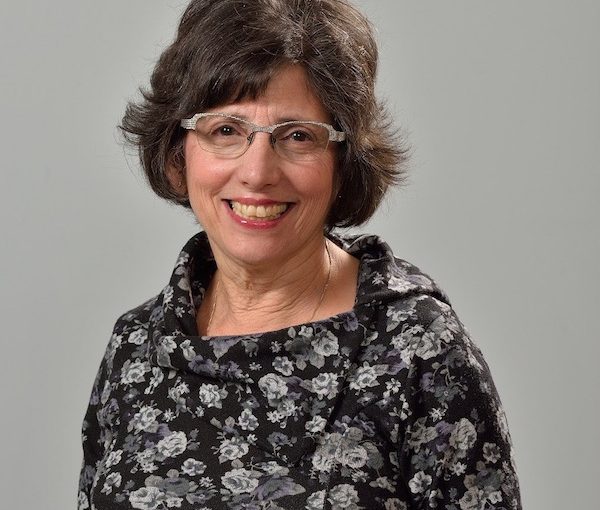 “There are approximately 7,000 rare diseases, each individually very rare. But, when you look at them as an aggregate, rare genetic metabolic disorders, they affect approximately one in 15, or two million, Canadians.”

Although there are various ways to define what constitutes a “rare genetic disorder,” Winnipeg-based Dr. Cheryl Rockman-Greenberg told the Independent, “One definition is that a rare disease is one that only affects one in 12 or fewer individuals in the general population, or some have defined it as disorders affecting a maximum of 1,000 to 2,000 individuals.”

Children who have a genetic rare disease experience high morbidity and mortality in the first two years of life. Phenylketonuria (PKU) is one of the more well known and, before a newborn baby leaves a hospital, he/she undergoes a heel poke. According to the Mayo Clinic website, PKU is an “inherited disorder [that] causes an amino acid called phenylalanine to build up in your body. PKU is caused by a defect in the gene that helps create the enzyme needed to break down phenylalanine. Without the enzyme necessary to process phenylalanine, a dangerous buildup can develop when a person with PKU eats foods that are high in protein.”

“Every baby born in Manitoba is screened for a whole series of rare metabolic diseases,” said Rockman-Greenberg.

Newborn screening programs have been in place across Canada since the 1960s and have expanded over time as treatment options, and the ability to diagnose disorders right after a baby is born, have increased.

“PKU only affects one in 15,000 children, but it’s an important metabolic disorder,” said the doctor. “Untreated children with PKU have severe developmental problems.”

Through research, it was discovered that PKU can be controlled by providing a special diet and, if treatment is started early, any damage can be completely prevented.

“These are all hereditary disorders. These metabolic disorders I treat or that are screened for at birth are all caused by one single gene pair, where there is a mutation in both copies of the gene,” said Rockman-Greenberg.

“Remember, genes come in pairs as two copies of the gene. And, if there is a misprint in each copy, if the child has misprints in both copies of the gene, then that condition is manifested. The genetic abnormality is the most significant factor for what causes the signs and symptoms. The environment plays little role overall.”

In the last few decades, more resources have been put into research. A big step in this direction was in the United States, with the Orphan Drug Act of 1983, which gave incentive to companies to develop treatments for rare metabolic diseases. Canada does not yet have such a policy.

“If you can imagine developing a treatment when there may be 50 patients in the whole country,” said Rockman-Greenberg. “It’s, first of all, a very expensive venture. For the industry, it’s much more profitable to do a drug trial for a common disease that may affect thousands and thousands of people.”

Regardless, the number of drugs that have been developed by companies prepared to invest in the research of rare diseases has increased.

“For many of these rare diseases, there are or have been excellent clinical trials over the past decade,” said Rockman-Greenberg. “And when the clinical trials have shown that a treatment is effective and safe, then more and more of these drugs get licensed and become available to treat patients.

“And then industry has stepped in and shown a commitment for drug development. This has greatly increased the number of diseases, rare metabolic diseases, that were not amenable to treatment but now have the potential for an effective treatment. So, a lot of the barriers have been removed … [because of] good research by industry and basic research by university scientists.”

Another factor that has helped change the landscape is the development of national patient groups.

“Parents and patient groups are extremely effective,” said Rockman-Greenberg. “They have really brought together the rare disease community that, in the past, has been very fragmented. Now, there’s a national voice through the Canadian Organization for Rare Diseases (CORD), Canada’s national network for organizations representing all those with rare diseases.”

“There are many disorders – rare, ultra-rare diseases – where we had seen babies die early of the disease. Now, the potential of treatment, viable and good quality survival, good quality of life … that’s what being a doctor is all about.”

Of these changes that have enabled her to provide better care for patients, Rockman-Greenberg said, “It’s wonderful. There are many disorders – rare, ultra-rare diseases – where we had seen babies die early of the disease. Now, the potential of treatment, viable and good quality survival, good quality of life … that’s what being a doctor is all about.”

Looking ahead, Rockman-Greenberg is optimistic. “In general, there are more and more incentives for drug development for rare metabolic diseases, so I see the metabolic community continuing to participate in clinical trials,” she said. “The development of therapies and, then, another major role that we as doctors have is to help ensure that patients have access to these promising therapies.

“We have to make sure that there are programs in places in all the provinces and territories that are going to allow patients to have access to these treatments. So, there’s lots of work that needs to be done and physicians have to be part of this dialogue with industry, governments and stakeholders to ensure we can make real change for patients with rare diseases.

“It’s one thing to find the cause for a rare disease. It’s another thing to prove a treatment is effective through clinical trials. But, at the end of the day, we have to make sure patients who aren’t candidates for treatment trials have access to care.

“We need to make sure as many people as possible are aware of the existence of rare metabolic diseases and how complicated they are, what a burden these diseases have on the patients and their families, but also about the many programs being developed to help research and develop new treatments, and help them connect to patient support groups that assist rare-disease patients.”

Rockman-Greenberg is the director of the metabolic service and a clinical geneticist in the program in genetics and metabolism of the Winnipeg Regional Health Authority. She is also a professor in the department of pediatrics and child health, and the department of biochemistry and medical genetics at the University of Manitoba. She grew up in Montreal and moved to Winnipeg in 1978. In January 1979, she began working at Winnipeg Children’s Hospital. As both a pediatrician and medical geneticist, she sees patients throughout their lifespan.