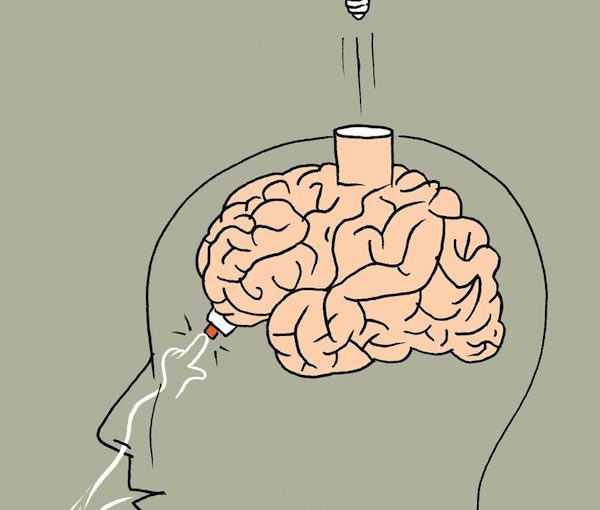 It has been known for years that there is a connection between brain injuries and diseases like Alzheimer’s, autisms and epilepsy, but early detection and possible prevention still elude us.

This was the message Ben-Gurion University’s Dr. Alon Friedman relayed at a recent brain-injury panel discussion, hosted by the Canadian Associates of Ben-Gurion University in Winnipeg. A professor in the medical faculty at Dalhousie University, Friedman was joined by Dr. Michael Ellis of the Pan Am Clinic Concussion Program; Dr. Benedict Albensi of the University of Manitoba and St. Boniface Hospital; and Jayson Dzikowicz of the Blue Bomber Alumni Association. The discussion was moderated by Charles Laflèche of St. Boniface Hospital Foundation.

Friedman opened with remarks on the work being done in the field of brain injuries at BGU and broke the discussion into two topics: traumatic brain injury and brain deterioration due to age.

“The money that we as a community spend on traumatic brain injury and on the outcome is tremendous,” said Friedman. “Sport injury is only one small part of it. Mostly, it’s road accidents and falls.

“We are getting into the 21st century and the average [life] expectancy in Western countries is around 80-to-90-years-old. Most of us will live at least until 90 or 100. The price is that we will all probably die with a brain disorder.”

According to Friedman, what is clear with all of the diseases is that we lose a lot of brain tissue before we see any symptoms. “The main problem is that we don’t understand how the diseases are generated. [Over] the last decade, we are trying to look differently at the brain.”

Researchers are now starting to look at the brain as a whole entity, including different cells that interact and communicate with one another all the time.

“While the brain gets the most blood to supply it with the elements it needs, blood does not enter into the brain tissue normally,” said Friedman. “The brain has its own environment protected by what researchers call ‘the blood-brain barrier.’ This separation allows the nerve cells in the brain to act in a very accurate and stable condition, regardless of what’s happening in the blood. A brain injury occurs when this barrier is broken.”

BGU learned more about this barrier by studying a group of football players in Be’er Sheva. “The reason we did it with football players is we knew it would attract the media much more than others, unfortunately,” said Friedman.

To help the audience grasp what football players face, Dzikowicz, who is a former player, shared his experiences with the panel. He has had approximately nine concussions. “Usually, one is more than enough to take people out of sports,” he said. “In business, if you’re faulting, it’s a long process to replace you. In sports, your replacement is standing 30 feet away…. You’re heavily motivated to stay on the field despite injury.

“When it became an issue with me … if you ever rub your eyes a lot and you see those circles … when I had those circles permanently, and when I got hit in the head and they’d be pulsing and flashing for weeks on end, that’s when I got the message that maybe I should stop playing.”

In the 1990s, when Dzikowicz played the game, his coaches’ main reaction was to say that he had “had his bell rung.” Dzikowicz went on to explain, “You got two plays off, you got some smelling salts and you got tapped on the butt and sent back on the field.”

Run by Ellis, the Pan Am Clinic Concussion Program treats children who have had concussions – the program focuses on kids with head injuries. “It’s a very unique partnership between Pan Am, the Children’s Hospital and our provincial government – multidisciplinary care for the children of Manitoba with mild, traumatic brain injuries,” he said. “Patients with more severe injuries go to the Children’s Hospital. We see 40-60 children a week.

“Fortunately, the vast majority of children who sustain a concussion will recover within two to three weeks, but we know that there’s a certain proportion, about 30-40%, who will have symptoms that will last longer.”

Some kids will have headaches or visual/reading abnormalities, issues with balance or develop mood disorders. The focus of the Pan Am program is to bring together experts from various fields to meet the needs of each individual patient.

While collaborative research on brain tumors and Alzheimer’s is being conducted, less is known about the connection between concussions and epilepsy. About the connection between brain trauma and epilepsy, however, Albensi said, “There’s certainly very good evidence that head trauma can lead to neurodegenerative disease…. The question is how many patients with TBI [traumatic brain injuries] develop epilepsy?”

At BGU, the focus is on using MRI to get better pictures of brain injuries and comparing them with images of normal brains. At Pan Am, researchers are developing an MRI brain stress test and looking at blood flow within the brain.

All the panelists agreed that treatment would be more effective with early detection. “Unfortunately, if someone has full-blown Alzheimer’s, the chances of reversing and changing the situation is almost impossible,” said Friedman. “The only chance … is early diagnosis.”

One of the biggest hurdles is getting those who are experiencing memory loss to see a doctor early enough and for the doctor to send them to a specialist without dismissing the memory loss as “normal.”

“There is a lack of awareness, because people don’t think that there’s something to do,” said Friedman. “Patients can go to early diagnosis in every large hospital today. There is general advice to be made and practice for detection, for treating.”

“I think that what we agree on is that there is some risk in families,” added Albensi. “It’s basically impossible to predict if a parent had Alzheimer’s whether his/her son or daughter will have it. Early diagnosis is more important.”

“The brain can change itself any time in our life,” said Friedman. “The fact that we can learn means the brain can change, at any age. In any condition basically after a trauma, whether emotional or physical, I don’t think it’s that important, but it’s possible.

“Inside a person, stress is a very important factor against brain plasticity. If we are motivated to change our brain, we can find ways to do it and help ourselves.”