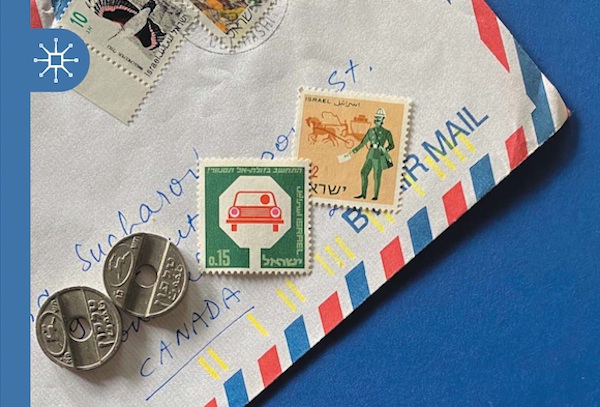 Many Jewish Independent readers will be familiar with the name Mira Sucharov. Whenever the paper ran her op-eds, at least one passionate letter to the editor could be expected. Agree with her or not on the topic of the Israeli-Palestinian conflict, she makes you think. And her latest book, Borders and Belonging: A Memoir, offers insight into how her mind works and how she has come to form her continually evolving ideas on the controversial subject.

But it’s not all politics and there’s no academic speak, though Sucharov is well-trained and has much experience in these areas – she is a professor in Carleton University’s department of political science and is University Chair of Teaching Innovations; she has developed courses for the university and has won teaching awards; she has multiple writing and editing credits. Borders and Belonging explores Sucharov’s political views and their development, but gives more time to childhood experiences, both happy and anxiety-ridden, including being a child of divorce, past romantic crushes, tales from Jewish summer camp, insights gained from living on a kibbutz, and more. It is an at-times cringeworthingly open coming-of-age story. 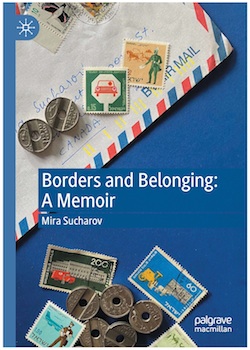 “I gave my dad and my mom parts to read, and I checked the scene about my daughter with her, as I did want at least their tacit blessing that this memoir wasn’t going to cause pain,” said Sucharov when the Independent asked about her candidness. “As for other family members, I basically let the chips fall where they may. I did make an effort to generally not try to ‘score points’ regarding other family members, for the most part. There’s a maxim in writing creative non-fiction (memoir), one that my writing mentor emphasized to me as well: write from scars, not wounds. Not only did I not try to actively make my family and friends appear in a bad light, I tried, most of the time anyway, to spotlight my own foibles and vulnerabilities. I think it makes for a more interesting read anyway. No one wants to read a memoir written by a narrator who is defensive and who is unaware of her own flaws.”

And Sucharov reveals many of her perceived flaws. She has dealt with high levels of anxiety her whole life, it seems, and, in many an instance, her stomach flips or lurches from feelings of rejection, excitement over a boy, worry over being among kids she doesn’t know, pleasure at being in beautiful surroundings, or tension at being confronted by someone who disagrees with her.

In addition to the sometimes-brutal self-assessment, readers will also be struck by Sucharov’s memory. The details – books read, games played, reimagined conversations, etc. – are noteworthy. And Sucharov did take notes, she said. She kept a journal for a couple of summers when she was a camp counselor and when she was in Israel in the early 1990s. But, she said, “I remember a lot. For some childhood scenes, I juxtaposed memories of objects I knew I owned (specific toys, games, clothing and books) with particular events I recall occurring. So, for example, when ‘Leah’ sleeps over, I don’t recall if I read Roald Dahl on that particular night, but I do know that I read lots of Roald Dahl at that point in my life, so I inserted it as a period detail.

“Same with the Archie comic being read in the cabin while I inadvertently undress in front of a boy, causing me great embarrassment. I don’t know for certain whether we were reading Archie comics on that particular day, but I do know that we read Archie comics during that time in our life. Adding these details is a way of setting scene and drawing the reader into a world, rather than writing, ‘we used to read Archie comics.’ I treasured my toys, books and games. I’m still trying to forgive my mom for selling my remote-controlled R2-D2 robot toy at a garage sale for five bucks one summer, while I was away at camp.”

By way of another example, Sucharov said, “As for the separation scene that takes place before I’ve even turned 4: my own memory is that my parents asked me to pick toys to place in one house and in another. Recently, though, my dad gave me a different account: he said that he and my mom took me into their bed, placed me between them and broke the news. I do not recall this. So, instead, I used the memory that I did have, even if it had been partly of my own creation. In that case, it may not have been totally accurate, but it succeeds at capturing the emotional dynamics of the event – me having to cope with my parents’ separation, which was traumatic.”

Other aspects, such as exactly which scary Disney movie she watched at her dad’s, were verified with one of her “all-time favourite tools: IMDb!” And some instances she recounts are composites of multiple moments.

Sucharov has no regrets about laying so much out there publicly. “I’m a firm believer in modeling vulnerability,” she said.

“In writing and in teaching, it creates a crucial connection between writer or professor/instructor and reader or student,” she added. “By introducing our backstage selves, it can help others better learn how to soar. It is an ethic of generosity.”