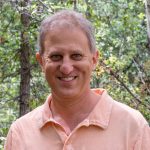 While hate groups and their opponents across North America rally, and sometimes brawl, proponents of civil discourse are teaching people to communicate effectively across divides.

However, Rabbi Jay Henry Moses, who will speak in Vancouver this month, admits that those at the extremes may not be fertile soil for seeding civil discussion. It’s the vast majority in the middle of the bell curve he is interested in, the great number of people of goodwill who wish to debate agreeably but sometimes lack the skills to do so.

Moses is vice-president of the Wexner Foundation, which was founded by Ohio philanthropist Les Wexner in the 1980s to focus on the development of Jewish professional and volunteer leaders in North America, and public leaders in Israel. Moses will visit here as one of five speakers at FEDtalks, the opening event of the Jewish Federation of Greater Vancouver’s annual campaign, on Sept. 13.

The Wexner Foundation has an upcoming summit on civil discourse and the topic permeates everything the organization does.

“The topic is of particular interest to us because, built into the fabric of all the programs that we run for leaders is the element of diversity,” he told the Independent in a telephone interview. “We have, since the very beginning of our work, always been very clear that we serve the entire Jewish people and the entire state of Israel and that the leaders who go through the programs that we run will be stronger and better leaders for having encountered those with different viewpoints, and learn from them. It’s actually long been part of the secret sauce of what makes our program successful … that we’ve managed to be able to bring together people who disagree with each other about important things but who share a common mission of one type or another. We’ve been able to bring them together and have the resulting cohorts be greater than the sum of their parts precisely because of that diversity.”

Nurturing an openness to diversity of opinion, particularly in the frequently contentious realm of Jewish and Israeli leadership, allows alumni of Wexner’s varied programs to bring some of that wisdom to the other circles of influence they occupy, he explained.

Inside and outside of the Jewish world, there are challenges and opportunities around civil discourse, Moses said.

“I am optimistic in the long run but realizing in the short run the hill that we have to climb is pretty steep,” he said. In the aftermath of Charlottesville and other conflicts, the chasm between the ideal and the real is evident.

“The ideal may be that everybody will be able to participate in conversations with people they disagree with and do so in the spirit of openness and learning and growth and not necessarily agree, but at least be able to occupy the same space and have the spirit of open-mindedness in their conversations and maybe get to better solutions because of talking with people who are speaking differently and so on,” he said. “That’s the ideal that we are working towards. The reality is that we have extremes on both ends. We have people whose adherence to their worldview and ideology is so extreme and so rigid that they have no interest in, nor ability to, engage in conversation – civil conversation – with people they disagree with.”

Focusing on these extremes is not a recipe for success, said Moses.

“We have to start by not focusing on them, [and] actually focus on those in the middle of the bell curve who may be on one side or another of any given ideological divide, but who are not closed off entirely to engaging with people they disagree [with],” he said. “I think the vast majority of North American Jews, if you want to talk about the universe that we are mostly influencing, are mostly in the middle of that bell curve somewhere. They are not extremists and [are] candidates for the kind of experiences that can enrich them, and enrich our community, by bringing people together who disagree in the right way.”

Providing people with the tools to express themselves and to listen to those with whom they disagree is an art, not a science, and Moses acknowledges he doesn’t have the silver bullet. But working toward civil discourse may be more urgent now, in the age of social media.

“When conversation is left to its own devices, especially in an era of social media, we often lead with less than our best selves,” said Moses, dryly. “So, having a structure within which to safely and carefully and slowly approach sensitive topics is really important. Letting it unfold organically, as it often does in social media is, in many cases, a recipe for miscommunication and breakdown of civil discourse.”

Bad experiences on social media, Moses fears, have actually made people more wary of having potentially difficult conversations in person.

“They are more hesitant to have conversations in person because they’ve seen online how quickly it can devolve into personal attacks or other really uncomfortable and difficult situations,” he said. “I think we are encountering people we disagree with all the time but I feel like we’re actually talking to them less because we feel we have nothing to talk about. We don’t know how to start those conversations, or we have had them end badly. We’ve had personal relationships damaged and much of that damage has happened online because things happen more quickly and at a greater distance. So, face-to-face conversation is suffering as a result.”

The essence of his message to the Vancouver audience will be that struggling to communicate civilly is not a new phenomenon, but it is made more urgent by contemporary developments.

“This problem is not new – it’s been part of our community’s challenge for centuries,” he said. “At the same time, we are in a moment where, because of a combination of a lot of these factors, it’s a crisis, you have a level of urgency that it may not have had before. I want to make the point that, although unhealthy disagreement has a long history in Jewish life, we also have baked into the fabric of our tradition amazing resources and a time-tested recipe for creating a culture of dissent that allows us to engage in a healthy way as a community. I’d like to address some of the ways we can use those principles from our tradition and from our history, sort of repurpose them for the 21st century, and create a new model for how we can rebuild that culture of healthy dissent using our own DNA and adapting it to our day.”

“As the director of that program for many years,” he said, “I worked with Jewish communities across North America to identify and then train volunteer leaders – high potential, promising, up-and-coming volunteer Jewish leaders who engage in a two-year program of study of Jewish history and Jewish thought and also of Jewish leadership. We basically are investing in these leaders to give them knowledge and inspiration to go back to their Jewish communal volunteer work with broader vision, more confidence, a deeper network and a sort of bolder vision of what the Jewish future can be and their own sense of responsibility for bringing us toward that future.”

There are several connections between the Wexner Foundation and other speakers at FEDtalks, Moses noted. Also at the Chan Centre podium will be Eric Fingerhut, president of Hillel: The Foundation for Jewish Campus Life, of which the Wexner family has been very supportive. He also noted that Ruth Wasserman Lande, another speaker (profiled in the Independent Aug. 18), is a Wexner alumna.

Moses has a request for the Vancouver audience: “Judge me kindly if I’m sharing the stage with Ruth, who is an extraordinarily impressive and charming person.”

For the full speaker list and to purchase tickets, visit jewishvancouver.com.