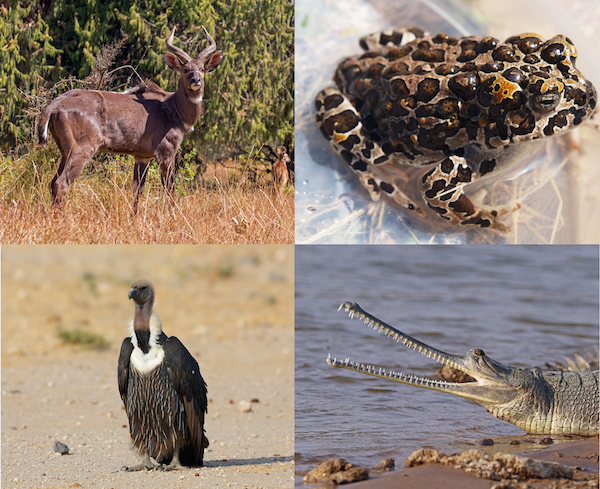 Since 1970, the population sizes of mammals, birds, fish, amphibians and reptiles have declined by 68% – or more. (photo from CABGU)

Over the past 24 years, Living Planet Report has been published biannually by the Zoological Society of London and the World Wildlife Fund. It highlights the major declines that some 20,811 vertebrate populations, representing 4,392 species monitored around the world, have experienced globally. The 2020 report (which is the latest one) showed that, on average, the population sizes of mammals, birds, fish, amphibians and reptiles declined by 68% between 1970 and 2016.

As large as that decline is, a paper published in the journal Nature last month by a group of scientists based in Israel – Drs. Gopal Murali and Gabriel Caetano from Ben-Gurion University were lead authors of the paper – shows that it might greatly underestimate the situation.

“This is truly alarming,” said Caetano. “If populations inside protected areas – where we focus a lot of our conservation efforts – are doing so badly, those that reside outside protected areas are probably worse off. The true situation of nature – mostly not monitored or protected – may be much worse.”

The authors highlight the need for proper accounting of the status of nature when making generalizations (as they have done in their paper). However, they also advocate for greater monitoring of populations and species in different locations and stress that many animal populations and natural environments will be lost forever without concentrated and direct action.

The world is experiencing massive transformations that are expected to intensify in the coming decades and have fundamental and dire consequences for the natural world. Prof. Shai Meiri from Tel Aviv University, also a co-author of the Nature article, said, “Rather than discourage us from action, we feel that our work should be viewed as a call to arms. Rapid and comprehensive changes in how we view our relationships with nature are needed – and the onus is on us to make sure they happen before it is too late.”