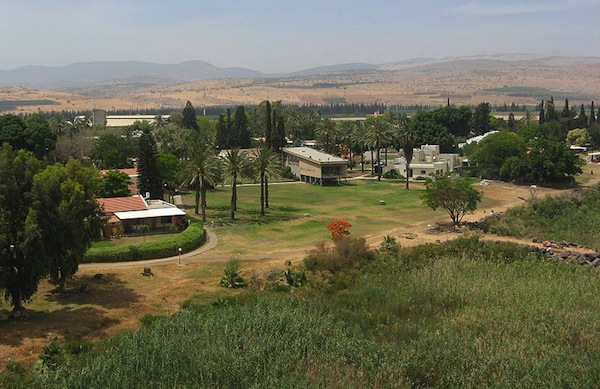 Planning a three-week trip to Israel last year, I booked a short kibbutz stay near the Sea of Galilee, the Kinneret. I chose Kibbutz Ginosar for no other reason than its location right on the water and ease of access to the various attractions in the area.

When I mentioned to an Israeli-Canadian friend the name of the kibbutz, she said, “Isn’t that Yigal Allon’s kibbutz?”

I like to imagine I have at least a passing knowledge of Israeli history, but the name meant nothing to me. As I have asked around since, I find the man’s name and reputation are not as widely known as they should be.

To back up: I did not go through the conventional kibbutz booking process. I found the charmingly comfortable but rustic cottage on Airbnb, a development around which the socialist Zionists of the Youth Aliyah who founded the place would doubtless have had trouble wrapping their heads.

In any event, I soon learned that Allon, who was born in 1918 in the Yishuv, was one of the founding leaders of the Labour movement. In the 1930s, he commanded field units of the Haganah during the Arab revolt and, during the Second World War, worked with British forces fighting in Syria and Lebanon. He later helped found the Palmach, the elite fighters of the Haganah, becoming deputy commander in 1943, and he was, from 1945 until the creation of the state, its commander. It was on Allon’s orders, received from David Ben-Gurion, that the Haganah shelled the Irgun ship Altalena, in June 1948, a pivotal moment in the creation of a unified Israeli military and, indeed, in Jewish and Israeli history.

During the War of Independence, Allon commanded forces in many major operations. In 1955, he was elected to the Knesset, serving 25 years until his death in 1980. He served, variously, as minister of labour, immigrant absorption, education and culture, as well as deputy prime minister. And here is a footnote to history with which you can entertain guests at your upcoming holiday celebrations: Allon served as prime minister of Israel.

Well … interim prime minister. In the three weeks between the death of Levi Eshkol, in 1969, and the ascension of Golda Meir to the Labour Party leadership and the prime minister’s office, Allon filled in.

Perhaps as intriguing, though, Allon was, in a way, the northern analogue to the southern Ben-Gurion. Ben-Gurion recognized the necessity of planting both human roots and agricultural roots in the Negev. Allon was an advocate for populating the northern part of the country after the War of Independence.

The Yigal Allon Centre, located on the kibbutz, celebrates “The Man in the Galilee.” In addition to telling the story of his life and career, the museum features an unrelated attraction that has become a must-see on Christian pilgrimages in the area.

Somewhat serendipitously – bashert might be the better word – the kibbutz has enjoyed a giant spike in Christian tourism after the discovery, in 1986, of an ancient boat. During a terrible drought, when the waters of the Kinneret receded, local fishermen – brothers Moshe and Yuval Lufan – discovered the remains of a boat about 27 feet long and seven-and-a-half feet wide. Carbon dating indicated that it was probably from around the first century CE.

A 12-day, around-the-clock operation excavated the boat from the mud and prevented exposure to the atmosphere by wrapping it in insulating foam, which allowed the vessel to be transported safely and buoyantly. It was then submerged in a bath of wax for a dozen years, preventing the internal water and external air from disintegrating the structure.

There is not, of course, any evidence to say that the boat was ever touched by Jesus or his disciples, but the carbon dating to that time period has allowed entrepreneurial tourism officials to market the exhibit as of particular interest to Christian visitors.

In Christian tradition, Jesus called on another pair of brothers – Peter and Andrew, fishermen on the Sea of Galilee, later beatified – to follow him and become “fishers of men,” proselytizers for the new religion, Christianity.

In the way that public relations can sometimes stretch credulity, the admittedly intriguing ancient find is sometimes marketed as “the Jesus boat,” which does nothing to discourage the backlog of tour buses that pile into Kibbutz Ginosar any given day of the week and whose passengers pack the adjacent gift shop.

With Ginosar as a base, travelers can easily drive south to Tiberias or north to the mesmerizing holy city of Tzfat, a centre of mysticism and kabbalah. The laid-back atmosphere of the kibbutz can also be a refuge from the hectic pace of Israeli tourism. Ginosar is home to Israel’s legendary Jacob’s Ladder music festival.

On our visit, our host invited us to an open-mic night. Not sure what to expect, we were greeted with one of the most memorable celebrations of our entire trip. Apparently, almost every kibbutz resident, human, canine and feline, plus visitors, showed up for a multigenerational celebration that seemed not so much about the music, although that was great, but about the utter joy of community.