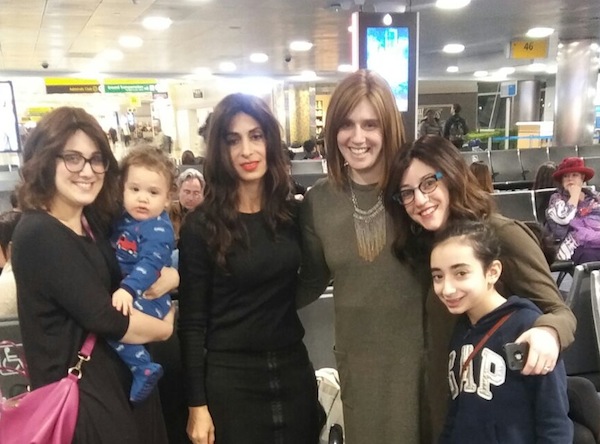 Nine B.C. Chabad rebbetzins were among the 3,000 women attending the annual conference of Chabad shluchos. (photo from Lubavitch BC)

The annual conference of Chabad shluchos (female emissaries) ended on Feb. 1 with an affirmation of the preeminent place of the woman in Jewish life and community. Some 3,000 women from 87 countries attended the International Conference of Shluchos at Chabad-Lubavitch headquarters in Brooklyn.

Each embracing multiple roles and responsibilities, the women explored relevant issues and learned from professionals and colleagues with years of experience. Among the diverse topics were raising a large family, mental health issues, events marketing, understanding troubled relationships, fundraising, inclusion, and a conference within the conference for Hebrew school and preschool directors.

Sessions were targeted to address the different demographics served by Chabad. Campus leaders, for example – there are at least 240 women serving in leadership positions on campuses in the United States and abroad – attended sessions on raising a family on campus, life on campus, psychodynamic counseling for anxiety, and Chabad House on a budget.

Lectures and workshops aside, the opportunity to spend time with other like-minded women from so many disparate countries and cultures who are part of a worldwide project inspired by the Lubavitcher Rebbe, gave the participants, especially those going back to far and isolated outposts, an exhilarating sendoff.

“This was truly a larger-than-life experience that will sustain me for a long time,” said Sashi Fridman, an American who is now a Chabad representative in Moscow. “It illuminated the power of the Jewish woman to lead – drawing on the strength of our tradition – with wisdom, as it focused on women who effect real, meaningful change with courage and creativity.”