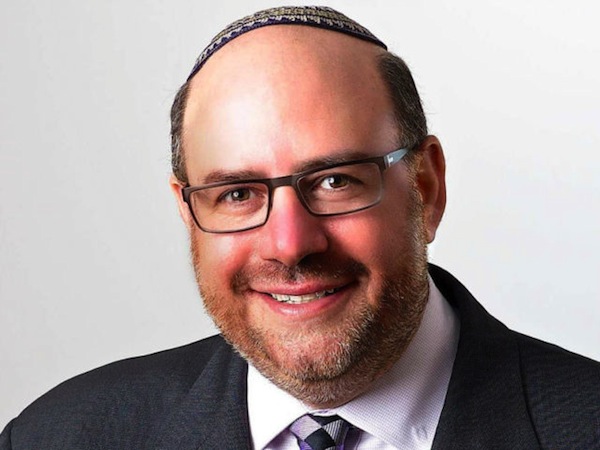 Toronto’s Beth Tzedec Congregation, one of the largest Conservative synagogues in Canada, announced last month that its rabbis will officiate at same-sex marriages.

While Beth Tzedec is not the first Conservative synagogue in Canada to sanctify same-sex weddings – Beth David and Beth Tikvah, also in Toronto, have already done so – the development has generated a surprising amount of interest, said synagogue president Debbie Rothstein.

Reaction from synagogue members has been “overwhelmingly positive,” she told The CJN soon after the announcement was made. “I’ve received a couple of concerns; we know change is hard. It’s not even been 24 hours, but (reactions) have been unbelievably positive and supportive.”

In fact, Rothstein said she had heard from members who were surprised this was not already a policy at the synagogue. “People were ready for this change to be made,” she said.

The decision is the culmination of decades of study by the Conservative movement and the synagogue, said Beth Tzedec’s senior rabbi, Steven Wernick.

In 2006, the Conservative movement passed a number of resolutions welcoming LGBTQ Jews into the community, and lifted a ban on ordaining gays and lesbians, based on the principle of kavod habriut, honouring all God’s creations, Wernick said. “Halachah is a living, evolving process of living a meaningful Jewish life. In 2021, to be fully welcoming of the LGBTQ community, to be willing to welcome and officiate at same-sex weddings, is a moral imperative,” he said in an interview.

In 2012, the Conservative movement’s committee on Jewish law and standards approved two model wedding ceremonies, as well as guidelines for a same-sex divorce. Rabbis can adapt the marriage ceremonies for the couples.

In 2017, as part of its strategic planning process, Beth Tzedec formed a task force for LGBTQ inclusion. It has participated in Pride Shabbat, Pride Month and other programs.

Beth Tzedec now has gender-neutral bathrooms, and has worked with Keshet, an international organization that advocates for LGBTQ equality in Jewish life, to examine its policies and the language it uses.

Officiating at same-sex weddings is the culmination of the task force’s work, Wernick said. “One of the things that we heard loud and clear is that you can’t claim to be fully welcoming until you’re doing same-sex weddings,” he said.

The same-sex weddings will differ slightly, and will be called brit ahavim – a covenant of love – rather than the traditional term, kiddushin (betrothal).

Even in a double-ring ceremony, kiddushin is not an egalitarian framework, and so the Conservative movement has developed other “covenantal ceremonies” that are more appropriate to same-sex weddings, Wernick said.

But there will still be all the trappings of a traditional wedding: a chuppah (canopy), a ketubah (marriage contract), wine, blessings and the breaking of a glass. “It’s going to be a holy and wholly Jewish ceremony, in both senses of the word,” he said.

Same-sex weddings will only be offered to couples who are both Jewish, Wernick said, pointing out this was not a decision about interfaith marriages.

Since the recent announcement was made, the rabbi said he has received several emails from families who are personally affected. Some shared that they were not able to get married in the synagogue, as they might have wished. The parent of a transgender child expressed to the rabbi how “meaningful it was that his child now had a place at Beth Tzedec where he can be validated and loved as a child of God.”

While Beth Tzedec is not, as mentioned, the first Conservative synagogue to bless same-sex marriages, Wernick said he expects it will also not be the last. “Beth Tzedec has traditionally been considered one of the leading congregations both in Canada and around the world. I would imagine we will be influencing other congregations to do the same.”

In early 2012, Congegation Shaarey Zedek in Winnipeg became what was believed to be the first Conservative shul in Canada to host a same-sex marriage.

For years at Toronto’s Beth Sholom Synagogue, “our stated position, once egalitarianism was adopted, is to do weddings without concern for gender,” said the congregation’s Rabbi Aaron Flanzraich, adding – likely echoing the policy at other Conservative synagogues – “provided both persons were Jewish.”

The Ontario region of the Rabbinical Assembly, the international association of Conservative rabbis, which Flanzraich chairs, is populated by autonomous congregations, and “each makes their policies in accordance with the wishes and traditions of their respective communities.”

“The Conservative movement is finally stepping up and opening its doors to the legitimacy of same-sex marriage,” said Apple. “Something many of our LGBTQ members and their families have been waiting for, for a long time.”

This article originally was published on facebook.com/TheCJN, and includes reporting by Ron Csillag. For local perspectives on this topic, in the context of transgender rights, see jewishindependent.ca/affirming-transgender-rights.