Dozens of doctors from Ethiopia and neighbouring countries recently participated in a practical course, the first of its kind, which trained them to fix pediatric orthopedic deformities. The course, held for the first time in Africa, was led by Prof. Mark Eidelman, director of the pediatric orthopedics unit at Rambam’s Ruth Rappaport Children’s Hospital.

Fifty doctors participated in the four-day course. Some of them had already completed their internships, while others were still interns. They attended lectures about different treatment types, attended workshops and participated in surgeries. The Black Lion Hospital in Addis Ababa, Ethiopia, hosted the course, which was sponsored by CURE International. CURE is a nonprofit organization that assists children in developing countries suffering from medical issues, in cooperation with POSNA, the Pediatric Orthopedics Society of North America.

The Ethiopian hospital’s pediatric orthopedic services are directed by two doctors from England who relocated to Ethiopia several years ago. The doctors created the course in order to give treatment tools to local medical teams dealing with one of the most common problems in the country.

“Against the backdrop of genetic diseases and problems, and especially since there is a great lack of knowledge, infrastructure and treatment capabilities with regard to pediatric orthopedic deformities, there are many people in Ethiopia with problems that are taken care of in other countries at much earlier stages,” said Eidelman. “In Israel, like in many other Western countries, they know how to diagnose problems … and treat them in a timely manner. This helps these patients to enjoy a higher quality of life and prevent their conditions from deteriorating. Now, for dozens of local doctors, there are tools and knowledge to help their patients.”

Joining Eidelman on this recent mission were two doctors from the United States: one who was Eidelman’s teacher, Prof. John Herzenberg, a senior doctor in the field from Baltimore; and Prof. Christof Radler, who is also renowned in his field.

According to Eidelman, the main problem in training African doctors is the difficulty of traveling to the United States to receive training there. “The institutions in Baltimore are considered the best in the field in terms of training and teaching, and the city hosts the leading conferences and courses,” he said. “Unfortunately, most of these doctors don’t manage to secure entry visas for the U.S. and, as such, are denied access to this information. This is the reason why we decided to bring the training to them. At the end of a successful course, we decided to continue with this initiative and, in the near future, I’m supposed to return to Ethiopia in order to train additional doctors.” 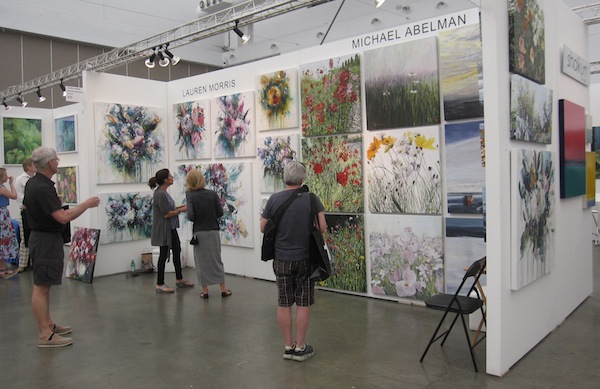 The fifth lecture in the Janusz Korczak series “How to Love a Child” was titled Janusz Korczak’s Enduring Legacy: Social Pediatrics in Canada and Vancouver, and it was most enlightening.

The subject was building and nurturing a network of support around the child – the “Circle of the Child” discussed by pediatrician Dr. Gilles Julien, one of the keynote speakers on Feb. 18.

Julien is the president and founder of the Fondation du Dr. Julien, and he is affiliated with McGill University and the Université de Montreal. He has made it his mission to help children from disadvantaged backgrounds develop harmoniously and reach their potential. And he has created a preventive approach – community social pediatrics – to try and guarantee that each of a child’s fundamental rights as set forth in the Convention on the Rights of the Child will be respected. Over the years, he has mobilized people from Montreal’s lower-income neighborhoods by founding two social pediatric centres, one in Hochelaga-Maisonnueve and one in Cote-des-Neiges. The model of social pediatrics that he initiated has helped shape programs across Canada.

In Julien’s own words: “Janusz Korczak’s spirit remains with us in working to build strong children. He was, and still is, a powerful inspiration for all of us who strive to prevent children from being left hanging in limbo, and obtaining [for them] the services and accompaniment to enable them to fulfil their developmental needs and preserve their rights in accordance with the United Nations Conventions of the Rights of the Child.”

The second keynote speaker on Feb. 18 was Dr. Christine Loock, a developmental pediatrician at Children’s and Women’s Health Centre of British Columbia, including Sunny Hill Health Centre for Children and B.C. Children’s Hospital, where she is medical director of the cleft palate and craniofacial disorders program and specialist lead for the social pediatrics RICHER (Responsive Intersectoral Children’s Health, Education and Research) initiative. She is an associate professor in the department of pediatrics at the University of British Columbia faculty of medicine and a recipient of the 2012 Queen’s Diamond Jubilee Medal for community service awarded by the Governor General of Canada.

Early in her medical training at Harvard University and the University of Washington, Loock developed an interest in social pediatrics. Her early clinical and research work focused on children and youth with congenital conditions and developmental disorders, including fetal alcohol spectrum disorders and birth defects prevention. Over the past decade, she has been engaged in collaborative interdisciplinary research and practice to develop the RICHER health service delivery models for socially vulnerable children and families in Canada. The child- and family-centred model takes into consideration a family’s particular needs and circumstances when determining the provision of care, linking services to specialized care, if needed, and community-based support networks.

Ardith (Walpetko We’dalks) Walkem rounded out the panel of speakers. A member of the Nlaka’pamux nation, which stretches from the B.C. Interior into Washington state, she has a master of laws from UBC, with a research focus on indigenous laws and oral traditions. Walkem has practised extensively with different indigenous communities, assisting them to assert their aboriginal title and rights and treaty rights, with a focus on helping them articulate their own laws and legal systems. She has worked as parents’ counsel on Child Family and Community Service Act cases, and as counsel for indigenous nations in matters involving their child members. She has also helped design systems based on indigenous laws for children and families.

Moderating the evening’s program was Dr. Curren Warf, a clinical professor of pediatrics and head of the division of adolescent health and medicine of the department of pediatrics at B.C. Children’s Hospital and the UBC faculty of medicine. He has a longstanding involvement in the care of adolescents and working collaboratively with community agencies.

Finally, I spoke briefly about Korczak, how he reached out far beyond the core of his specialization as a pediatrician to care for needy children and how he filled many varied roles necessary to the well-being of children.

The final lecture in the series – How to Love a Child: Turning Rights into Action – will be held on April 6, 6:15 p.m., at the Robert E Lee Alumni Centre at UBC. There will be a wine and cheese reception, exhibits and speakers. For more information and to register, visit jklectures.educ.ubc.ca.

Lillian Boraks-Nemetz is a Vancouver-based author and a board member of the Janusz Korczak Association of Canada.