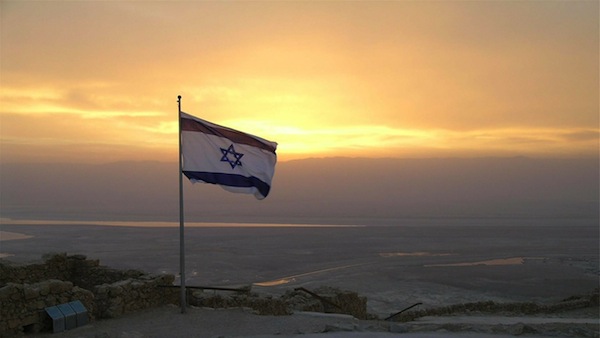 The American organization Jewish Voice for Peace claims as its mission the achievement of “a lasting peace for Palestinians and Jewish Israelis based on equality, human rights and freedom.”

As anyone living in 2017 knows, words are occasionally empty vessels, and can at times even express the opposite of what they appear to convey. JVP’s mission is an example.

The JVP website equivocates on whether a one-state or two-state solution is desirable for Israelis and Palestinians. “We support any solution that is consistent with the full rights of both Palestinians and Israeli Jews, whether one binational state, two states, or some other solution. It is up to Israelis and Palestinians to reach a mutually agreed upon solution,” it reads. But a new campaign by the organization is making waves – and showing JVP’s true aims.

The group is calling on young Jews to reject the offer of a free trip to Israel through Birthright. The campaign’s hashtag – #ReturnTheBirthright – underscores JVP’s nonchalance about Jewish self-determination.

Posters for the campaign ask: “How was your trip to Israel? The 5,149,742 Palestinian refugees are curious.”

We could split hairs about the number 5,149,742. Palestinian refugees are defined unlike any other refugees in the world. Thanks to the perpetual Palestinian statelessness created and maintained by the Arab world since 1947-48, and a United Nations definition that makes refugee status an inherited Palestinian birthright, the number of Palestinian “refugees” grows larger by the year.

Explaining the campaign, the group’s website says, “we must acknowledge that the modern state of Israel is predicated on the ongoing erasure of Palestinians. Taking a Birthright trip today means playing an active role in helping the state promote Jewish ‘return’ while rejecting the Palestinian right of return. It is not enough to accept this offer from the Israeli government and maintain a critical perspective while on the trip. We reject the offer of a free trip to a state that does not represent us, a trip that is only ‘free’ because it has been paid for by the dispossession of Palestinians. And, as we reject this, we commit to promoting the right to return of Palestinian refugees.… There are other ways for us to strengthen our Jewish identities, in community with those who share our values. Israel is not our Birthright.”

The campaign invites young Jews to sign a promise declaring: “We are Birthright-eligible Jews between the ages of 18 and 26. We pledge that we will not go on a Birthright trip because it is fundamentally unjust that we are given a free trip to Israel, while Palestinian refugees are barred from returning to their homes.”

There is a host of problems with JVP’s approach. Almost everyone acknowledges that a final agreement between Israelis and Palestinians will include some accommodation for Palestinian refugees. But even top Palestinian officials have acknowledged this is likely to be some sort of compensation or exchange, not a literal and complete right of return that would effectively eliminate Israel’s Jewish majority. By demanding precisely that – a complete and literal right of return for Palestinians, ignoring all the nuance, history, practicalities and implications of such a move – JVP is calling for an end to Israel, despite talk about wanting Israelis and Palestinians to reach a mutually agreed upon solution.

Moreover, if “a lasting peace for Palestinians and Jewish Israelis based on equality, human rights and freedom” is JVP’s genuine objective, they are going about it all wrong. The inevitable outcome of the right of return that is endorsed by JVP would be a Palestinian-majority region between the Jordan and the Mediterranean.

There is plenty to criticize in Israel’s approach to Palestinians, particularly by the current government. But, by polarizing the discussion, encouraging Palestinians to expect complete victory without compromise, groups like JVP make things worse, not better.

When both sides compromise and acknowledge that the other has rights, the potential for peaceful coexistence will emerge. Campaigns that deny the Jewish people’s right to sovereignty in their indigenous homeland do not advance a resolution to Palestinian statelessness; they prolong it.

In the meantime, as Jewish university students return to classes this month, we encourage them to travel to Israel, whether on Birthright or another program, and take the opportunity to open their eyes to the world, to look at it critically and refuse entreaties to bury their heads in the sand.