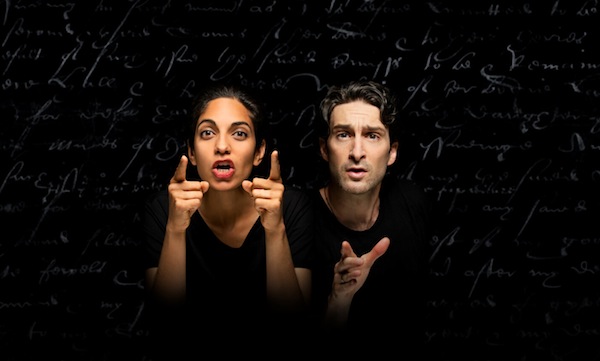 Throughout COVID, Vancouver’s Bard on the Beach has been unable to mount its popular summer festival at Vanier Park. However, it is easing its way back into the hearts and minds of Shakespeare fans with its innovative film production Done/Undone, written by Kate Besworth and starring Bard veterans Charlie Gallant and Harveen Sandhu, who take on multiple and diverse roles. The creative team includes community member Mishelle Cuttler as sound designer.

The film raises many probing questions. Is time up for Shakespeare’s works in the #metoo, woke, cancel culture era? Is there room today for plays written 400 years ago that can be interpreted as misogynist (The Taming of the Shrew), racist (Othello) or antisemitic (The Merchant of Venice)? Are the Bard’s works not just the reflections of a white, privileged male, written for colonial audiences to glorify British mores and culture? Or was English writer Ben Johnson, who died in 1637, right when he said Shakespeare was “not a man of his age, but a man for all times?” Should any form of Bardolatry continue or should Shakespeare and his folios be laid to rest as we move forward with contemporary artists telling contemporary stories?

To answer these questions, the film, set against the backdrop of a working theatre, uses snappy vignettes to showcase the pros and cons of the debate with interesting and perhaps unexpected results.

It opens as the two actors arrive at the theatre to prepare for a production of Hamlet, and the question first arises. Sandhu appears as Shakespeare to state that the purpose of writing is to “hold a mirror to humanity,” as she lists off the myriad subjects that the Bard explored – the sea, star-crossed lovers, a donkey in the arms of a fairy queen, an exiled warrior, an emperor of Rome, a triumphant king, how choices matter, and how governments fail us.

We then are spectators to a battle of wits between dueling professors, explaining and emoting from their respective lecterns. Gallant emphatically argues that Shakespeare is a product of a white, patriarchal society, using words as a tool of cultural imperialism written, originally, for white men to perform (women were not allowed to act in Shakespeare’s times, so male actors would take on the female roles) and that there is no place today for his work. Sandhu counters that Shakespeare’s texts still evoke emotions that resonate within the contemporary world – his topics of love, hate, greed and lust are timeless and embedded in the human character, she argues. She sees Shakespeare as remarkably progressive, with many of his characters in gender-fluid roles and with his portrayals of strong women – Rosalind, Cleopatra and Lady Macbeth, to name a few. His works can provide teaching moments, says Sandhu, giving the examples of Taming of the Shrew to show the harm that misogyny causes, King Lear, the scourge of elder abuse, and Othello and Merchant as vehicles to elicit tolerance and empathy in society.

Other vignettes in the film include a Bard board member – a neurosurgeon – who, during an opening night audience address, poignantly recounts the solace he found in the dark spaces of the theatre during a production of King Lear after the loss of a patient. He says that darkness was the escape from the reality of his grief.

Another scenario depicted is a couple taking in a performance of Romeo and Juliet, where the woman is clearly more into it than her male partner, who finds the Shakespearean language highbrow and difficult to understand.

Then there are the gothic, spectre-like creatures who denounce the Bard’s portrayal of women and Blacks in a macabre pas de deux; a talkback session after a Measure for Measure performance, where the female actor embarks on a scathing indictment of colour-blind casting; and the finale, in French, as the two actors attend an inventive Shakespeare festival in Montreal.

Shakespeare’s influence is global. At any given time, somewhere on the planet, one of his plays is being produced, either in its original form or as an adaptation. Do we judge him with our contemporary lens or should we remember the times in which he wrote and appreciate his genius? Done/Undone is a thoughtful and intelligent production that seamlessly blends the worlds of cinema and theatre, and considers some difficult questions. It leaves you to draw your own conclusions.

Done/Undone, with a run time of 76 minutes, is available for streaming online until Sept. 30. Tickets can be purchased at bardonthebeach.org or from the box office at 604-739-0559.