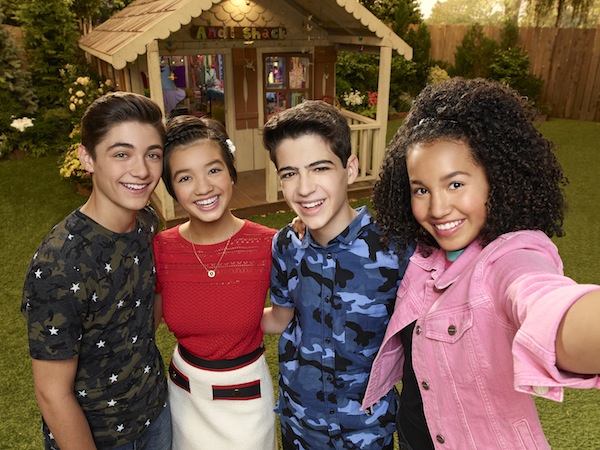 Owen Suskind is the subject of the documentary Life, Animated. (photo from A&E Indiefilms)

Children’s films – especially the animated variety – always make sure to highlight the moral of the story. But very few children embraced those lessons as deeply and thoughtfully as Owen Suskind.

Now in his mid-20s, Owen had a normal East Coast childhood until he suddenly stopped speaking when he was 3. His parents, Ron and Cornelia, tried every strategy and tactic to treat Owen’s autism, but he remained uncommunicative and seemingly unreachable.

Ron Suskind, the bestselling author of such nonfiction books as The Price of Loyalty: George W. Bush, the White House and the Education of Paul O’Neill, relates in the beautifully crafted and irresistibly touching documentary Life, Animated that he was stunned one day to hear Owen repeat a snippet of dialogue while watching a Disney animated movie.

It took a few years, however, to figure out that Owen was using the characters, behavioral cues and ethical directives of Disney films to make sense of and deal with his own experiences. Benefiting from the dedicated attention of his mother and various tutors, Owen regained the ability to speak, interact with other people and thrive.

Adapted from Suskind’s 2014 book, Life, Animated: A Story of Sidekicks, Heroes and Autism, the documentary will see four screenings at Vancity Theatre Aug. 5-11 (viff.org). It isn’t a stretch to predict that it will be a strong contender for the year-end shortlist for the Academy Award for documentary feature.

Unexpectedly, when Ron, Cornelia and Roger Ross Williams – the first African-American director to win an Oscar, for the documentary short Music by Prudence – sat down for an interview on a Sunday morning in early May, before they presented Life, Animated at the San Francisco International Film Festival, the conversation centred on Owen’s bar mitzvah.

“When he was about 11,” Cornelia recalled, “his therapist gave me a book, which no one’s ever heard of, called God and the Autism Connection. It talks about how so many, many of these kids operate on a different emotional plane.”

“He always had been spiritual,” Ron added. “In some ways, he preserved sort of a notion of God being there within reach that kids have but, even as he grew in sophistication, he didn’t give that up. He always had this way in which he was not encumbered by the usual doubts or hesitations that become the common currency of most people’s lives as they grow.”

Ron and Cornelia (who is Catholic and did not convert) belonged to a Reconstructionist synagogue in Bethesda, Md. Owen’s bar mitzvah tutor was Miriam Eisenstadt, whose mother was the first woman to be bat mitzvahed in the United States and whose grandfather was the founder of Reconstructionism, Mordecai Kaplan.

“The question was how would we get him up to the bimah and have him do what’s needed,” Ron said. “First, we had a problem where we didn’t know what movies to go to, because he really didn’t have much of a taste for The Prince of Egypt. It just didn’t work for him.”

At the same time, Owen embraced the part of his parashah that discussed the commandments a person should follow.

“He’s very rule-oriented,” Cornelia explained. “He’s better now but he used to be very black and white, and rules are very important.”

On the bimah, Owen honed in on one rule in particular: never put a block in front of a blind person.

“He talked about that in his speech, the notion of special, and he broadened it,” Ron said. “He had the designation of ‘he’s a special kid.’ He said, ‘But I think God wants us to see everyone as special.’”

Williams said Life, Animated included a poignant flashback scene from Owen’s bar mitzvah until it was removed from one of the last cuts. Indeed, the director goes so far back with the Suskinds that he arranged for the editing of Owen’s bar mitzvah video. Consequently, it’s ironic and moving to see that the most savvy film buff in Life, Animated is Owen, who discerns and delineates the positive themes of Disney films to other autistic children and young adults.

At the same time that it recounts Owen’s childhood journey, the documentary follows his current path to living independently in a residential community with support.

“You can almost feel his desire – I think it’s deep in all of us – to arrive at a place of faith, of constancy, of a sense of a universe that is coherent, and a place of love and possibility,” Ron said. “He was searching for that on his own. He was often using the best of Disney to help support that architecture, which actually is a pretty good pick, if you think about it.”