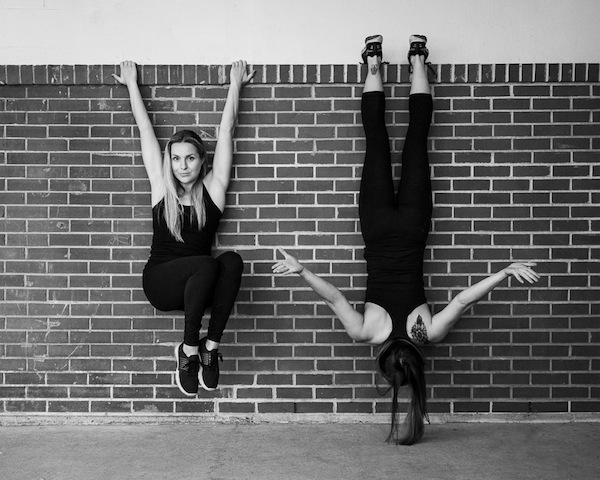 “Hanging Out” by Derry Lubell.

Derry Lubell’s photography captures the motion of dance, the ephemeral magic of the art form that generally only exists at the moment of performance. Unless, of course, it is recorded by a talented photographer.

Lubell’s solo exhibition The Body Speaks: Dance • Movement • Emotion opened on July 2 at the Zack Gallery. The official opening on July 8 was in person, as the long months of COVID restrictions started to ease. The gallery’s latest email to its patrons joyously states: “Appointments are no longer needed to see the show in person. Come on in!”

When you do go in, you’re surrounded by dance and dancers, their beautiful faces, and their astounding bodies. The gallery is a quiet place, but you can almost hear the music floating in the air, while the graceful ballerinas leap and pirouette around you. Most images are black and white or rendered in muted colours. “I think you can see the lines better in black and white,” said Lubell in an interview with the Independent. “The colour is often distracting, and I don’t want that. I don’t like fussy. I want clean shots.”

Lubell has been an artistic photographer for about five years. “Before that, I had a career as a psychotherapist. I had a family to raise,” she mused. “I always had a small camera with me, since I was young, to photograph my family or places I visited, but it was casual, like memory shots. After I retired, I started thinking: what else do I want to do? I always enjoyed talking to people, understanding their emotions. I wanted to do something similar but without the responsibility. Photography allows that. Using photography, I can still communicate with people, discern their emotions, reach their hearts, but on a visual level, without words.”

The former psychotherapist reinvented herself as a photographer, and it led her on a long road of self-exploration, especially because the technology had progressed so much. “I had to learn computers,” she said. “I work harder now than before I retired. Shooting. Editing my pictures. Studying. Taking classes. Looking at other photographers’ images to see what works and what doesn’t. I put up my pictures on my website and Instagram, so others can see me, too.”

The dancing series is her latest, and it came about almost by accident. “I always enjoyed working with people who are comfortable with their bodies,” she said. “Even as a psychotherapist, I paid attention not only to words but to body language. Many people speak with their bodies. Dancers are the best at that.”

Her admiration of dancers prompted her a few years ago to enrol in dance lessons. “It was incredible,” she remembered. “The instructor was wonderful. I asked her: could I take your photograph? She agreed. After that, I photographed her and some of her students, and some other dancers.”

Lubell prefers taking pictures in people’s natural milieu. Some of the photos in the exhibit she took during rehearsals in the dancers’ studio spaces around the city. For others, she arranged meetings with the dancers outside, in urban surroundings, parks or the beach.

“Each session is an hour or two hours long. Each one is a collaboration between a photographer and a dancer,” she explained. “Together, we choose a location. I would ask her to bring half of her dancing wardrobe, and we try different costumes to see what works for the camera. I often select the background, and then the dancer would start dancing, and I would walk around and take shots. I might suggest a position or a prop, like ‘play against that log’ or ‘turn this way,’ but they are the performers. They like to perform. It is up to me to capture the perfect moment.”

One of those moments resulted in a unique picture. Only the legs of the dancer are showing. One wears a point shoe, posing like a coquette on a staircase. The other is still wearing a stiletto. The photo, titled “The Dichotomy,” emphasizes the dual nature of the subject: a woman and a dancer.

“It was sold before the show started,” Lubell said. “I brought pictures to the gallery to hang on the walls. Everything was still on the floor, in boxes. I left the gallery for a few minutes. When I came back, Hope [Forstenzer, the gallery director] said: ‘You know, this one just sold.’ Before it was even displayed.”

Another interesting image, “Form in Flight,” is of a young dancer in street clothing jumping in front of a brick wall. Lubell took the photo in Chinatown. “It is one of the oldest walls in the city,” she said. “I walked around Chinatown with that dancer. She is a student, but she loves dancing. When I saw that wall bordering a parking lot, I asked her to dance against it.” The dancer’s flight in the image is airy and joyful.

Several pictures display more than one dancer. One of those photos, called “Hanging Out,” is imbued with humour: one dancer is hanging from a wall with her hands, while the other is hanging upside down by her feet. “They are best friends,” Lubell said. “They met years ago as gymnasts. One does stunts for the movies now – she is the one who is upside down. I asked them to dance against the wall, and they started playing together, having fun. That mutual pose was a surprise to me.”

Lubell considers her dancers as partners in her art. “They have the right of veto. It doesn’t happen often, but sometimes they would say: ‘Don’t use this picture, my leg is in the wrong position.’ And I won’t. I honour their requests. After all, they honour me by allowing me to shoot their photos.”

The Body Speaks is on display until Aug. 16. For more information, visit the photographer’s website, derrylubell.com. 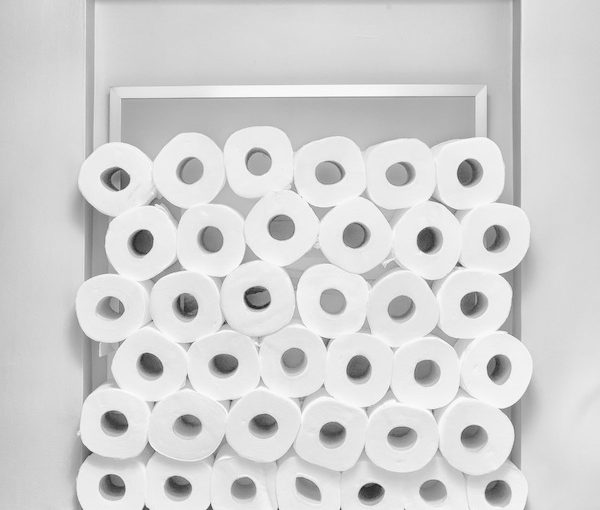 COVID-19 has upended all of our lives in multiple ways. More people work from home. Self-isolation has become customary. Masks are everywhere. The anxiety and fear of infection have spread as widely as the virus itself. To reflect these and other changes, the Sidney and Gertrude Zack Gallery invited Jewish community members – not professional artists but lay people – to share their experiences, thoughts and emotions in both visual and oral formats. The results can be found in the gallery’s current show, What We See: Stories & Moments from the COVID-19 Pandemic.

The exhibit, which opened Sept. 10, consists of 15 entries. Each entry, submitted by one person, includes a few photos depicting that person’s new reality and a short essay, in which the participant wrote what has touched them most profoundly. As the deadline for the submissions was early July, everything in the show is about the first few months of the pandemic, before we all got more used to it and the new rules of social interaction became the norm.

Participant Sandra Collet presents her impressions through a poem on the meaning of the current crisis: “… A time of loneliness / A time of LIFE … A time of sadness / A time of hope.” Its last line, “Together apart,” encapsulates one of the most significant changes wrought by the pandemic.

Bob Prosser has written about his “ordinary experiences” and contemplates the days ahead: “… my wife sewed masks, we’re growing herbs and vegetables, we have learned to bake bread.… I’m hopeful but pessimistic about the post-COVID future.” One of the most memorable photographs of the whole show is his: the stockpile of toilet paper in his house.

For Derry Lubell, the hardest aspect of social distancing is her inability to be with her family, to interact with her grandchildren. Her short essay is almost a lament. She writes, “… one afternoon, I went to their house and stood on the sidewalk. They all came out onto their front porch.… I took these shots of our separation.”

Micah Groberman encountered a different challenge. Before the pandemic, his business was focused on tourism and, like most every other business connected to tourism, it fizzled out due to the global travel and gathering bans. He writes, “… before COVID, I would walk my sons – Evan, 8, and Jonas, 5 – to school and then begin my workday, but suddenly, I became my boys’ teacher.” He admits that he is not too good at math, so he decided to teach his sons about what he knew, instead: photography and nature. His older son’s photographs of wild birds, taken under Groberman’s tutelage and included in the show, prove the father’s talent for teaching. The images are outstanding.

Paul Steinbok’s photos capture simple, everyday images. In his essay, he expresses sympathy and compassion for those who have suffered from COVID. His own feelings have become more acute, more attuned to the life surrounding him. “This year,” he writes, “I have observed more closely and photographed the ever-changing colours and textures of spring. In addition, I have photographed some situations that have resulted from the COVID restrictions, such as messages of hope, COVID-style birthday parties and exercise classes.”

Tybie Lipetz, the mother of a 4-year-old daughter, writes about the disappointments young children have faced, the school closures and birthday party cancellations. “Life was turned upside down for the kids,” she notes.

Despite the drawbacks and dangers of COVID, many entries emphasize the authors’ hope and joy. For example, Fran Goldberg, who belongs to the especially vulnerable age group of 70-plus, has found positivity from her family and her dog. She and her children stay in touch by phone daily. “Instead of talking about what I couldn’t do, we started to focus on what I could,” she writes. “For one thing, I could Zoom with my family.… I have a dog.… She is 13 years old and, on our walks, she still takes the time to ‘smell the roses.’ She and my family have taught me to slow down and appreciate the beauty I see around me.”

Kathy Bilinsky also recognizes the beauty around her, however unexpected, and has captured it with her camera. In her essay, she mentions walking around Granville Island, which she did countless times before the pandemic, and notes how, at the pandemic’s onset, everything looked different, abandoned: “… no vendors, no shoppers, no tourists. It felt surreal…. So many doors that we can’t enter, nor do we want to.”

In her photos of the closed doors of Granville Island, the familiar noisy streets are almost unrecognizable. Who had ever seen those doors in broad daylight without a crowd in front of them?

Another of Bilinsky’s photographs is a bouquet on the asphalt, a gift from her children on Mother’s Day: “… flowers received ‘socially distanced,’ awkwardly tossed on the parking lot floor.… We all just stood and stared at them.”

The 15 participants in this unique show offer stories and moments ranging from eerie to prosaic, from heartwarming to poignant, all contributing to this combined slice of memory of the first few months of the pandemic in Vancouver.

What We See: Stories & Moments from the COVID-19 Pandemic runs until Nov. 10. You can visit the Zack Gallery by appointment or view the show’s digital book at jccgv.com/art-and-culture/gallery.