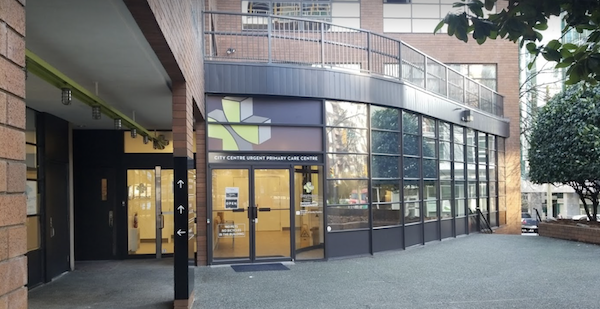 It was an ordinary Wednesday morning. Up at 5:15 a.m., walk the dog, eat a piece of toast with cream cheese and honey, and hop on my stationary bike for a five-kilometre jaunt before Laina, my physical trainer, arrives for our 75-minute session in my “Super Diva” home gym. At exactly 9:30, I was preparing my “Israeli” breakfast, which includes a hard-boiled egg, mashed avocado, tomatoes, salad and a quarter segment of a green pepper filled with hummus, when it happened….

A week earlier, I had decided that my battered (at least 50-year-old) set of knives had to go. I had a coupon from Bed Bath and Beyond, which gave me a discount of 20%. I got to the store early; being in the time of COVID-19, I wished to avoid crowds. I found a saleswoman, who opened the glass case and brought out a couple of knife sets in wooden or plastic blocks. I chose one, paid at the cash, and left. One of my acquaintances, I can’t remember who, later said to me, “Be careful, new knives are very sharp.”

Back to that morning. I grabbed one of the new knives, held the green pepper in my right hand and sliced down to divide it in two with my left hand (I am ambidextrous). The knife went right through the green pepper and into the fleshy tip of my middle finger. It happened in a flash. I took one look and knew that I was in trouble.

I do not know my own strength. This is not the first time that I have exerted too much force – in cleaning the inside of the oven door, I pressed too hard and broke the glass. The repairman asked me, “How did you do it?” He had never heard of a woman breaking the glass as I had. Once, I pressed down so hard on a plastic broom handle that the shaft split and went straight into my finger, another catastrophe.

But I digress. I looked at the wound, it was deep. This would require stitches (within four hours)! After raising four sons, nine grandchildren and many dogs, you learn a few things. I wrapped it tight. Then I called my family doctor, who owns the Una Medical Clinic, which is located one block from my house. The receptionist heard my story but said they were completely booked and I should go to a clinic on Homer Street I had never heard of. Frustrated and disappointed, I ate my breakfast then called the clinic back. I said all that was required was a 20-minute procedure to put in a couple of stitches and she relented. I had an appointment at 11:10 a.m. Yeah! By noon, after three painful shots to freeze the finger, I was stitched up and ready to resume my life.

On the wall of the Una Clinic was a poster advertising the City Centre Urgent Primary Care Centre. If you live in my neighbourhood, this is the place to go when you are unable to see your family physician or healthcare provider and do not need to go to the emergency department of a hospital. The City Centre clinic is at 1290 Hornby St., and they are open seven days a week, 365 days a year, Monday to Saturday from 8 a.m. to 10 p.m., and Sunday from 9 a.m. to 5 p.m. I took photos of this poster with my iPhone and, when I got home, I added the clinic to my contact list. Somehow, I know that I will be needing their services in the future! And so might you. The list of urgent and primary care centres in British Columbia can be found at healthlinkbc.ca/services-and-resources/upcc. When something happens, there is a place to go. The poster for the City Centre clinic says, “Patients will be seen according to urgency.” That is reassuring. Have a nice day and be careful with knives.