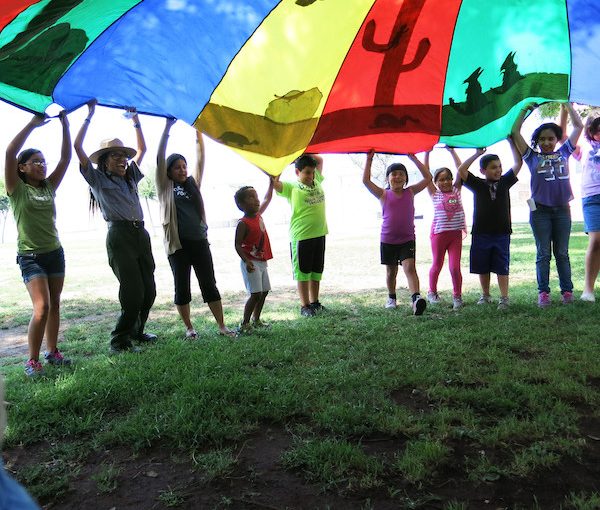 There’s a single destination that gets kids outside having fun, experts say, while teaching them lifelong skills. It’s called camp.

The benefits of camp are plenty, from life lessons beyond the classroom and the value of playtime to appreciating nature and building confidence and leadership skills.

Glover spearheaded the Canadian Summer Camp Research Project, a nationwide study on the effects of camp on kids. The results demonstrated that for “bubble-wrapped” youth who have been over-programmed and overprotected, camp provides a safe environment to freely learn, grow and develop their capabilities. Summer camp, according to the study, fosters emotional intelligence (or EQ), self-confidence, independence, healthy living, environmental awareness, learning, leadership and other skills that prove beneficial long into adulthood.

The core benefits of camp include building friendships and social skills; developing resiliency and confidence; becoming and staying physical; overcoming nature deficit disorder; learning the values of leadership; continuing education in the summer; and carving time for “active play.”

It may seem scary at first to enter a whole new social world at camp. However, camp offers a crash course on meeting new people – helping children build social skills, explore their independence and improve their self-esteem, said Stephen Fine, research chair for the Ontario Camps Association. “Teamwork, cooperation and negotiation are inherent to the camp experience,” Fine explained. “Kids’ confidence levels and their ability to be in social situations increase.”

At camp, children boost their self-esteem and develop risk-taking and conflict-resolution skills as they learn to make their own decisions without their parents’ help.

Camp provides children with a “blank slate,” allowing them to try on different behaviours and identities. And the relatively short duration of a camp session decreases the cost of making mistakes.

One of the Canadian Summer Camp Research Project’s most significant findings was in the area of emotional intelligence, often referred to as EQ (emotional quotient). With EQ, which involves recognizing, understanding and managing emotions, children learn how to work, play, relate, get along, empathize and connect with others.

“It’s not just about IQ in children,” Glover said. “Research supports how EQ is more important in terms of future success…. This is an essential component of the maturation process and a skill that camp is successfully developing.”

Saturated with 24-hour news highlighting crimes in their communities, many parents today are overprotective of their children, “bubble-wrapping” them in order to keep them safe and sheltered. While Glover said it’s safer now, statistically, than it was when he was a child, parents are not as willing to let their kids out of their sight.

At camp, children are encouraged to go outside their comfort zone through activities such as high ropes courses, dramatic and musical performances, or wilderness camping. By allowing children to take risks and face challenges, camp helps children build their independence, resiliency, and self-esteem in a safe, supervised and supportive environment, the study found.

Pearse said the camp experience can be divided into the hard skills – for example, learning how to paddle a canoe, tie a knot, identify an edible plant and play a team sport – and accompanying soft skills, such as perseverance, creativity, responsibility and courage.

“At camp, every child has an opportunity to succeed,” he said.

This translates into increased self-confidence and, in many cases, an improved school experience. “I’ve had parents come to me and say, ‘My child is doing so much better in math class this year because of the confidence boost he got from camp,’” Pearse said.

With video games, Facebook and smartphones all vying for a young person’s attention, the national epidemic of obesity and inactivity won’t be easy to overcome. One Statistics Canada study found that only seven percent of youth aged 6 to 19 got the recommended hour a day of exercise they need.

Enter summer camp, where physical activity is well disguised in the form of fun and games, allowing youth to adopt a healthy lifestyle, often without even realizing it.

“Our study found that campers’ attitudes toward physical activity really improved toward the end of the camping session,” Glover said. “When given a choice, these campers will now choose physical activity because they realize it makes them feel good and contributes to their well-being.”

Along with banning the use of electronics, many camps provide a daily routine that involves waking up early, getting lots of physical activity, eating regular meals and spending extended periods of time outdoors.

“At camp, you’re always on your feet, always on the move, even if you’re just walking to a meal,” Glover said. “So, it’s not about forcing kids to spend 20 minutes on a treadmill, but rather easing them into an active lifestyle that includes lots of walking, engaging in team sports and playing outside with other kids.”

A bond with nature is sorely missing in the lives of many children today unlike a generation ago, Richard Louv writes in his book Last Child in the Woods: Saving Our Children from Nature-Deficit Disorder. It’s a world where kids may be all too aware of environmental problems, yet rarely venture out to experience the natural world, he writes.

“Camps have their own pressures, but the healing quality of nature is always there, just beyond the screen door,” Louv said.

At camp, kids are given the opportunity to see what they’re missing, and form lifelong bonds and connections with the natural world they may have never experienced before. “Even camps in the city usually have an outdoor dimension to them,” said Glover.

“Children need nature for the healthy development of their senses and, therefore, for learning and creativity,” Louv added.

A leader isn’t always the loudest person in a group, or the most active. Many leaders share a range of skills and qualities that help him or her take charge: confidence, creativity in their decision-making and an understanding of teamwork, to name a few. It takes practise to become a good leader, too.

“You’re often having to rely on your teammates or cabinmates to complete an activity,” said MacDougall. “That builds in-group bonding and, in that process, what you hope the young person’s learning is either to have some voice within that group … or how to be persuasive.”

According to the Canadian Summer Camp Research Project, most campers demonstrated an increase in emotional intelligence and self-confidence, both characteristics attributed to good leaders.

As campers enter their teenage years, there are more opportunities to obtain explicit leadership skills. Most camps offer an LIT (leader-in-training) or CIT (counselor-in-training) program that walks young people through the skills they need to plan activities and programs, care for younger campers and communicate effectively.

Whether it’s by cleaning their cabins without being asked, helping younger campers find their way to the dining hall, or contributing their talents to a play or talent show, youth of all ages learn to take initiative at camp.

Learning how to take the lead essentially teaches youth how to be good citizens. “They learn that we all have a role to play to contribute to a better society, and nothing happens if you sit back and wait for someone else to act,” said Glover.

Camp is the kind of place where children can learn canoeing, archery, life skills such as teamwork, and apply the lessons they learned during the school year in many enjoyable activities. Geocaching lessons offered at some camps, for example, teach kids scientific and math skills.

“They’re getting instant and immediate feedback, so if they do something well, they’ll get feedback; if they’re sailing a sailboat and it’s going in the right direction, they’ll get feedback on that,” Potter said. “But if the boat turns upside down, that’s OK … it’s all part of it.”

Many children today simply don’t get enough of unstructured playtime. “If you look at time in school, time at home, time watching TV, those things have either stayed consistent or gone up,” said Michelle Brownrigg, chief executive of Active Healthy Kids Canada. “But active playtime has decreased.”

Canadian children are reportedly spending an average of four to six hours a day with TVs, computers and cellphones.

Camp gives children the playtime they need while encouraging creativity and social engagement. Play not only offers children the tools to entertain themselves, it also builds their imagination.

“Kids learn to set their own boundaries, to develop in an environment that’s not necessarily focused on a competitive end, to interact with one another, to determine how to win and lose, and to trade roles and be involved in an active way with their peers,” she said.

This article is a shortened version of the original, which is ourkids.net/camp/benefits-of-summer-camp.php.