Andrew Nagorski will talk at the Vancouver Holocaust Education Centre on Nov. 29, as part of the Cherie Smith JCC Jewish Book Festival. (photo by Andrew Rudakov)

The night before the legendary operation that captured Adolf Eichmann, Isser Harel, the head of Mossad, Israel’s intelligence agency, told the small cadre of men set to accomplish one of the most storied espionage missions ever: “For the first time in history, the Jews would judge their assassins.”

Harel articulated the historical momentousness of what was, in reality, a surprisingly mundane capture. Eichmann, one of the foremost masterminds of the Holocaust, had been living in Argentina under an assumed name but, apparently confident of his security, had sloppily left breadcrumbs that allowed professional and avocational Nazi hunters to track him down. Eichmann was also a creature of habit, descending from the bus each evening near his suburban home reliably around the same time. For an action with such monumental consequences, the capture was barely more dramatic than a typical mugging. 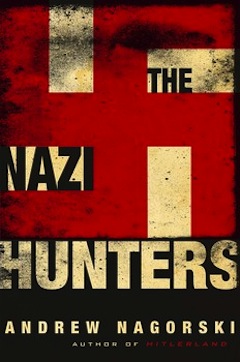 The story of Eichmann’s capture, extra-judicial extradition to Israel, trial and execution is retold in The Nazi Hunters, a book by author and former Newsweek journalist Andrew Nagroski, who will be in Vancouver this fall as part of the Cherie Smith JCC Jewish Book Festival.

Harel’s words to the agents who captured the SS leader apply not solely to the Nazi hunters’ greatest catch, but to the larger phenomenon of the quest to bring the perpetrators of the Shoah to justice. The concept of the Jewish people being in a position to judge those who perpetrate antisemitic terror is a uniquely post-Holocaust phenomenon, made possible because of the existence of the state of Israel and its judicial and intelligence mechanisms.

At the same time, hunting down Nazi war criminals was not a priority of the young state of Israel, as a senior Israeli official told Nagroski. Israel’s early governments had plenty on their plates coaxing a country from the desert and looking to the future without devoting resources to tracking down the Hamans of the recent past.

As a result, as Nagorski illustrates engagingly, pursuing the perpetrators fell to an assortment of figures, some official, others self-appointed, who made up a curious collection of personalities.

There were the government investigators and prosecutors, like Fritz Bauer, a German jurist whose attention to Nazi war crimes helped the German people confront and address their past. But others among the most famous Nazi hunters, including Simon Wiesenthal and Tuvia Friedman, were lone wolves (or, at least, started out that way before recruiting their teams) to do the job that governments did not.

The Nuremberg trials, Nagorski notes, were crucial not only for bringing Nazis to justice but in helping create the initial repository of eyewitness testimony and the first draft of what would become Holocaust history. Even so, after that major initiative, which captured the attention of the world and set the Holocaust apart as an event concurrent to but separate from the broader carnage of the Second World War, official interest in the subject waned.

Europe was rebuilding, Israel had plenty of challenges, the countries of the Soviet-dominated Eastern bloc were happy to distance themselves from the events of the Shoah by imagining their socialism as the diametrical ideological opposite of the fascism that had nearly erased Jewish civilization in Europe. Canada, the United States and other Allied countries began looking ahead to a cold peace and the economic prosperity of the 1950s, the sad past being something best left behind.

Thus, it fell to some self-appointed individuals to do the work. This book shares their often gripping, diverse and idiosyncratic stories.

A rise in Holocaust denial during the 1970s spurred a renewed attention to the facts of the Holocaust. A new urgency was driven both by the need to remind the world of the truth but also the reality that time was running out to bring the perpetrators to justice.