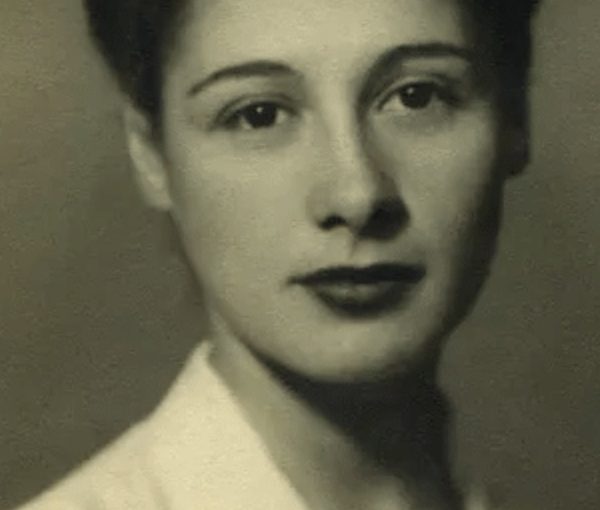 Antisemitism was increasing in Egypt in 1945. Among the 80,000 Jews forced to leave their homes was Gabrielle (Gaby) Hanoka. Her birth name may not be recognizable to most, but the fashion house she created – Chloé – unquestionably is.

The youngest of seven children, born in 1921 in Alexandria, Egypt, Hanoka derived her distinct combination of business and creative style from her parents. Her father was an affluent cigarette manufacturer and her mother’s passion for fashion resulted in demanding copies sewn of all the latest Parisian couture. Hanoka was given a French education and, with that, embraced an ample affection for everything French.

Fittingly, Hanoka, together with Raymond Aghion, her elementary school sweetheart and subsequent husband, moved to Paris, making it home, with their son Philippe, until her passing at 93 in 2014. Befriending the upper stratum of European artists, such as Picasso and French poet Paul Éluard, earned them popularity within the art scene. Coming from a prosperous family enabled Aghion the luxury of opening a modern art gallery. The couple evolved into avid art collectors over the years.

Living a comfortable lifestyle was not enough for Gabrielle Aghion. In 1952, she resolved to flourish. “I’ve got to work … it’s not enough to eat lunch,” she is said to have informed her husband. Fashion was her choice.

She named Chloé after a friend who believed she lacked allure. Turning an extra room in her apartment into an atelier, she created six dresses, which set her success in motion. The styles corresponded with her socialist and free-spirited values, embodying youth and femininity using the finest fabrics. She wanted her designs to be accessible to regular people, without compromising on quality, coining the term prêt-à-porter, ready-to-wear.

Wanting to focus strictly on design, she partnered with Jacques Lenoir, who steered Chloé into a label. From 1956, Chloé’s fashion collection was shown twice a year at the grand Café de Flor on the Boulevard Saint Germain. These events became a fashion highlight for Parisian women. Aghion not only demonstrated an eye for fashion, but she also had a great sense for talent. In 1966, she hired the aspiring Karl Lagerfeld, who remained head designer until the mid-1980s. (Lagerfeld passed away just last month, at age 85.)

Chloé became the choice of some of the world’s most fashionable and beautiful women – Brigitte Bardot, Grace Kelly and Jackie Kennedy, to name a few. The first flagship boutique opened in 1971, followed by hundreds more worldwide. In 1975, Chloé perfume was launched, and also became an ongoing success.

In 1985, Aghion sold her company to the Richemont group. She remained active throughout the years, never missing a fashion show. The spirited Aghion continued to express her opinions before each collection and head designers took her insights into consideration.

A year before her passing, Aghion was awarded the highest merit in France, the Legion of Honour, for her contribution to the country’s fashion industry. Recollecting her starting point, she said, “The world was opening up before my eyes and I believed I could do anything. I felt I had wings.”

Her flight continues to shape the next generations of fashion enthusiasts.