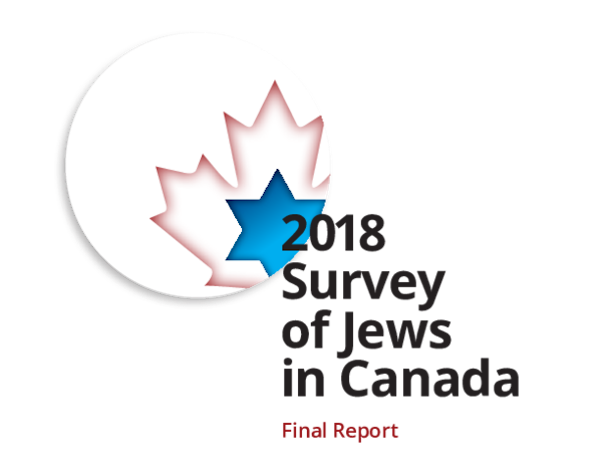 Given two recent murderous attacks on American synagogues, combined with terrorist missiles from Gaza landing throughout southern and central Israel, it is easy and understandable to be pessimistic. But a new study on Jews in Canada is jam-packed with reasons for optimism.

The report 2018 Survey of Jews in Canada was released recently. Produced by the Environics Institute for Survey Research, the University of Toronto and York University, the study was funded by Federation CJA and other Jewish communal organizations. To those who have followed these subjects closely, the data are not completely surprising but, brought together in a single document, it is quite a compendium of encouragement.

Inspired by a groundbreaking 2013 Pew Research Centre study on American Jewry, the report assesses a wide range of factors, including the importance of Jewishness in the lives of respondents, how they define that identity, membership in synagogues and Jewish organizations, financial support for Jewish causes, candlelighting and other religious observances, intermarriage, experiences with discrimination, connections to Israel, dedication to repairing the world, migration patterns and even federal political party support. 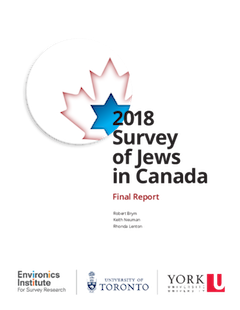 Perhaps because of its inspiration in the American example, the study routinely compares Canadian findings with the situation to the south. This is fair, given the useful contrasts it provides – and it is especially illuminating to see that many of the differences between the Jewish communities in the two countries paint a very positive picture of the Canadian situation.

Only half of American Jews have made a financial donation to a Jewish organization or cause, compared with 80% of Canadian Jews.

Canadian Jewish kids are twice as likely to attend a Jewish day school or yeshivah and a greater proportion of Canadian Jews have attended Sunday school, Hebrew school or an overnight Jewish summer camp. The number of Canadian Jews who are bar or bat mitzvah is higher than that of Americans – 60% versus 50%. Intermarriage rates in the United States are about 50%, compared with 23% in Canada.

Canadian Jews have a much stronger connection to Israel than American Jews, with twice the likelihood of having visited the country. Nevertheless, Canadians and Americans “are similarly divided in their opinions about the political situation in Israel,” according to the report.

Rudimentary Hebrew is common among the vast majority of Canadian Jews, with 75% saying they know the aleph-bet and 40% claiming to be able to have a conversation in the language. Among the groups with the greatest proficiency in Hebrew are those under 30 years of age. These numbers are significantly higher than those of our American cousins.

An astonishing 80% of Canadian Jews (or, at least, respondents to the survey) indicate an educational attainment of a bachelor’s degree or higher, compared with 29% of the general population. Similar findings two decades ago led to a major investment by Jewish communal bodies in youth-serving agencies like Hillel, which was seen as the last, best hope for reaching unaffiliated young Jews. As these numbers suggest, while many other aspects of Jewish identity may be discarded or de-emphasized, the commitment to education is among the most effectively transmitted values from generation to generation.

Among Canadian Jews, 47% belong to a Jewish communal organization other than a synagogue, compared with 18% for Jewish Americans. (In Winnipeg, this number is 57%, which helps explain why that comparatively small Jewish community is so impressively active.)

The report does not provide definitive explanations for the differences, though different factors are suggested to play a role in various scenarios. If we were to posit an overarching theory about the differences between American and Canadian Jews, it would go back to the 20th century’s very different experiences. The Canadian Jewish community was massively influenced by postwar immigration, including survivors of the Holocaust. These newcomers remade the Canadian Jewish community, to some extent, in their own image. The American Jewish community, in comparison, was already strong and had well-developed infrastructures before the

influx of survivors and other immigrants after 1945. As the report indicates, Canada also has a different approach to multiple identities, with multiculturalism being officially celebrated, whereas the American trend is to downplay difference and assume a unified Americanism.

Of course, there is no prize for being “better” Jews than our fellows from another country – even if it does satisfy our innate Canadian need to differentiate ourselves from Americans. Nonetheless, in a world with so many challenges, where is the harm in celebrating good news?

Jewish people worldwide are in a time of challenge and change. Many European Jews are questioning their futures there, and communities in Latin America, Africa and Asia are experiencing a range of external and internal challenges, including changing relationships with Israel and with the rest of the Diaspora. Some of the factors that account for the positive news in the recent report are distinctively Canadian and cannot be replicated. But the study deserves a closer look by all Diaspora Jewish communities to see if there are successes that could be replicated elsewhere. We sometimes like to flatter ourselves by declaring “the world needs more Canada.” So might the Jewish Diaspora.