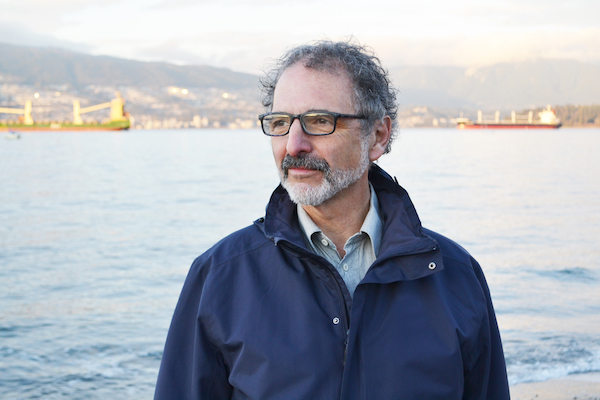 We can recycle everything possible, drive electric vehicles and take other steps to ameliorate our carbon footprints. At some point, though, says Dr. Larry Barzelai, we need to address our culture of consumption because we are simply using more resources than the planet can sustain.

Barzelai, chair of the B.C. branch of Canadian Association of Physicians for the Environment (CAPE), spoke to the Independent following a conference he chaired on climate issues. The third annual event, held entirely virtually, brought together doctors, nurses and other medical personnel to discuss climate and the environment from a specifically health-related perspective.

“It’s a physicians organization,” said Barzelai. “So people who tend to be most interested are doctors. But we’re always trying to expand it into other healthcare professionals.”

Interested people outside the profession are welcome to join, he said.

“It’s a general information conference to appeal to people that don’t know very much about environment or climate issues and people that are well-versed,” he explained. “We’re hoping there will be something in the conference for both those groups.”

Barzelai retired from his practice as a family physician in June of last year but still does work in seniors facilities including the Louis Brier Home and Hospital. He was pleased that, with the exception of Nunavut, the conference had representation from all provinces and territories.

The conference took place under the auspices of the continuing professional development department of the University of British Columbia and, while it is a national conference, most of the members of the steering committee are from the West Coast.

The October event was the third annual conference and Barzelai laughed about the fact that they had thought they were breaking new technological ground when they began planning for the first gathering. Believing that too many people spend too much time and resources flying, with deleterious impacts on the climate, they envisioned a virtual conference, or possibly a hybrid version with hubs in Vancouver and Toronto where locals could attend in person. By the time the inaugural event was nearing, the entire world had adopted virtual meetings (as well as religious services, seders and just about every other kind of interaction).

While Barzelai has thrown himself into the climate issue in recent years, he calls himself a “Johnny-come-lately” to the topic.

“I’m a late joiner,” he admitted. “A lot of the people in the organization have been doing this all their lives [and] are really dedicated people.”

Barzelai began reading and thinking more deeply about climate issues after encountering the American environmental author and activist Bill McKibben at a conference several years ago. He was particularly impacted by McKibben’s book Eaarth: Making a Life on a Tough New Planet.

Barzelai explained why McKibben spelled the book (and the planet) “Eaarth.”

“It’s changing and it’s changing rapidly and he says the expectations that seasons would be similar and that you would be able to predict rainfalls and temperatures on a fairly regular basis, with some exclusions, year after year – now that’s all gone out the window,” said Barzelai. “It’s a different world. That’s why he is calling it by a different name. He says, with a lot of work and a lot of luck, maybe we can create a new world that is somewhat akin to our old world, but it’s never going to be the same. We are going down a new direction here in a future that’s undefined and we’ve got to be careful and not let climate change get too far ahead of us.”

At the recent conference, Barzelai was struck by the message that, even as humans are taking these issues more seriously, we are still not getting to the core problem.

“Two of our speakers talked about consumption, that we can recycle as much as we want and drive as many battery-operated cars as we want but, at some point, we have to reduce consumption,” he said. “Even if we were as green as can be, we are still utilizing more resources than the earth can put out, so reducing consumption has to be a big part of this. It’s a tough topic because our whole society is based on consumption. But a lot of people think that we’re not going to get anywhere with climate change issues unless there is a general reduction of consumption in First World societies.”

Another issue to which Barzelai urged people to pay attention is corporate “greenwashing,” a topic addressed at the conference by Prof. Calvin Sanborn of the University of Victoria.

“That’s a big, big issue,” said Barzelai. “The fossil fuel companies are saying that they are greening and changing but, in reality, they’re just trying to find ways to keep doing what they’re doing and they don’t really want to change.”

Due to university copyright issues, recordings of the conference are not publicly available, but more information about CAPE is online at cape.ca.