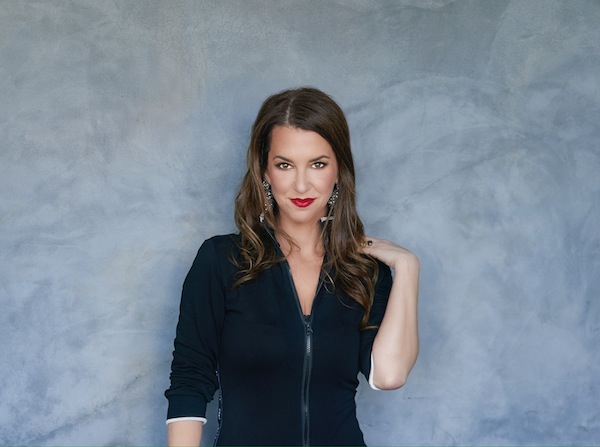 Esther Turan has produced an eclectic range of work. (photo from Moviebar Productions)

There is a Hungarian expression that translates roughly as “you are as many people as the number of languages that you speak.” This aptly describes the versatility of Budapest-born director and producer Esther Turan.

Turan, who spoke to the Independent from her home in Los Angeles, has melded eclectic cinematic styles into a considerable body of work. And she has done so within both a society and an industry frequently faulted for their limited opportunities for women. Among her credentials are director of documentaries about Budapest’s underground music scene; co-producer of an adaptation of G.K. Chesterton’s novel The Man Who Was Thursday; producer of In the Same Garden, a Bosnian film about Turkish-Armenian relations; and creator of commercials for dozens of internationally recognized companies.

Ever since the fall of the Iron Curtain, Budapest’s rich architecture and comparatively low production costs have made the city an attractive film location. Turan was barely out of her teens when, as a student at Hungary’s University of Drama and Film, her proficiency in English won her assignments as a casting director for several films shot in Budapest in the early 2000s, including Den of Lions, with Bob Hoskins.

In 2004, she became a founding member of Moviebar Productions, a full-service production company with offices in Budapest and – as of 2017 – Los Angeles. “I teamed up with a woman named Viktoria Tepper and we started producing television commercials,” explained Turan. “Soon our clientele grew, and we took on more projects for international companies.”

To date, Moviebar has produced 30 films and TV productions, in addition to more than 500 television commercials for brands such as BMW, Vogue and Nike.

“I have around 20 projects, in differing stages of development, underway at both the Budapest and Los Angeles offices,” Turan said. “One of my goals as a filmmaker is to tell stories that could inspire other women. My first TV series idea is about an exceptional woman who created a revolution and was a rebel herself. It’s also important for me to collaborate with other female filmmakers from all over the world and to share our visions. I would love to be involved in more projects, both with European and American female filmmakers.”

Currently, Turan is working on a miniseries about fashion designer Klara Rotschild, the “Coco Chanel of the East,” and contemplating a documentary about her grandfather, famed mathematician Paul Turan. His friendship and collaboration with eccentric mathematical icon Paul Erdos, known as “the oddball’s oddball,” would figure prominently in the film. Erdos was renowned for traveling from math conference to math conference around the globe, with a suitcase containing all his worldly goods.

Turan, too, has traveled to pursue her passions and her heritage. She studied at Hebrew University in Jerusalem, for example, to perfect her Hebrew. “Because of the fondness I had for it from earlier trips, I found myself missing Israel,” she recalled.

One of her latest projects is the anticipated The Reckoning, a horror film about a witch hunt set in 1665 New England that stars Charlotte Kirk (Vice), Joe Anderson (The Crazies) and Steven Waddington (The Imitation Game). Coincidentally, the movie is set against the backdrop of the Great Plague, and portrays the witch hunts conducted in its wake. Protagonist Grace Haverstock (Kirk) grapples with the tragic death of her husband, Joseph (Anderson), in a society consumed by fear and death. Later, in retaliation for having rejected the advances of her landlord, Squire Pendleton (Waddington), Grace is falsely accused of being a witch, and is imprisoned for a crime she didn’t commit.

In addition to The Reckoning, the third instalment of Turan’s documentary series Budapest Underground was just released. In it, in collaboration with co-director Anna Koltay, she explores Budapest’s musical subcultures in the late 1990s. This latest instalment focuses on electronic music. Accompanied by selected archival footage, it examines the genre’s emergence and growth, its key players, styles and sub-genres. The previous episodes delved into hardcore punk and hip-hop.

As Eastern Europe emerged in the late 1990s and early 2000s from several decades of communist rule, Budapest’s nascent underground music scene flourished, a blend of Western influences combined with a distinctively Magyar flavour. “I was into all this new music happening in Budapest at the time, especially rock and hip-hop,” said Turan. “It was really a great time.”

A fourth instalment in the series will be about underground rock and is currently in production.

For more information about Turan, her company and her career, visit movie-bar.net and her Facebook page, facebook.com/moviebar.productions.