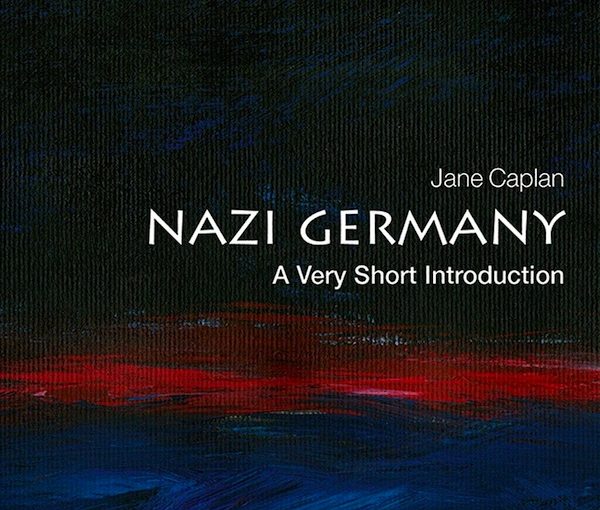 Oxford University Press launched the first of its “Very Short Introductions” in 1995. Since then, the series has reached more than 600 volumes, which have been translated into 45 languages. To write the most recent in this series, Nazi Germany: A Very Short Introduction (2019), OUP made the happy choice of venerated Oxford historian Dr. Jane Caplan.

In what seems like an almost insurmountable challenge, Caplan succeeds in describing the details of the “horrifying” main events of this historical catastrophe, and identifying its main criminals, without simplifying. And she writes with an “edge” that is missing in many history narratives: thus, she speaks of the “insolence” of the Nazis’ manipulation of language into “sickening euphemisms”; of the “fraudulent artifice” of Nazi political and social institutions; and of the “ultimate disgrace” Nazism proved to be, to the Germans and their country. 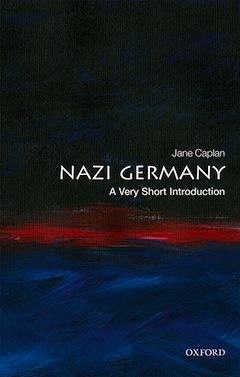 In describing how ordinary citizens lived through “the horror of Nazism,” Caplan offers many quotations from speeches, newspapers, memoirs, journals and diaries to demonstrate the reich’s totality of control over German culture and communications. This total control led to “a redefinition of automatic habits of thought and behaviour,” from clothes to be worn, to facial expressions to be shown, to the demands for “Hitlerschnitt” (forced sterilization), and even to the details of the “Hitlergrusse” (that is, “Heil Hitler”) and what happened to those who didn’t raise their arms in the prescribed way and time.

More than 20% of this compact volume is given over to details of the Holocaust, which Caplan describes with both insight and anger, although rightly insisting that a study of Nazism must not be “confined” to this “ultimate horror.” For there are other lessons to be learned from Nazi Germany, especially for citizens of the 21st century, with its alarming return to populist beliefs and behaviours. Nazism reminds us, she says, of the dangers of “the exploitation of popular fears and resentments, the retreat of confidence in public institutions, the structural power of economic and political elites, the weaponization of prejudice, and the eternal temptation to turn a blind eye.”

In brief, anyone who likes history served at the traditional historian’s arm’s-length would be well-advised to avoid this caustic, openly judgmental, short, but long-remembered volume.