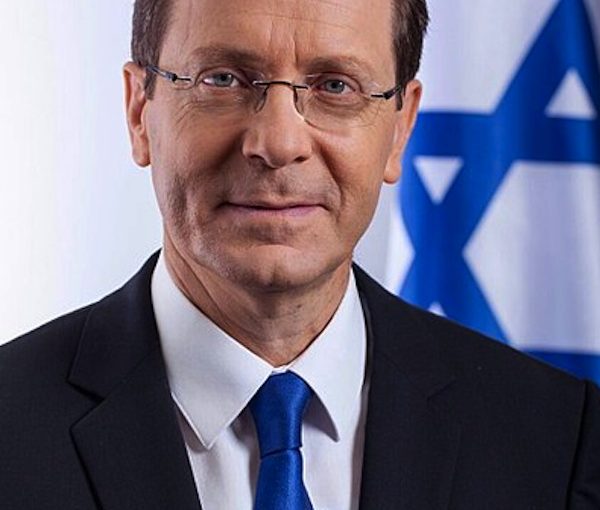 Isaac Herzog, chairman of the Jewish Agency for Israel. (photo from JFGV)

Isaac Herzog was elected chair of the Jewish Agency for Israel in August 2018. The past year has seen him hit the ground running in the unique role as head of the sprawling organization whose mission is to “inspire Jews throughout the world to connect with their people, heritage and land, and empower them to build a thriving Jewish future and a strong Israel.”

In Vancouver Sept. 9, Herzog will share some of his experiences in this new role. He joins three other speakers at FEDtalks, the opening event of the Jewish Federation of Greater Vancouver’s annual campaign.

“I’m looking very much forward toward my visit, especially in Vancouver, where I for a long time wanted to meet the community,” Herzog told the Independent in a telephone interview from Israel. “I hear wonderful [things] about the strong stance of Jewish purpose and Zionist feeling in this community.”

Founded in 1929, the Jewish Agency is, said Herzog, “a great Jewish story.”

“We are the biggest Jewish organization in the world. We founded the state of Israel. We brought millions of olim, immigrants, to Israel,” he said.

In this generation, the agency has focused heavily on issues of safety and well-being for Jews worldwide, as well as encouraging aliyah and advancing Jewish identity and continuity through education, youth exchange programs and partnerships between the Diaspora and Israel.

Part of his role, he said, is to impress on Israelis the reality of the diversity of the Jewish world. He tells political leaders and rabbis in Israel that they have a “huge lack of knowledge” about the Diaspora and its pluralistic nature and the commitment of Diaspora Jews to Jewish knowledge, writing and education. Similarly, he said, he wants Diaspora Jews to have a realistic view of Israel.

“I expect world Jewry to know that Israel is not what you read in the New York Times, for example, or in Ha’aretz. It is a much more elaborate, developed, interesting, multifaceted, multicultural and incredible place that needs to be nurtured,” he said. “All these challenges are something that I have focused heavily on as a major leader of the Jewish people.”

An important focus of the Jewish Agency’s work right now is with young Diaspora Jews who are disaffected or disengaged from Israel or Judaism, or both.

“That’s a major challenge, of course,” he said. “We are developing programs that will rekindle the Jewish identity within alienated millennials, such as the whole idea of tikkun olam, healing the world, whereby we have programs all over the world where we take young Jews to volunteer, also in non-Jewish communities, in inner cities and Third World countries, as a venue for those who don’t want to be involved directly with Jewish activities.”

Herzog took the helm at a critical juncture.

“We are now in a major change process in the Jewish Agency,” he said, an ongoing development that will see a shift in priorities, changes in the organizational structure, some different areas of focus and new programs.

He added that this is not a path the agency is taking by itself.

“We can’t do everything alone,” said Herzog. “We work with partners and partnerships for specific purposes. This is a very exciting process in the 90-year-old organization.”

He stressed that the Jewish Agency has got a great number of things right over its nearly a century of activity.

“This is another chapter in the life of this organization,” he said. “It’s an exciting new chapter because of the challenges of the era.”

In addition to challenges presented by the younger generation, Herzog cited the need for dialogue that involves all streams of Judaism and all kinds of practices.

“We believe in the right of every Jew to live as a Jew wherever they want to live and [to] practice whatever kind of Judaism they want to practice,” he said.

Prior to assuming the leadership of the Jewish Agency, Herzog was a leading political figure, having served in five Knessets, having held five cabinet roles, including ministry of Diaspora affairs and ministry of welfare, and, from 2013 to 2018, being leader of the opposition as chair of the Labour party.

“I’m going to be in Vancouver just about a week before the election, 10 days before the Israeli election,” he said, acknowledging that sitting this one out feels different. “I cannot say that the bug is not with me. I’m fully attentive to what’s going on in the Israeli elections. People consult with me, but I took upon myself a new historical role of serving my nation, my people, in a different way.”

His priority now, he said, is to ensure that the Israeli body politic realizes the importance of the Jewish Agency’s mission and that these priorities are priorities for the next government, whoever forms the government after Sept. 17.

Herzog’s lineage of history-making Jewish leaders is widely known – his grandfather, Rabbi Yitzhak Halevi Herzog, was chief rabbi of Ireland and then Ashkenazi chief rabbi of Israel; his father, Chaim Herzog, served two terms as president of Israel. But, in speaking with the Independent, Herzog stressed his Canadian bona fides.

His uncle, Yaakov Herzog, was ambassador to Canada in the 1960s. His cousin, Shira Herzog, who passed away five years ago, served as head of the Canada Israel Committee for a decade and was involved in a range of Jewish and non-Jewish philanthropic works across Canada. Herzog’s wife, Michal, who is joining him on this summer’s trip, graduated school in Canada.

The Vancouver stop is part of a cross-Canada tour, in which he will also visit Montreal, Toronto and Calgary. In each place, he said, he will visit schools and federations and meet with leaders and communities. The Jewish Agency, he said, supports Jewish organizations, youth movements and infrastructure, beyond the shlichim, emissaries, the agency facilitates in sending from Israel to Diaspora communities.