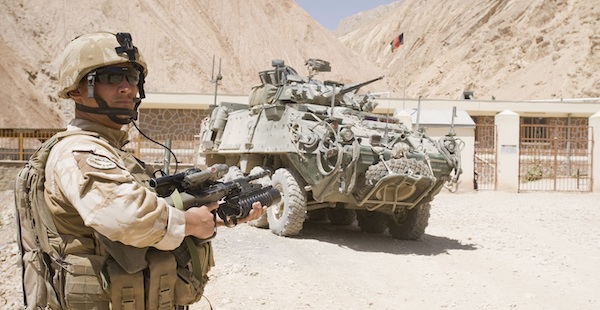 The interview was a moment of clarity and despondency. A cable news anchor asked an Afghan-Canadian activist what the West should do to save the Afghan people, especially women and girls, from the Taliban.

The hesitation by the interviewee probably conveyed the hopelessness so many feel in direct proportion to their geographic or familial proximity to the crisis. The most powerful, heavily resourced military the world has ever known left Afghanistan this month after almost 20 years. Instantaneously, it seems, all the work of nation-building, developing security capacity and attempting to instil the structures of civil society, evaporated. If that force, backed by other Western powers, including Canada until 2014, could not hold back the tide of the Taliban, what can ordinary Canadians possibly do?

Based on the lessons of history, and the comparatively recent invention of the concept of “responsibility to protect,” the world, by any measure, should be coming to the aid of the Afghan people. But U.S. President Joe Biden is also correct, declaring, “American troops cannot and should not be fighting in a war and dying in a war that Afghan forces are not willing to fight for themselves.” U.S. leaders faced an impossible choice, probably with no possible good outcome.

It is unquestionably inhumane for the world to leave the Afghan people to the whims of tyrants. But the American people, particularly military families, have understandably had enough of “endless wars.” Who will step up to fill that vacuum? The United Nations was created, in part, for precisely this sort of moment but it has been, in many ways, corrupted and deracinated from the humanitarian foundations on which it was created.

If there were an easy solution to this quagmire, you wouldn’t be reading it in the pages of a small Jewish newspaper on the Pacific fringe of the continent. We have little beyond hopes and prayers to offer the Afghan people.

The fall of Kabul almost certainly represents something enormous, although we may not understand yet the full implications.

The beginnings and ends of historical eras are not always visible to those who live through them. Our current era, which began almost exactly 20 years ago, on Sept. 11, 2001, in some respects, came to an end this month with the U.S. pullout from Afghanistan.

Many observers have compared the chaos at Kabul airport with the Saigon airlift in 1975, when America fled, as some put it, with its tail between its legs. Forty-five years later, America remains a force not to be trifled with. But neither is it the undisputed powerhouse it was since the Second World War. Whether it remains a recognized (and feared and respected) superpower – or whether the fall of Kabul is a bookend to the fall of Saigon in the longer fall of America – remains to be seen. Whatever eventuality, America is no doubt diminished.

This comes, not coincidentally, as central Asia and the Middle East roil with instability and the broader troubles of that part of the world will certainly present problems for Israel. But Israel has faced existential threats throughout its history and will most likely adapt to the new reality.

The events of recent weeks will have many consequences we cannot yet foresee. One thing is particularly notable, however. Hamas, who control Gaza, sent a message of congratulations to the Taliban for “defeating” the United States.

With thankfully few exceptions, no one believes the Taliban to be a force for any sort of good. When people who for decades have defended or apologized for Hamas violence against Israel are faced with the realization that Hamas and the Taliban are ideologically adjacent, will that alter the attitudes to the Israeli-Palestinian conflict?

We won’t be holding our breath.