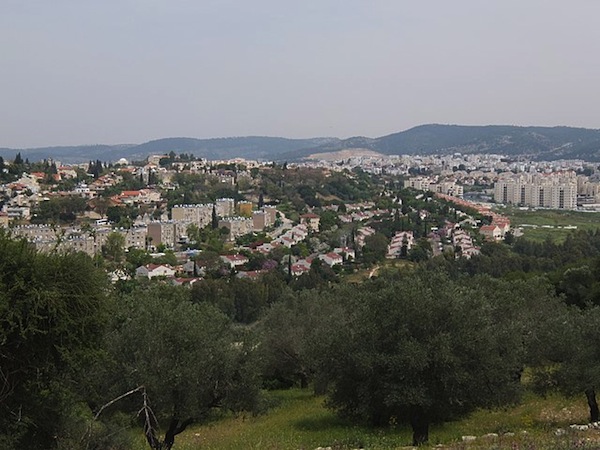 Beit Shemesh is centrally located, halfway between Jerusalem and Tel Aviv. Many Moroccan immigrants were settled here in tent camps in the 1950s, followed by many subsequent immigrants,

including from Ethiopia, the former Soviet Union, North America, South Africa and England. For the last decade, the city has been known as a hotbed of protests instigated by religious extremists – a symptom of an Israeli political culture moving toward greater religious segregation and intolerance.

Miraculously, though, the tides are turning, bringing with it hope and optimism. For the past decade, Moshe Abutbul, who is ultra-Orthodox, was the local mayor, and he marketed new homes to this community. Before the elections last November, popular opinion was that he would win again. His only challenger was Dr. Aliza Bloch. Though she was well-known and popular as an educator and community leader, Bloch is a woman and not ultra-Orthodox in a city that has been attracting more ultra-Orthodox residents while others have been slowly moving away.

But the miracle is that Beit Shemesh residents of all stripes and styles collectively understood that our beautiful city had deteriorated into one of the poorest in Israel. Everybody wants a nice, clean place to live and raise their families – whatever their religious observance. So, in what is probably a rare occurrence in the history of Israeli municipal politics, the residents of Beit Shemesh decided it was time for a change. They broke away from traditional voting patterns and voted for Bloch, who ran as an independent, under the banner of professionalism and transparency.

Bloch made no deals or promises as part of her campaign. She promised the people cleanliness, law and order, good education and the establishment of a youth department – 50% of the 122,000 residents are under the age of 18.

Bloch spent her first day in office getting to know every single employee on a personal basis. In her first month, she met weekly with the sanitation department, including personal tours of their routes to help improve morale and services to the entire city. She organized a municipal clean-up day for volunteers of all ages in every neighbourhood. She has already replaced many department heads, and the youth groups are finally getting facilities for their weekly meetings and programs, after 20 years of meeting outdoors on the streets, regardless of weather conditions.

Even more exciting are the “town hall” meetings with every neighbourhood that are open to the public, and her efforts to bring national ministers and other influencers to Beit Shemesh to help dig this fast-growing city out of its deficit and help it flourish.

The new administration works from early morning to late at night to improve the city services. But it’s the human factor that is most interesting. Bloch has a doctorate in education. She is literally educating an entire city to respect one another and cooperate for the greater good. And that is the true Israeli miracle of her first several months in office. A diverse and highly opinionated population is learning to live and work side-by-side with mutual respect and understanding. A city that was known for anger and intolerance is turning into a beacon of understanding and mutual respect.

Mimi Estrin Kamilar is a former Vancouverite who made aliyah and is a philanthropy consultant. She is a 25-year resident and community activist in Beit Shemesh. While she has known Dr. Aliza Bloch for a long time and became active in her campaign, she is not an employee of the mayor or the municipality.