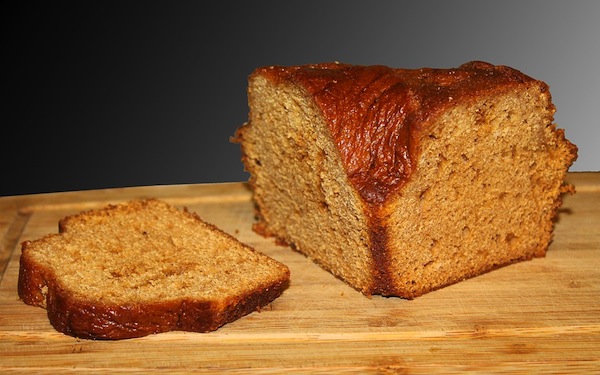 Although beekeeping as an occupation is not mentioned in the Bible, bees are mentioned four times, honeycombs are referred to eight times and honey is referred to 26 times. Archeologists actually have discovered proof that there was beekeeping and honey 3,000 years ago in a site in northern Israel.

Among Ashkenazim, sweet desserts for Rosh Hashanah are customary, particularly lekach, or honey cake, and teiglach, a hard, doughy, honey and nut cookie. Some say the origin of the sweets comes from a passage in the book of Hosea mentioning “love cakes of raisins.” There is also a passage in II Samuel, which talks about the multitude of Israel, “to everyone a cake of bread and a cake made in a pan and a sweet cake.”

It was Ezra, the fifth-century BCE religious leader who was commissioned by the Persian king to direct Jewish affairs in Judea, and Nehemiah, a political leader and cup bearer of the king in the fifth century BCE, who told the returning exiles to eat and drink sweet things.

In The Jewish Book of Food, Claudia Roden writes that honey cake was a favourite in Germany as far back as the Middle Ages, and that lebkuchen, honey gingerbread, was also mentioned as early as the 12th century.

According to John Cooper in Eat and Be Satisfied: A Social History of Jewish Food, references to honey cake were made in the 12th century by a French sage, Simcha of Vitry, author of the Machzor Vitry, and by German rabbi Eleazar Judah ben Kalonymos. Cooper writes that, on the new moon in the month of Nissan, boys at Jewish school were given honig lekach, honey cake: “Originally, the names of angels were inscribed on the honey cake and amulets were attached to them, but later this practice was discarded.” According to Cooper, the words lebkuchen and lekach probably came to be related to the German word for lick, lecke.

By the 16th century, lekach was known as a Rosh Hashanah sweet. It also became popular for other lifecycle celebrations, such as betrothals and weddings. Malvina W. Liebman writes in Jewish Cooking from Boston to Baghdad that Crypto-Jews in 16th-century Latin America ate honey cake at weddings, in memory of the honeycomb that an angel gave to Asenath when she married Joseph.

In The Complete International Jewish Cookbook, Evelyn Rose (z”l), a maven of Jewish cooking from England, wrote that the first cakes made with artificial raising agents were honey cake, and honey was the chosen sweetener because sugar was not widely available until the end of the 19th century. As an aside, she also recommends keeping a honey cake in a closed container for a week before serving it, so it will “mature.”

Among the Chassidim, it was customary for the rebbe to distribute lekach to his followers, and others would request a piece of honey cake from one another on Erev Yom Kippur. This transaction symbolized a substitute for any charity the person might choose to receive.

Gil Marks (z”l), in The World of Jewish Desserts, says fluuden, a layered yeast cake, was traditional for Rosh Hashanah among Franco-German Jews. Made with a cheese filling, it could be eaten after a meat meal, since they only waited one hour between meat and dairy. Strudel, from the German word for whirlpool, was also common for Rosh Hashanah among European Jews.

The most traditional cookie for Rosh Hashanah is teiglach, the dough pieces dropped into a hot honey syrup and simmered until brown then left to cool. It has been suggested that this Eastern European sweet was probably invented by some housewife who had dough left over and dropped the pieces into a boiling honey syrup.

Many Jews of Sephardi background make tishpishti for Rosh Hashanah. This cake with walnuts, almonds, hazelnuts or pecans, has a hot syrup poured over it. The syrup can be made with sugar, water and liqueur, according to Rabbi Robert Sternberg in The Sephardic Kitchen. Sternberg also points to rodanchas as a popular Sephardi Rosh Hashanah sweet. These spiral-shaped pastries of phyllo dough contain a pumpkin or squash filling because these vegetables and their shape symbolize the cycle of life and the ascent of the soul into heaven.

Here are some honey cakes to try this year.

TISHPISHTI
Jews who lived in Turkey after being expelled from Spain in 1492 adopted this dish, whose name means “quick and done.” Some say it was always served on Rosh Hashanah, but it was also popular for Passover because it has no flour.

MOM’S HONEY LOAF CAKE
I don’t recall my mom baking this, but it was in my collection of recipes as being hers.