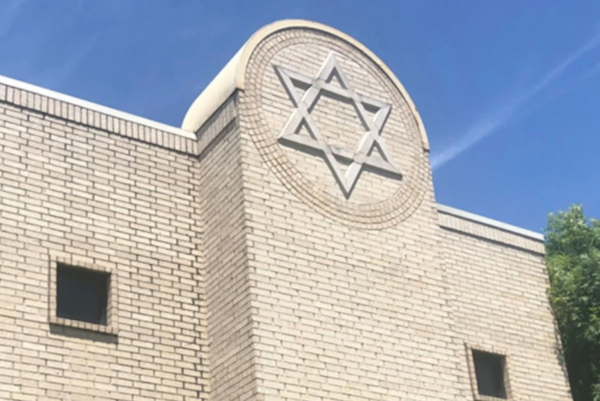 Another violent attack on a North American synagogue, this one in Texas, has undermined the feelings of security among Jewish people everywhere.

It is important to see the incident in perspective. Thankfully, the rabbi and three other hostages survived the 11-hour ordeal and the only physical casualty was the perpetrator himself. Second, although such incidents happen too frequently, it must be remembered that, in the context of the many Jewish institutions in North America, this remains a highly unusual phenomenon. Third, the community – Jewish and non-Jewish – locally and internationally condemned the attack and celebrated the escape of the hostages. This differs from situations we have seen in other times and places in which those in power – police, political leaders, the general public – were either complicit or indifferent. A service of healing two days after the incident brought a thousand people of many religious and demographic backgrounds together in response. Police, interfaith leaders and elected officials were united in their expressions of condolence and solidarity.

As Rabbi Charlie Cytron-Walker noted in a presentation with the Anti-Defamation League (click here for story), Jewish community organizations benefit from the (sadly necessary but well-developed) security protocols created and implemented in partnership with Jewish organizations and law enforcement officials. These precautions are familiar to anyone who has set foot in a Jewish institution in recent decades. The visible presence of security can be a reassurance but also is a reminder of the potential for such an attack for people entering a synagogue for services or a Jewish community centre for a workout or sending their children to a Jewish day school. However, another byproduct of this increase in security and comfort for some Jews is the discomfort and lack of safety these protocols elicit in racialized Jews and others who experience more harm from policing. The answer to the problem of a lack of security cannot only be addressed by ever-increasing security, be it walls, cameras, guards, or bollards.

It is perhaps one of the most enduring cognitive disconnects that, while almost any Jew has, at least in the back of their mind, the potential for attack, whenever such an incident does take place, a seemingly opposite reaction occurs among some non-Jewish observers.

In the Texas case, it was exemplified by Matthew DeSarno, the FBI agent in charge of the case, who, in the midst of the crisis, told media that the perpetrator “was singularly focused on one issue, and it was not specifically related to the Jewish community, but we are continuing to work to find motive.”

Even without knowing the details of the individual perpetrator or his motivations, the idea that an official would insist that an attack on a synagogue is unrelated to the Jewish community is jaw-dropping. Unfortunately, it is a common response.

The most celebrated example was after terrorists in Paris targeted a kosher supermarket in 2015, when then-U.S. president Barack Obama condemned those who “randomly shoot a bunch of folks in a deli in Paris.” If the Islamist terrorists who perpetrated the attacks on multiple Jewish targets that day didn’t know that Hypercacher was a kosher supermarket with a primarily Jewish clientele, it was an incredibly lucky coincidence for them.

To be kind, perhaps it is wishful thinking. Decent people might search for a rationale that alleviates the fear that the oldest prejudice is as alive today as ever. More realistically, there is a web of conscious and, probably more commonly, unconscious biases that blind people to the blatantly obvious.

As we learned more about the perpetrator, we discovered that he subscribed to a form of conspiracy thinking that sees Jews as having unparalleled power – in this case, the ability to induce the American government to release an imprisoned terrorist. Nevertheless, because the perpetrator was using Jews as an avenue meet his objectives, rather than being motivated solely by a desire to attack Jewish people, the FBI agent eliminated antisemitism as a motive – a truly confounding perspective from a law enforcement official standing outside a synagogue where Jews were being held hostage.

This reaction happens too frequently to be dismissed as a coincidence. There is something baked into the Western imagination that makes denial and deflection the default response to an attack on Jewish people.

One explanation may be that the very ideas that the Texas assailant held – that Jews are inordinately powerful – although rarely expressed so crudely, is actually held by a large swath of the general public, perhaps leading people to conclude that, no matter what befalls an individual Jew or two, “the Jews,” as a people, still hold all the cards or will be just fine.

Other obfuscations dismiss clear and unequivocal attacks on Jews as mere “political statements” on Middle East affairs. Interestingly, those who sometimes explicitly blame Israel or Israeli policies for overseas antisemitic incidents are playing into another familiar and ancient trope about Jews: whatever befalls them, they have brought upon themselves.

It is never bad advice for Jews to be vigilant about our individual and collective security and each violent attack is a timely reminder. But what we need to see are more non-Jews, especially those in positions of authority, addressing the blindness they have as individuals and institutions to what is, to Jewish eyes, absolutely obvious.