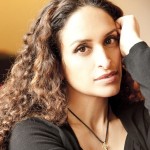 The Jewish Federation of Greater Vancouver has confirmed that it has invited Israeli singer Achinoam Nini (Noa) to perform at the Vancouver Jewish community’s Yom Ha’atzmaut celebrations on May 11 at the Chan Centre.

After initial controversy because of Nini’s political views, including a petition that has stalled at just over 430 signatures and the withdrawal of funding by JNF Canada, Pacific Region, support has grown.

The Jewish Independent was one of the first to publicly support Federation’s decision, telling the Canadian Jewish News in a Feb. 19 article that the controversy was “unmerited,” and following up in a JI editorial that was published online Feb. 22 and in the newspaper last Friday. (jewishindependent.ca/lets-talk-about-nini) Also on Feb. 22, a group of more than 30 Israeli Canadians sent a letter urging Federation to “stick” to its invitation.

On Feb. 23, Federation announced two new event sponsors: the embassy of Israel in Canada and the consulate general of Israel in Toronto, which is the official representative office of the government of Israel in Ontario and the Western provinces. “We were thrilled when both the embassy and the consulate approached us with offers to be official sponsors of our Yom Ha’atzmaut celebration,” said Stephen Gaerber, chair of the Federation board, in a statement. “As official representatives of the state of Israel, we see support from the embassy and the consulate as strong messages that there is room for diversity both within Israel and within our community. We are also very happy that the deputy consul general is once again planning to represent the state of Israel at our Yom Ha’atzmaut celebration.”

JNF Canada chief executive officer Josh Cooper and president Jerry Werger issued a statement on Feb. 25 clarifying JNF’s position: “We want to be absolutely clear that JNF Canada is not protesting, boycotting, delegitimizing or censoring this event. After hearing from so many of our donors, we simply are not comfortable using charitable funds to support this particular artist.

“JNF Canada is a non-political organization which believes in strengthening the state of Israel for all of her citizens. It remains our position that Yom Ha’atzmaut celebrations and other community events should be inclusive.”

Last week, Federation received letters of support that are cited here and can be found in their entirety at jewishvancouver.com.

In addition to saying, “in no way can we allow for differences of opinion to undermine those core values which unite us in our desire for a strong Jewish future with a strong Jewish democratic Israel at the centre,” Natan Sharansky of the Jewish Agency for Israel wrote, “As one who has often had the pleasure of enjoying Noa’s outstanding voice and spectacular talent, I applaud the Vancouver Federation and I know your Yom Ha’atzmaut celebrations will be wonderful.”

The director general of the Jewish Agency for Israel, Alan Hoffmann, also issued a supportive statement: “Canada and Israel share the same democratic values that allow for a wide range of opinions, including diverse expressions of Zionism. An inclusive dialogue about Israel is at the heart of JAFI’s efforts to build a thriving Jewish future and a strong Israel.”

Former CEO of the Jewish Federation of Greater Vancouver, Mark Gurvis, who is now executive vice-president of Jewish Federations of North America, wrote, “In today’s political environment, which is so highly polarized, it has become all too common to brand political opponents as enemies – disloyal, treasonous. It isn’t unique to Israel – we see it today in every Western democracy. It is a phenomenon that is ultimately a far greater threat to communal or national cohesiveness than the different ideas themselves.”

Gurvis spoke of the compromise that was necessary to arrive at the recent landmark decision in Israel to create an egalitarian prayer space at the Kotel. He concluded that there should be a place at the celebration of “Israel’s central place in our collective Jewish gestalt … for the broadest possible cross-section of people who love Israel. The only way we have a future together as a people is if we make our tent larger, and not smaller. It doesn’t mean we have to agree with one another. It just has to mean we recognize and accept each other’s place in our collective journey.”

Julia Berger Reitman and Linda Kislowicz of Jewish Federations of Canada-UIA also stressed the importance of pluralism and the need to “support the values of Israel and Canada where democracy and freedom of expression are promoted.” They pointed out, “Artists often play a unique social role. Not only do they entertain us, they also help us to confront issues and stretch beyond the usual sensibilities. They help us find new forms of expression through their art.”

From several local rabbis, Federation received letters of support, or was copied on letters that thanked Israel’s representatives for Israel’s support and/or discussed the importance of a large tent and a multiplicity of opinions in Judaism. Writers included Rabbi Dan Moskovitz of Temple Sholom, Rabbi Andrew Rosenblatt of Congregation Schara Tzedeck and Rabbi Philip Bregman of Hillel BC. Beth Israel Rabbi Jonathan Infeld wrote a letter thanking Israeli Ambassador to Canada Rafael Barak and made a short video for his congregation, which can be viewed on the home page of jewishindependent.ca.

Members of the Rabbinical Association of Vancouver – Moskovitz, Infeld, Rosenblatt, Bregman, Beth Tikvah Rabbi Howard Siegel, Har El Rabbi Shmuel Birnham and Or Shalom Rabbi Hannah Dresner – expressed their “appreciation to all of those that have come out in support of our community’s Yom Ha’atzmaut concert and celebration…. Our community, like others, has a spectrum of opinion about Israel, its policies and politics. We are grateful that the spirit of democracy, which is one of Israel’s trademarks in the Middle East, has been championed in Vancouver by Israel’s diplomats.”

The RAV letter concluded with the hope that members of the community would include the May 11 concert “among their observances of Yom Ha’atzmaut.”