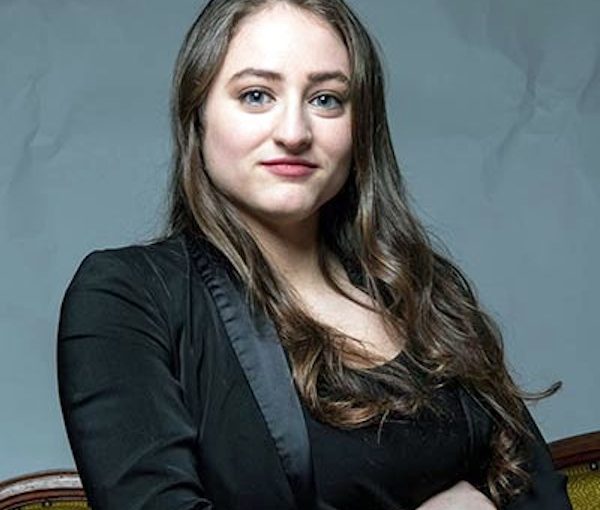 In 2015, the B.C. Civil Liberties Association and the John Howard Society launched a legal challenge to the federal government’s laws that allow administrative segregation – a form of solitary confinement – in prisons, calling it a cruel and inhumane punishment that can lead isolated prisoners to harm and even kill themselves. They won their case in the B.C. Supreme Court in January 2018, a decision that was appealed by the government the next month. Last week, the B.C. Court of Appeal affirmed the unconstitutionality of provisions that allow indefinite and prolonged solitary confinement of prisoners.

In the January 2018 decision, the B.C. Supreme Court gave the federal government 12 months to pass new laws. In January 2019, the court gave the government an extension to April, but said certain stipulations had to come into effect immediately. Correctional Service Canada was ordered to take several steps, including giving prisoners in segregation more time outside, requiring daily visits from healthcare professionals, allowing inmates legal counsel in hearings related to solitary confinement, and changing the authorization system regarding the placement of an inmate in segregation for more than 15 days.

The federal government was given another extension after the April deadline, to the end of June. Then, on June 24, the B.C. Court of Appeal came out with its decision on the matter – rejecting the government’s appeal.

“This particular case is very interesting, as there are no actual individual complainants,” said Jewish community member Hanna Garson, a lawyer based in Halifax whose focus is ensuring that everyone is treated fairly by the justice system. “So, the court [was] being asked to decide whether or not the written laws themselves breach provisions of the Charter of Rights and Freedoms in Canada.”

According to Garson, sections of the Charter are indeed being breached when it comes to administrative segregation, especially as it comes with no time limit. “People are being put into segregation not knowing when, if ever, they’re going to get out,” she told the Independent. “That really plays on the mind.”

Noting that many people have mental illness or struggle with mental health before they are incarcerated, which “may have led to their negative interaction with the law,” she said, “That population, in particular, is very damaged by periods of segregation.”

The appeal court’s reasons for judgment, written by Justice Gregory Fitch, stated that the Corrections and Conditional Release Act violated Section 7 of the Charter, which protects an individual’s right to life, liberty and security of the person. The court “found that the harm caused by prolonged confinement in administrative segregation undermines the maintenance of institutional security, as well as the ultimate goal of achieving public protection by fostering the rehabilitation of offenders and their successful reintegration into the community.” It also “found that prolonged confinement in administrative segregation is not necessary to achieve the safety or security objectives that trigger its use.”

The judgment noted “that administrative segregation has a small, but significant, disproportionate effect on indigenous men and an even more significant effect on indigenous women” and that the “impugned laws” violated Section 15 of the Charter “to the extent that they authorize and effect a procedure that results in discrimination against aboriginal inmates.”

Section 15 states that, “Every individual is equal before and under the law and has the right to the equal protection and equal benefit of the law without discrimination and, in particular, without discrimination based on race, national or ethnic origin, colour, religion, sex, age or mental or physical disability.”

Another issue, said Garson – who, in addition to being part of the firm Planetta Hughes LLP, is chair of the East Coast Prison Justice Society and is on the board of the Elizabeth Fry Society Mainland Nova Scotia – is that, while prisoners being placed in segregation have access to review boards, administrative segregation review boards consist of the same prison administration that placed them there. “So, it’s not an independent review and so, basically, the people who initially made the decision then question their own decision, which doesn’t necessarily secure a fair assessment of whether or not a person really needs to be segregated,” she said.

While legal counsel is permitted at these reviews, it is not provided in many provinces and few prisoners can afford representation or are not in a mental state of being able to request it, she said. “If you’re running a facility with hundreds of people who may be violent, I can understand a time-out for a moment to see what else needs to be done,” said Garson. “But, there needs to be a time limit and other solutions.

“Long-term, serious mental health treatments take far more expensive staff and thorough training. Are these better solutions though? Without a doubt, yes. Unfortunately, a lot of the constraints are budgetary and this is something that, oftentimes, courts are hesitant to rule on. But, for example, the court did say that, as it says in Section 15 [of the Charter], everyone has a right to be equal before the law and receive equal treatment of the law. So, the court does an assessment of whether or not people are being discriminated against by these laws.”

After hearing testimony and expert opinions, Garson said, “the court decided that both aboriginal people and people suffering from mental illness are segregated far more often … and that the impact on them is far more negative. But, it went further, ordering incarceration facilities to put in place better solutions – better programming that does not involve segregation.

“Usually, the court is hesitant to make decisions that would force the government to put more funding into something. But, it did in this decision, which is, in my opinion, really wonderful and a great precedent. This case is really groundbreaking and, to a certain extent, it was a wonderful thing that it was appealed.”

The B.C. Supreme Court said, “basically, we had to come up with new laws. But then, they suspended it for a year, as the government needs time to pass new bills and stuff like that. In the meantime, the attorney general appealed, because they don’t think it’s fair,” she said.

The Constitution of Canada, which includes the Canadian Charter of Rights and Freedoms, is the supreme law in Canada, she explained. Section 52 (1) of the Constitution Act 1982 mandates that any law inconsistent with the provisions of the Constitution is, to the extent of the inconsistency, of no force or effect. The decision by the appeals court will become a binding precedent in all provinces, not only in British Columbia.

Garson emphasized that she is especially happy with the decision because it is one that has really considered the damage segregation does on the mental health of those being isolated and notes that, “if we really care about rehabilitation, then [segregation] makes no sense as a strategy, especially for those with mental illness.”

Because the court looked at the experiences of those who have been segregated and the decision will affect them, the system and society as a whole in the long-term, Garson said, “It’s more like a living document in that way, and it’s a very exciting case for this reason.”

As for where Jewish law falls on this matter, the organization T’ruah has been leading a campaign to abolish solitary confinement in the United States. In a 2014 report on the compliance of the United States with the United Nations Convention Against Torture, T’ruah notes, “The very first two chapters of our Torah teach us that every human being is created in the image of God, and that no human being should be alone. The practice of solitary confinement violates these principles and diminishes the divine image. It also violates one of the Torah’s central moral teachings, expressed in Leviticus 19:18, that one should ‘Love your neighbour as yourself.’ The rabbis explain that this is taught, so that no one can justify degrading treatment of a member of their community…. If you do thus, know that the person you have dishonoured was created in the image of God.”

The report argues that “Jewish tradition understands instinctively that humans are social creatures. In a story about a character who outlives his family, friends and study partners, the Talmud teaches, ‘Either companionship or death.’ Life alone is unbearable. Jewish law warns against excessive punishment, ‘lest your brother be degraded before your eyes.’ (Deuteronomy 25:3) Even a person who has committed a horrific crime must be regarded as a member of one’s own family and, therefore, deserving of dignity.”

T’ruah contends that Jewish criminal law seeks to inspire teshuvah (repentance) and that there are several principles that should hold in prisons:

“1. No matter his or her crime, the prisoner should be seen as our ‘brother or sister’ and treated with dignity.

“2. No human being should be alone for extended periods of time. Isolation diminishes the human being and can even be deadly.

“3. Prisons should seek to rehabilitate the prisoner and not simply to degrade him or her.