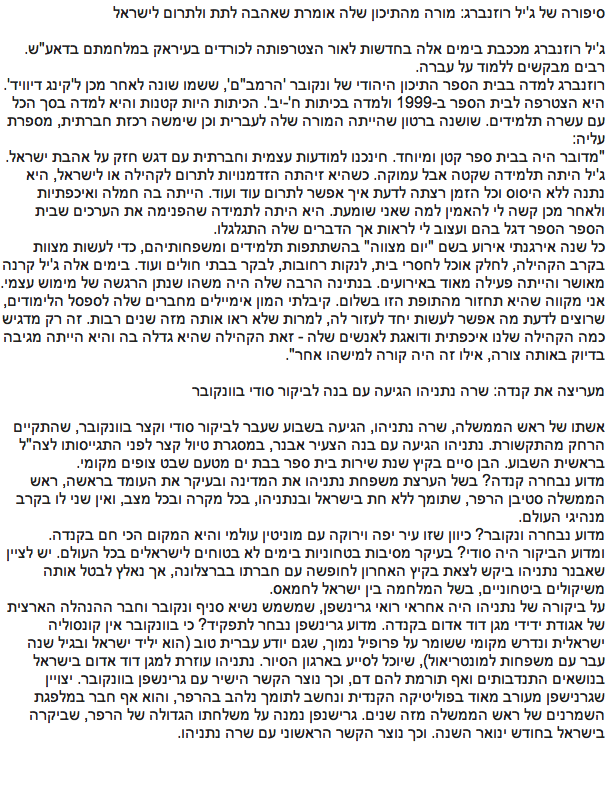 Israeli First Lady Sarah Netanyahu was in Vancouver recently for a private visit. As a means of recognizing both Vancouver’s all-volunteer efforts in support of Magen David Adom and the outstanding work of MDA itself in Israel, which also relies heavily on volunteers, Netanyahu expressed great pleasure at the opportunity to pose for a photo honoring the organization. MDA has been ranked by residents of Israel as the second most-beloved organization, with an approval rating of 86.8 percent, following the Israel Defence Forces, which scored a rating of 90 percent (see t-r-i.co.il/news/ni_131.pdf).

In a brief meeting with Netanyahu, there was discussion of her tour of MDA facilities and the time she spent with volunteers in Israel during Operation Protective Edge, including youth from the Greater Vancouver area who are serving with MDA in Israel as volunteer medics and were active during the operation. These volunteers include Bar Frenklach, Benjamin Mamon, Camille St-Cyr and Gal Ziv.

Netanyahu also learned of the ambulance recently inscribed with a dedication to Canadian Prime Minister Stephen Harper, whereupon she praised Canada as being a country with a very special place in her heart.