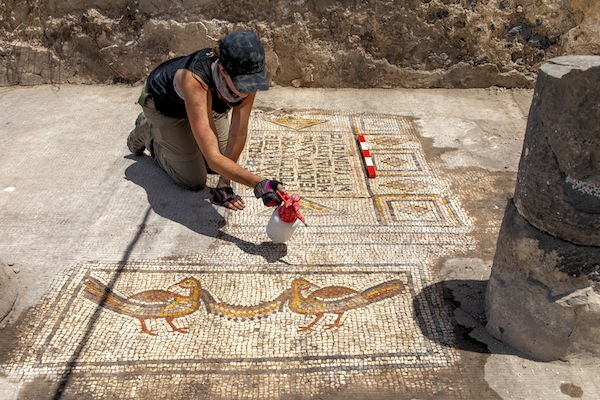 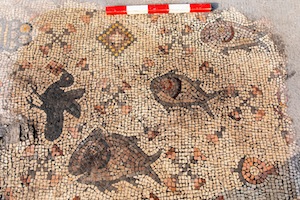 Nearly every year around the time of the Jewish holiday of Passover and the Christian holiday of Easter, theologians and historians start to ask the same question. Was Jesus’ Last Supper a Passover seder?

“It is all very mysterious,” said Rabbi Raymond Apple, rabbi emeritus of the Great Synagogue in Sydney, Australia.

Let’s start with the facts. There are four accounts in the New Testament that refer to the Last Supper with reference to the Passover holiday. They are Mark 14:12-31, Matthew 26:17-30, Luke 22:1-19 and John 13:1-30. But Mark, Matthew and Luke are synoptic Gospels, which means they are closely related and best studied together, making the three Gospels – according to Jonathan Klawans, a professor in Boston University’s department of religion – “one testimony, which was then copied twice.”

“Mark … fashioned and inserted a single ‘Passover’ paragraph (14:12-16) … between what we identify as 14:11-17,” explained author Michael J. Cook, a professor of Judeo-Christian studies at Hebrew Union College-Jewish Institute of Religion. “So, the entire problem resides with Mark’s text.”

According to Mark’s text, Jesus prepared for the Last Supper on “the first day of Unleavened Bread, when they sacrificed the Passover lamb.”

We know that the Passover lamb was sacrificed on the 14th day of the Hebrew month of Nissan, and consumed by Jewish families either on that night or the onset of the 15th day of Nissan.

Klawans notes that there are those who can cite no fewer than 14 parallels between the account described in Mark and the modern-day Passover seder. These include the bread and wine, the hymn or blessings that were recited and the reclining diners. Jews at their seders discuss the symbolism of the Passover meal; Jesus at his Last Supper discussed the symbolism of the wine (“This is the blood of my covenant”) and the bread (“Take, eat; this is my body”).

Nonetheless, scholars Klawans, Apple and Cook all do not believe that Jesus’ Last Supper was a Passover seder, for several reasons.

For starters, the parallels that can be drawn seem to be those that are general, rather than decisive. It would not be uncanny for Jesus to eat a meal with his disciples in Jerusalem. During that meal, they would have reclined, broken bread, drank wine and possibly even sang a hymn.

Some key Passover elements are missing from the Last Supper: the Passover lamb, references to matzah (unleavened bread), the bitter herbs, charoset, the four cups of wine, the recitation of the Four Questions and the narrative retelling of the Passover story.

Moreover, the parallels drawn between the Last Supper and the Passover seder ritual we celebrate today assume that the seder as we know it was celebrated in Jesus’ day. But this is not the case. Nearly all scholars agree that the modern Passover Haggadah and the rabbinic accounts of Passover traditions all emanate from after the destruction of the first Jewish Temple in the year 70 CE. The Gospels date Jesus’ ministry from around 26 CE to early 37 CE, with Jesus’ death coming between 30 and 33 CE.

“At that time, the core element of the Passover observance had been Jerusalem’s sacrificial cult, from 621 BCE up until 70 CE,” said Cook. “Jewish families brought lambs for sacrifice on the Temple altar as biblically prescribed.… For the ceremony, the kohanim (Jewish priests) conducted the sacrificial rite. Then families retrieved and consumed their meat as part of their Passover meal, which also included unleavened bread and bitter herbs. The Passover meals Jesus experienced in his lifetime would have had to be along these Temple-centred lines.”

Klawans said many people assume that Jesus ate matzah at his Last Supper because Catholics eat wafers as their Eucharist bread. The custom of using wafers, however, does not date back as far as one might think, but rather only to medieval times. The oldest customs in Orthodox Christian churches involve bread, and the New Testament describes bread, not unleavened bread.

“There is no reason to think the bread was matzah unless that was specified,” Klawans said.

Additionally, Klawans said it is impractical for Jesus’ crucifixion to have taken place on Passover, as the Sanhedrin (Jewish High Court of 70 elders) would not have worked on the yom tov, which was already one of the Israelites’ most important pilgrimage festivals.