Green Chair Recycling, founded by Liliana Segal, was recognized in 2017 as a business leader in British Columbia and the north by Canada’s Volunteer Awards. The awards, given by the Government of Canada, were presented in a ceremony held in Ottawa on Dec. 5, International Volunteer Day, to individuals and businesses across the country who contribute to and strengthen their communities.

The awards booklet noted, “Vancouver-based Green Chair Recycling is helping to keep waste of out landfills one event at a time. They work with their clients to create zero waste events, where 95% of event waste is recycled. They work with over 3,000 volunteers who are green ambassadors to track waste at their events, provide education outreach and give free presentations to any interested group. Their volunteers also run free educational field trips to landfill and recycling facilities to show students the reality of landfills and to learn how recycling happens in their communities.”

The Centre for Addiction and Mental Health (CAMH) is Canada’s largest mental health and addiction teaching hospital, as well as one of the world’s leading research centres in its field. CAMH Difference Makers – 150 Leading Canadians for Mental Health was a national movement that started in 2017. Its purpose is to encourage people to speak freely about mental illness because CAMH sees how these conversations help break down the stigma that prevents people from getting the care they need.

In April of last year, guided by a national committee of leading experts and advocates, CAMH launched a cross-Canada call for nominations of people influencing change in the area of mental health and giving us new reasons for hope. It invited Canadians to nominate a person with lived experience, a caregiver or family member, a health professional, a researcher, an advocate, a philanthropist – anyone making a difference in small or big ways; in local or international circles; in public or private lives. Nominations were open until July 1, and more than 3,700 names put forward.

Among the 150 selected as Leading Canadians for Mental Health were members of the B.C. Jewish community. In alphabetical order, they were David Granirer, Dr. Gabor Maté and Lorne Segal.

It’s hard to laugh when it seems the entire world is crumbling around you. That is what makes Granirer’s approach to dealing with depression so noteworthy. When he experienced depression as a teenager, Granirer saw his condition as something shameful. Today, he realizes shame is as bad as the illness itself.

As a staff member at the Vancouver Crisis Centre, Granirer began to use humour at work to help trainees get through stressful days. This led to a growing passion for stand-up comedy and to eventually founding Stand Up for Mental Health. The program teaches stand-up comedy to people living with mental illness to help them build confidence and break down stigma. Through Stand Up’s 500 shows so far – performed to mental health organizations, government, corporations, the military, schools and correctional facilities – Granirer has helped thousands see mental health in a different light. Through his unique program, Granirer helps people understand not only do we need to shed shame, but that a smile, a laugh and happiness can exist alongside the challenges of mental illness.

When Maté retired from medicine, he turned from using his insights on addiction, early childhood development and trauma to support society’s most marginalized, to inviting growing audiences in Canada and around the world into new dialogues on compassion. He is internationally known for his work on the mind/body unity in health and illness, on attention deficit disorder and other childhood developmental issues, and his breakthrough analysis of addiction as a psychophysiological response to childhood trauma and emotional loss. He is the author of four best-selling books published in 20 languages on five continents, including When the Body Says No: Exploring the Stress-Disease Connection and the award-winning In the Realm of Hungry Ghosts: Close Encounters With Addiction. His TED talks, YouTube videos and international speeches have helped focus attention on the mental health and trauma issues that underlie addiction. Maté shows humility and compassion, giving a sense of hope that, in a world where many people are shut down, defensive and fearful, there is a guiding light ahead and a new world of possibility.

Segal, a business leader and philanthropist, has been involved with Coast Mental Health’s Courage to Come Back Awards since their inception in 1998. At that time, the stigma surrounding mental illness was even more of a barrier to public engagement than it is today. During his almost two decades with the awards, including serving as chair for the past 12 years, he has helped transform the event into one of British Columbia’s premier mental health campaigns. Under Segal’s tenure, the number of guests has tripled to 1,500, with the awards also reaching more than a million people through television, print and other media. Segal has been instrumental in inspiring more than $15 million in support for mental health programs such as housing, employment and other support services to more than 4,000 people annually living with mental illness. His decision to start supporting the event at a time when mental health wasn’t popular was quite simple. He saw an issue that affected many and wanted to do something about it. Not only has he been successful in this, he has helped spread greater awareness and support for mental health in British Columbia. 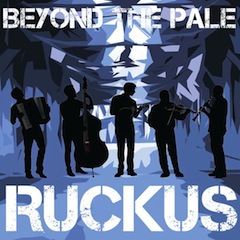 Toronto-based band Beyond the Pale’s latest CD, Ruckus, reviewed in the Jewish Independent Sept. 15, 2017, was nominated for two Canadian Folk Music Awards last year, for World Music Group of the Year and Instrumental Group of the Year. While the band didn’t win a 2017 award, it has been nominated now for eight CFMA honours, and won four.

“Six of the 12 songs on Ruckus are originals, while the others are arrangements of traditional melodies,” noted the JI’s review (jewishindependent.ca/the-complexities-of-ruckus). “All of the musicians either composed an original piece or participated in the arranging. They are a tight ensemble who play around with tempo and style with such ease that the complexity of what they’ve created isn’t what you’ll first notice. And that’s what makes their music so good.”