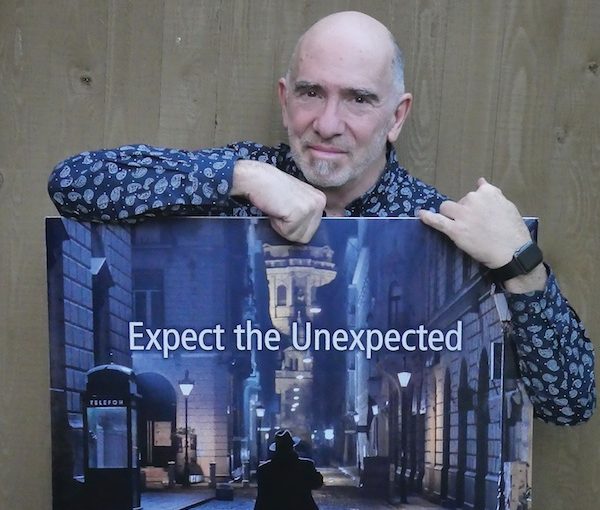 Community members who associate November with grey skies, falling leaves, American Thanksgiving and, in recent memory, the Vancouver Jewish Film Festival, can now cross the last item off the list. In 2020, the VJFF will be presenting films from Feb. 27 to March 8 instead. 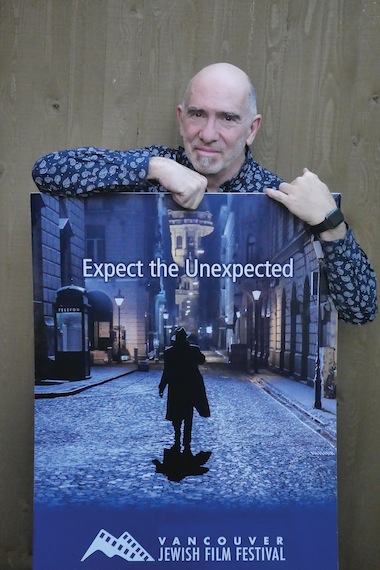 The move to March also permits the Vancouver Jewish Film Centre (VJFC), the society which oversees the festival, to raise funds at the beginning of the calendar year. Moreover, members of the festival staff believe they will have an opportunity to select from an even wider pool of relevant and available films.

Robert Albanese, who was brought in as executive and artistic director of the VJFC in 2010, highlights the past decade of growth the festival has had in the community, and its impact. He is adamant when it comes to the relevance of film and motion pictures in modern culture.

“Film is the most engaging art form of our era … film accesses and engages the broadest community,” he told the Independent.

“We provide Jewish continuity and an awareness of Israel beyond the front page through storytelling in today’s visually oriented world. It is vastly important to have a visible presence of our culture out in this media-centric world,” he added.

Albanese stresses that the VJFF seeks to engage with the broader community by offering the very best film stories it can find. Three of the international films scheduled to screen in March have been submitted by their respective countries to vie for the Best Foreign Film Award at the 2020 Oscars. In spite of Vancouver’s relatively smaller population, the VJFF has consistently been ranked as one of the top 10 Jewish film festivals for the past several years.

Albanese’s name has been ensconced in the minds of local film aficionados for more than three decades. Before coming to the VJFC, he was a general manager for Cineplex Entertainment for 15 years and served as director of exhibitions for the Vancouver International Film Festival for 10 years. Albanese also helps in the selection process for other Jewish film festivals, such as the one held in Victoria in early November.

According to Albanese, the VJFF aims “to showcase the diversity of Jewish culture, heritage and identity through film.” This can be seen in a quick glance at last year’s program which, as festival-goers might recall, included films on an array of topics, such as The Syrian Patient, about wounded Syrians brought to Israel for treatment; Heading Home, a documentary on the Israeli national baseball team; and Chewdaism, a full-length film on Jewish Montreal and its eateries from internet stars Jamie Elman and Eli Batalion of YidLife Crisis fame.

In addition to the annual festival and other events, the VJFF presents films on the last Tuesday of every month. The November film – on Nov. 26 at 1 p.m. – will be The Invisibles, a 2017 German docudrama following the lives of four Holocaust survivors. The monthly screenings take place at the Peretz Centre for Secular Jewish Culture, where the VJFC office is located, and admission is by donation.

The 2020 festival’s opening film will be held on the evening of Thursday, Feb. 27, at the Rothstein Theatre in the Jewish Community Centre of Greater Vancouver, and will be followed by a hosted reception in the centre’s Wosk Auditorium. The festival then moves to Fifth Avenue Cinemas, screening films from Feb. 28 to March 5. For its conclusion, the festival returns to the Rothstein Theatre, with films March 6-8 and special closing day celebrations March 8.

There are presently openings at the VJFC for volunteers to help with film research and selection, event planning, distribution of promotional materials and assistance at the festival, among other tasks. Volunteers receive complimentary tickets based on the number of shifts worked.

The full list of 2020 films will be available in early January on the VJFF website (vjff.org) and elsewhere. The 2020 festival is rolling back admission prices, with passes for $144 for all films, a five-film package of $60 for adults ($50 for students and seniors) and individual tickets at $15 for adults ($12 students/seniors). Tickets for gala events are $25 and an annual VJFF membership card is $2.