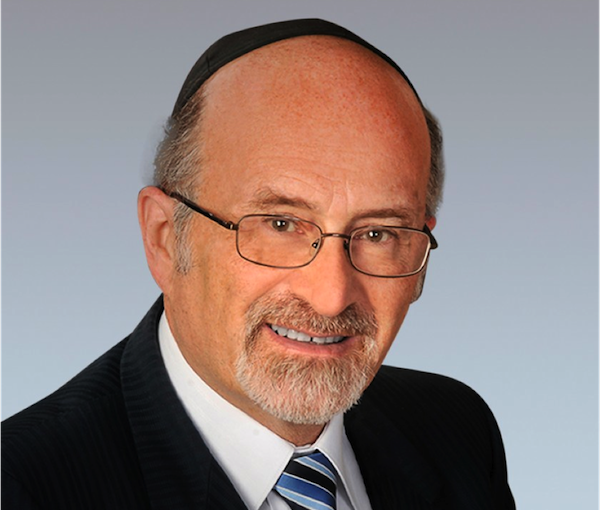 Rabbi Reuven Bulka, who served as spiritual leader of Ottawa’s Congregation Machzikei Hadas for 48 years, died of cancer early on June 27 in New York. He was 77.

Bulka moved to New York to be closer to his five children following a diagnosis of terminal liver cancer earlier this year. His funeral service took place there later on June 27, a video of which can be watched in its entirety online, via thecjn.ca/rabbi-bulka-obit.

Tributes to the beloved rabbi poured in.

Prime Minister Justin Trudeau praised Bulka for his commitment to his country and for inspiring parliamentarians to adopt Kindness Week.

Shmuel Bulka noted that God “had called for the lefty” – a nod to his father’s love of baseball. “His life’s work was about making the world a better place than it was before he got here.”

He said, “A lot of people today, when they see people who are different, all they do is go toward the differences. Some people make a career out of exploiting the differences. My father was the exact opposite. He would always look for commonalities.”

“He epitomizes kindness,” said Watson, who knew the rabbi for more than 30 years. “He was a larger-than-life figure in our community. He was a great supporter when the community needed him most.”

Andrea Freedman, president of Jewish Federation of Ottawa, told CBC that Bulka “had this amazing ability to just think through how something could be phrased that would help other people feel better.”

Retired Ottawa Police chief Charles Bordeleau said, “Rabbi Bulka was a pillar in our community and changed our country for the better. He was always there for Ottawa Police and a proud supporter of the men and women who keep Ottawa safe.”

Bulka’s passing “leaves an enormous void in our country,” tweeted CTV chief news anchor Lisa LaFlamme. “He was a man who built bridges and inspired goodness. A healer in a divided nation. I will miss our personal conversations and his public Remembrance Day benedictions.”

At a worldwide virtual prayer service for Bulka in January, former prime minister Stephen Harper said he’d had many opportunities to see the rabbi at local and national public events, and to visit with him.

“It is not for nothing Rabbi Bulka has been called Canada’s rabbi,” said Harper. “Throughout his long life, he has been a credit to his faith, to the wider community and great country.”

Harper said the main lesson he learned from Bulka is to live life from two perspectives, gratitude and hope. “Gratitude for all that we have, all that God has given us, and hope for what the future may bring,” said Harper.

Bulka was born to Rabbi Chaim Yaakov and Yehudis Bulka in London, England, on D-Day, June 6, 1944. Two years later, the family moved to the United States, where his father taught at Hebrew schools in Providence, R.I., and Rockaway, N.Y., before becoming rabbi of a synagogue in the Bronx.

Rabbi Reuven Bulka received semikhah (ordination) from the Rabbi Jacob Joseph Rabbinical Seminary in 1965, and earned a bachelor of arts degree in philosophy from City University of New York the same year.

He briefly served as an associate rabbi at Congregation K’hal Adas Yeshurun in the Bronx, before becoming rabbi of Congregation Machzikei Hadas in Ottawa in 1967. He received master’s and PhD degrees from the University of Ottawa in 1969 and 1971, respectively, concentrating on the life and work of Holocaust survivor and psychiatrist Viktor Frankl.

Bulka was an authority on Frankl’s use of logotherapy, which teaches that humans’ search for meaning in life is their prime motivational force. He later became the founder and editor of the Journal of Psychology and Judaism. He authored some 30 books and dozens of columns in the Ottawa Citizen. He was the go-to rabbi for reporters seeking a quote on a Jewish issue.

The rabbi founded Kind Canada, a nonprofit that encourages kindness. In 2019, the city named Rabbi Bulka Kindness Park in Ottawa’s Alta Vista neighbourhood. The first national Kindness Week is slated for February 2022, and Canadians are called on to carry out acts of kindness in their communities during the third week of February every year.

The week could “potentially raise the Canadian consciousness of the importance of kindness, and the ensuing commitment thereto, to levels that will make our great country even greater and make a large dent in some of the critical issues we face, including mental health, the cost of health care and bullying, among others,” Bulka told the senate committee studying the kindness bill.

He addressed the COVID pandemic at the prayer service for him, saying that, if anything was learned from it, “it’s that we’re all in this together, and the more together we are in this, the better we’re going to get out of it.”

He said the most important thing in life “is to appreciate each other.” Differences “fade into insignificance when we realize the blessings we have.”

Rabbi Bulka is survived by his wife, Leah, and five children: Yocheved Shonek, Rina Levy, Shmuel Bulka, Eliezer Bulka and Binyomin Bulka. His first wife, Naomi, died in 2001. He is to be buried in Israel in a private service.

– This article originally appeared on thecjn.ca.