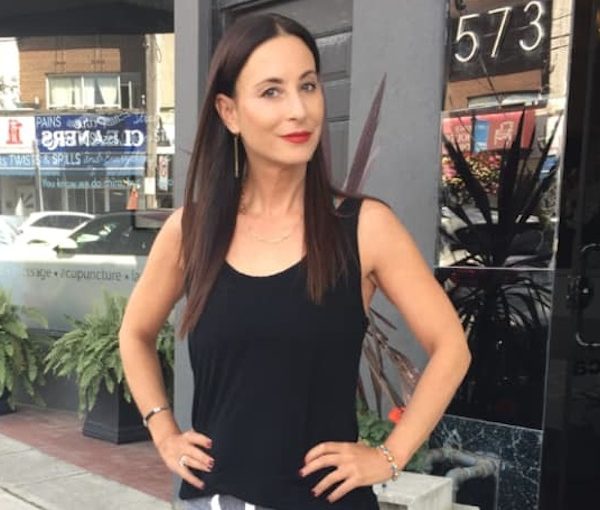 Rebecca Eckler knows firsthand the challenges of forming a mixed, blended or bonus family. Based on her experiences, the author, blogger and former National Post columnist has written Blissfully Blended Bullshit: The Uncomfortable Truth of Blending Families.

“Everyone was private messaging me saying, ‘I’m going through this with my blended family. I know you are in one. How do you handle this?’ I’m thinking, ‘People need help,’” Eckler told the Independent.

When the American television show The Brady Bunch first aired 50 years ago, its premise relied on what was then a rarity – two parents on their second marriage, each bringing three children into the same home.

“The difference with The Brady Bunch is you never saw exes. You never saw the grandparents or cousins. It was just about the family. But blended family is so many other people,” said Eckler. “There is a lot of suffering, and people in blended families don’t want to admit how hard it is,” including when parents take sides with their biological children in a tiff between siblings.

“I had no idea all the BS that pops up, and all the variations of people who have to get along,” she said. 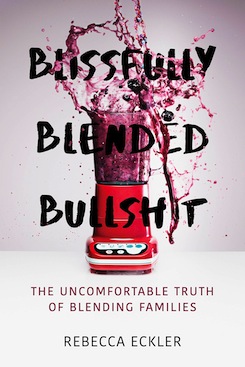 Eckler described this, her 10th book, as “my favourite book because it’s so candid.” During the writing process, she and her then-partner “unblended” and she discusses many of the unexpected issues that arose from the breakup. For example, the biological siblings, half-siblings and bonus children now weren’t – quite suddenly – in one another’s lives regularly. The more familiar struggles of breaking up with someone included the division of possessions; in Eckler’s case, agonizing back-and-forths over mundane items like the microwave and bed.

While she and her ex now have new partners, other difficult situations lay ahead.

“You know what was the hardest thing for me?” she said. “Telling [her daughter] Rowan’s dad that another man was moving into the house with two children. I felt like he would feel that another man is taking over the role of ‘dad’ in my daughter’s life. I could hear him choking up when I was telling him.”

Then there was the time that one of her (new) stepdaughters asked Eckler to go prom-dress shopping. While in the dressing room, the daughter took selfies and sent them to her biological mother. “So,” said Eckler, “while I was invited to come with her, it was her mother who had the final say. These are things that you don’t think about until they happen to you.”

One lesson learned through all of this was that partners need to keep open the lines of communication.

“I think one of the biggest mistakes at the very beginning is, we discussed nothing, which was ridiculous, but I had ‘love goggles’ on. He moved into my house and his kids were in my house 50% of the time. So, for them, I think it never felt like their home. To me, it always felt a little like, ‘this is my home’ that you guys have moved into. The [new] kids didn’t even get to pick their room.”

Horns locked over Jewish issues, too. When her partner wanted to bring ham into the home, discussions ensued – over the ‘December dilemma’ of a Christmas tree (she refused), Jewish versus mainstream summer camps, and to which grandparents they’d go to for the Passover seder.

“It’s almost like a cautionary tale, and it’s very juicy. It’s also a book for grandparents to read,” said Eckler. “I think I’d probably make a shitload of money if I came out with a line of greeting cards for blended families. ‘Happy bonus granddaughter’s day!’”