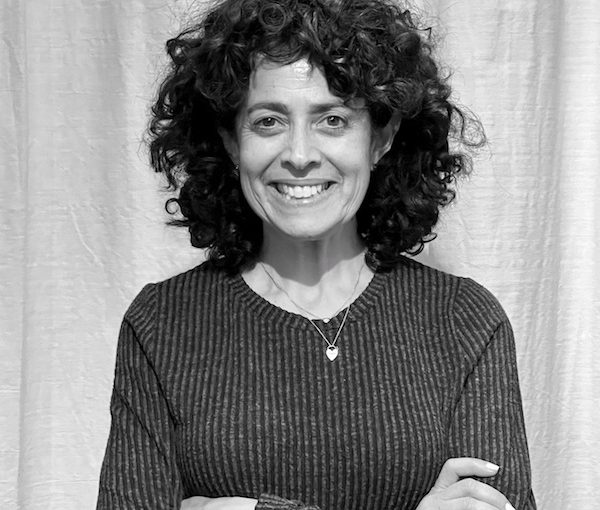 After 25 years of contributing to the communal fabric of Congregation Beth Israel, Gaynor Levin is retiring. Anyone who has had the pleasure to interact with Levin – who has worked in many different capacities at the shul – knows that she prides herself on making sure that every detail under her sphere of influence is taken care of perfectly, with a smile every time.

Levin arrived in Canada from South Africa in 1991, with Vancouver as the goal but settling in Calgary initially. She had been a teacher at a Jewish day school in Cape Town for six years and took a job at the Calgary Jewish Community Centre.

“We came from summer in Cape Town and arrived in mid-December. It was -20 in Calgary,” she said with a laugh and a little shiver.

After 11 months, Levin and her husband, Ivor, made the move to Vancouver, where they have been ever since. Her career in the Jewish community continued, as the mother of two began work at Beth Israel as a Hebrew school teacher in 1997.

After a couple of years, looking for a new challenge, she took on the half-time position of program coordinator. “It was always a team effort,” she told the Jewish Independent. “I organized big family events and adult education programs.”

As the synagogue calendar grew, new positions were added to early childhood programming and Levin worked collaboratively with volunteers and shul employees to expand the services Beth Israel provided.

By 2014, the synagogue building had been completely redeveloped.

“The shul needed a rental manager and a manager of member relations,” Levin said. “I describe this job as customer service…. I am responsible for all of the happy events.”

With the exception of funerals, she became responsible for scheduling and helping organize all lifecycle and other gatherings. She explained that the member relations part of her job dovetailed nicely with the events part because it’s often around simchahs that families think of joining a synagogue. She also took on the responsibility for the rabbi’s calendar and for booking the Schara Tzedeck mikvah when necessary for conversions.

Working at the synagogue, Levin has seen many changes over the years. For example, recently, there have been a number of conversions for same-sex couples who have adopted, or who have had a baby by surrogate, and want to convert their new infant child to Judaism.

Outside of the religious domain, Levin’s job entailed renting out the synagogue’s various spaces to different groups. Jewish organizations such as King David High School and the Jewish Federation of Greater Vancouver have used the BI ballroom over the years for large events, as have many other organizations. For example, this past May, B.C. Children’s Hospital Foundation held their Balding for Dollars fundraiser at the synagogue. Ballroom dancing, rhythmic gymnastics, Girl Guides meetings and Weight Watchers gatherings were all regularly scheduled rentals under Levin’s tenure. There were also the occasional brushes with celebrity when TV shows were filmed on the premises.

“Whenever new people looking to host an event would walk into the shul, they would always be amazed. When they see it from the outside, nobody thinks it will look like this inside,” Levin explained. “It’s the best kept secret in the city. Central location, parking, a choice of many beautiful rooms.…”

While still clearly engaged with her job and the synagogue, Levin said 25 years is a good chunk of time in one place and she’s happy to leave now, feeling great about what she’s accomplished. She said she looks forward to attending events and services without the responsibility she’s had for years. “I love BI – it’s a second home to me and always will be,” she said, smiling.

Levin said her work with the membership in particular was personally rewarding and she enjoyed being “the face people knew when they joined the shul or needed help with an event.” She laughed when she said she never wants to give up buying the flowers for Yontif or gifts for guests of the shul because that was a favourite part of her job.

“I loved the people I worked with. It felt like a family – from the custodial staff to the president of the board,” she said.

Anyone looking to book the BI for an event can still catch Levin until the end of June. After that, she’ll be continuing her volunteer work in many Jewish organizations around the city – and watch out for her if on the Grouse Grind, as she’s climbing it at least three times a week.