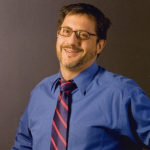 Alden Solovy would like you to fall in love with prayer. His own love of prayer has been fueled by his aliyah to Israel, learning Talmud and Torah in Jerusalem, and the liturgy of the siddur. It has been deepened by the tragedies he has experienced, including his wife’s multiple suicide attempts and her sudden death from catastrophic brain injury in 2009.

Solovy will present two sessions at Limmud Vancouver, the festival of Jewish learning that takes place this year on April 14-15 at Congregation Beth Israel. He will speak on An Israeli Life – in which he shares his experience of two wars, a refugee camp and of living in Israel as an older, liberal oleh (immigrant) – and offer Spiritual Chevruta, a workshop-style session in which participants will study a passage of prayer, then break into pairs to delve into personal prayer.

Prior to and in partnership with Limmud, Solovy will be a liturgist-in-residence at Temple Sholom. His program there will include his workshop The Art and the Act of Prayer.

Solovy grew up in Chicago and made aliyah in 2012. Living in Israel, he said, nurtures his emotional and spiritual well-being. When asked to elaborate, he highlighted a couple of the cultural differences between the United States and Israel. In the United States, he said, following a tragedy, people typically react with pity whereas, in Israel, his experience has been of empathy and of interest in the rest of his life. As well, he said, in the United States, independence is highly valued, while Israelis place more value on interdependence.

Solovy has faced some challenges in Israel. In 2015, he was attacked and injured as he celebrated Torah with women at the Kotel. In an opinion piece following the attack, he cautioned readers to not use his experience as justification for hate and prejudice. Instead, he asked them to continue to rally against misogyny and in favour of justice.

Solovy is a liturgist whose work has been used by people of all faiths. He has written nearly 700 pieces of liturgy and has an extensive publication list. His books are available on Amazon. (His most recent publication, This Grateful Heart, from CCAR Press, has enriched my own daily prayer practice.)

Solovy is a talented teacher and writing coach, and an award-winning essayist and journalist. He shares his work online at tobendlight.com and he also teaches at Hebrew Union College-Jewish Institute of Religion in Jerusalem.

In addition to Solovy’s sessions, Limmud Vancouver offers more than 40 other learning opportunities, everything from current events to Torah, history, music, art and food. This year, Limmud also offers a full day of programming for children and youth. For more information and registration, visit limmudvancouver.ca.

Leora Zalik is a volunteer with Limmud Vancouver.